Home Article 1.88 m Tall Hollywood Actor Brett Dalton Is In a Married Relationship With Wife Melissa Tm Since 2015; The Couple Shares A Daughter

1.88 m Tall Hollywood Actor Brett Dalton Is In a Married Relationship With Wife Melissa Tm Since 2015; The Couple Shares A Daughter 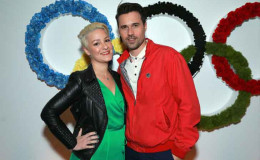 Brett Dalton, an American actor who kicked it up a notch on the Marvel's, Agents of S.H.I.E.L.D without having a lot of experience on that field leaving some sort of an electric vibe about the way he played the character.

It was a matter of interest to many of his fans whether the handsome actor is single or dating someone in real life. If you do follow his news and social media, you probably know the hunky actor is married to his long-term girlfriend, Melissa Trn and shares a daughter as well.

Let's get to know the story behind their love life!

Brett Dalton is living a joyful life with the family of three.

The 35-years-old actor is married to his long-time girlfriend Melissa Trn since 2015. The duo first met while attending the same drama school, Yale School of Drama and dated for 6 long years before finally taking a step further. 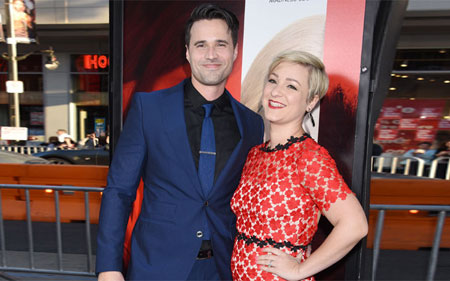 Brett and his wife Melissa are married for 3 years.

Melissa works as a costume designer for the Calhoun School in New York City and is known for her work in the entertainment industry. The couple tied the knot on 16th December 2015 in LA, California.

The pair shares an adorable daughter named Sylvia Dalton who was born in 2012. Dalton shared an adorable picture of his daughter on 16th of February when she was born captioning the picture with,

"5 years ago today, an angel came into my life and changed it forever. Happy birthday to my dearest Sylvia".

5 years ago today, an angel came into my life and changed it forever. Happy birthday to my dearest Sylvia

Dalton is very much open in talking about his love towards his daughter. He said his daughter is his life's greatest jewelry and the proud father talked much more about his memories with her.

"We have had this thing forever actually. I will pretend to chase her and scrunch up my shoulders and do a standing crab type of walk. It is really ridiculous, but I go around chasing her. I would say, ‘I’m gonna getcha. I’m gonna getcha.’ She will always laugh at that."

Dalton once shared a picture of the adorable couple on his Instagram on their 2 years anniversary.

Happy 2 years!! @melissatrn. We made it to the cotton anniversary so...new sheets? Nothing more romantic. Photo: my best man/wedding photographer @ccoffinphoto

The couple is having a lovely time with their life and let us hope we get to hear some more good news about them pretty soon.

Brett was cast in a starring role in the TV series, Agents of S.H.I.E.L.D in 2012 which was his major break on the industry.

Dalton has screened in various movies including Blue Woods, Army Wives, and even National Geographic Channel's Killing Lincoln. He was cast in the indie drama movie, The Tourist in 2014 alongside Stana Katic and Emily Atack. 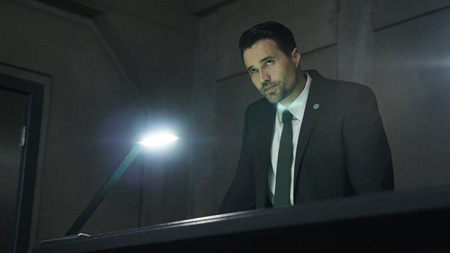 Brett screening on the show Agents of SHIELD
Source: EntertainmentTonight

Despite screening in the movie, he also has voiced characters in movies including, Until Dawn. He was also nominated by the National Academy of Video Game Trade Reviewers for his fabulous performance.

You May Also Like: Hollywood actress Blake Lively and actor Ryan Reynold's secret married life. Are they getting baby?

The actor has made a huge name for himself in the industry and a lot is still to come into his life. 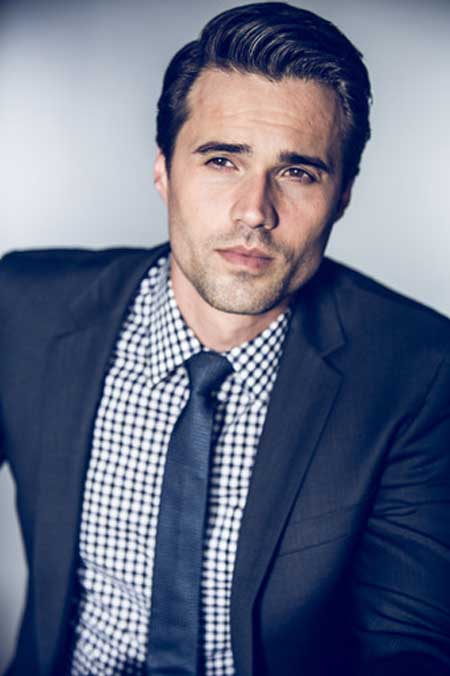