Home Article 23 Years YouTuber Gibi ASMR Dating A Boyfriend Or She Is Yet To Find Her Partner?

23 Years YouTuber Gibi ASMR Dating A Boyfriend Or She Is Yet To Find Her Partner? 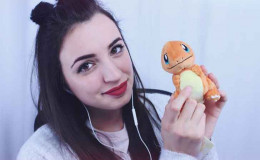 Member of the ASMRist community Gibi ASMR is helping people with a good night sleep giving them a relaxation treatment. Her tingle-inducing roleplays and soft-spoken videos have definitely been an effective treatment option for most.

Despite her amazing professional career, what's going on in her personal life? Is she dating someone? Let's get the details.

Gibi ASMR's Current Relationship Status: Is She Dating a Boyfriend?

Gibi ASMR, 24, used to watch ASMR videos for years to get a good night sleep and get rid of insomnia and anxiety. That might be the reason she finally decided to create an ASMR channel of her own in June 2016.

She has now become a member of the ASMRtist community. Besides her popular professional background, her fans are taking much interest in her personal life. 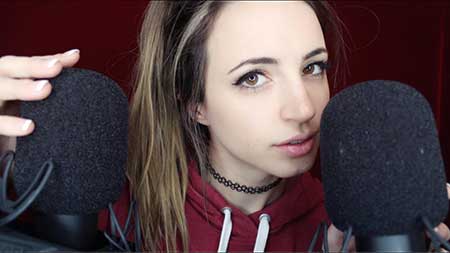 While her admirers are continuously searching for her dating life and boyfriend, she's keeping her personal life behind the bars. However, her fans speculate that she's dating a guy named 'Over Zero'.

See if you can find us in the crowd! WE IN THIS GO @OverZero GOOD LUUUCK pic.twitter.com/KlUcaRo0t7

As the two are frequently spotted together at different locations enjoying each other's company, many have allegedly started talking about them.

Last minute announcement but I am on my way to #TwitchCon !!!!! I don’t have anything official scheduled so if you see me feel free to stop and say hi! I hope everyone has a good weekend IM SO EXCITED!!!! pic.twitter.com/fOygkkRjfK

They haven't spoken about their relationship in mass. Still, we wish Gibi to reveal some more about her romantic life.

Before starting her career making her own ASMR videos, she has been a long time fan of ASMR videos. She stated that those videos made her feel more relaxed.

The ASMR videos helped her to get rid of anxiety and insomnia. As the ASMR community was growing, she was inspired to join the community and make her own videos as well.

Don’t talk to me or my anime art ever again

Here's one of her recent YouTube video titled ASMR Bloopers: The Bloopening:

She created her YouTube channel named 'Gibi ASMR' in June 2016.

Halloween is also Daisy’s birthday! She’s a spooky one. Happy Halloween everybody!!! Be safe and have fun!

Now, she aids people with sleep and relaxation treatment via her YouTube videos.

Don't Miss: YouTube stars Jesse Wellens and Jeana Smith getting a divorce as the couple lament the split

As of January 2019, her tingle inducing roleplays and soft-spoken videos have garnered over 1.6 million subscribers. 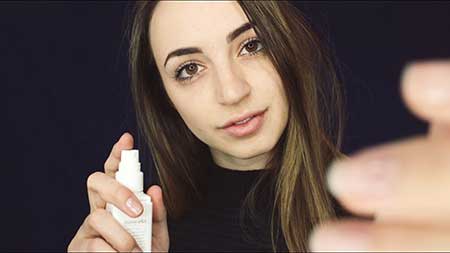