Home Article The Swimwear Designer and Model Kimberley Garner is single. Metaphorically Dating her Career; no time for Boyfriend

The Swimwear Designer and Model Kimberley Garner is single. Metaphorically Dating her Career; no time for Boyfriend 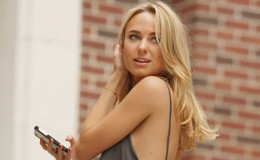 The 27-years-old actress and television personality is recently single and is very much focused on her career.

The 27-year-old Made in Chelsea star Kimberley Garner is the renowned British actress, TV personality, designer, and a socialite.

She has an utterly incredible look and is successful in dragging the attention of many with her sexy photo shoots wearing stunning outfits displaying her effortless slender curves.

She has altered herself from the TV personality to swimwear designer and flawless model and many of her die-hard fans are crazy for her and are very curious about her love life.

Though the love life of the diva is relatively private, we have made some effort in dragging some information on her personal affairs. So, stay with us!!!!

Kimberley has admitted that she has no boyfriend and is very much single these days. She revealed that she is 'newly' single after her break up with the mystery man.

“I am newly single after three years. It was a great relationship.”

Though she has never revealed the identity of the mystery man, she was encountered with the guy many times hanging out around the street or at the beach.

She was last photographed with the guy in September last year at the FeiFei Cicada show for London Fashion Week. 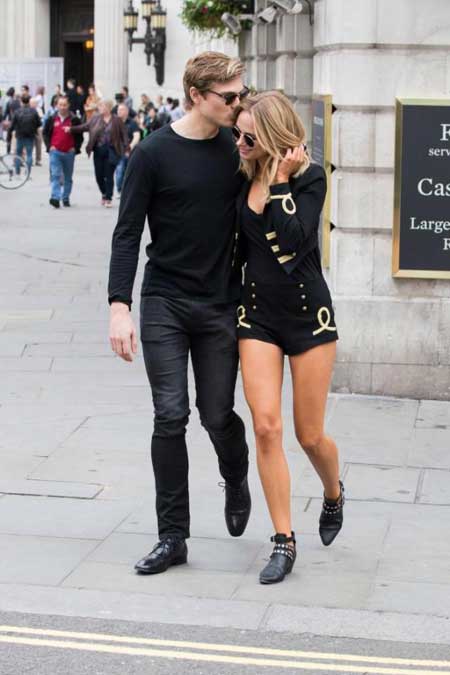 Kimberley walking with her mystery boyfriend, Source: The Sun

There is no revelation on the actual reason behind the split. However, Kimberley has made her mind to fully focus on her career than to be linked with any guy.

As we know she has her own fashion brand, she is engaged in advertising her outfits in mass media nowadays.

She was encountered at the De Grisogono Paduringring the 70th Annual Cannes Film Festival on 23 May 2017.

Here is an interview with Kimberley Garner regarding her career on Red Carpet News Flash:

She has transformed herself from a reality star to swimwear designer and since then, she has maintained her presence in many events, parties, and social gathering.

Initially, at the beginning of May, she advertised fascinating swim suits in Miami, the perfect destination for amazing pictures.

Well, she left no chance to flaunt her sexy body in course of promoting her fashion brand.

Kimberley was rumored to be in a relationship with Richard Dinan for a very short time period in December 2012. It is said that the couple dated and broke up in the same month.

With a very short time lapse, Kimberley encountered James Arthur in December 2012. James is a renowned British singer and songwriter. But that relationship also did not work out.

However, she remained surprisingly tight-lipped about her last boyfriend. She was in love with the guy for almost three years and she is finally very much single. 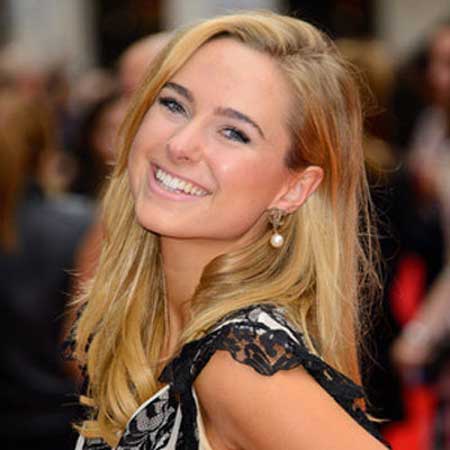 As Kimberley is an upcoming superstar, we wish her all the very best for her rising career. We are heading forward to see the diva linked emotionally with a guy soon in near future.