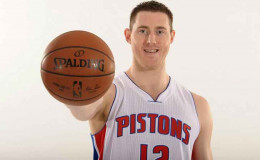 Aron John Baynes, a well- known Australian professional basketball player plying his trade in the NBA for the Boston Celtics became NBA champion in 2014 and won the hearts of millions of fans. The 31-year-old Celtics hitman lives a happy married life with his long-term girlfriend turned wife Rachel Adekponya.

Aron John Baynes, a well-known Australian professional basketball player playing his trade in the NBA for the Boston Celtics became NBA champion in 2014 and won the hearts of millions.

Aron Baynes is married to his longtime girlfriend Rachel Adekponya. It is not revealed precisely when they tied the knot, but what can be claimed with certainty is they're an adorable couple. Rachel is a young sister of the Australian player Matthew Adekpony.

So there is a likely scenario, Aron and Rachel met each other through Matthew. 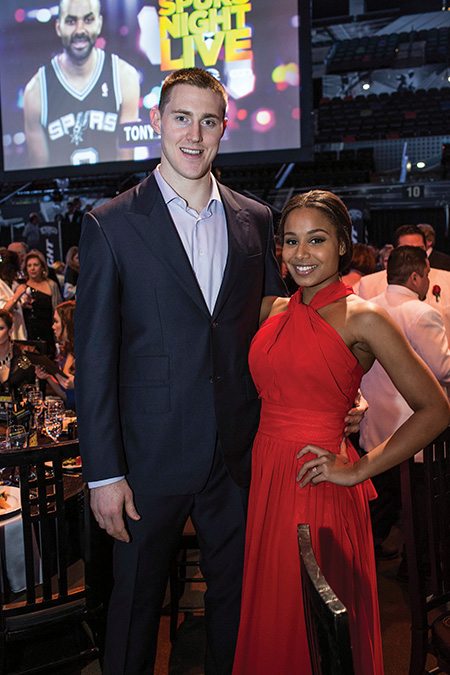 The NBA star is active on social media, in particular, Instagram. After going through his account, we can observe the couple loves hanging out and often takes pictures together. Moreover, they love traveling to exotic places.

Though the wedding date of Aron and Rachel and the subsequent ceremony is not revealed, they address themselves as husband and wife. It appears they prefer to keep certain personal matters to themselves that they feel they are not obliged to share to the public.

Despite their private nature, their posts on social media indicate they are married for a few years.

The pair shares a child, named Mason Baynes. His son first appeared on Aron's social media on 8th May 2016, while wishing a happy mother's day. He displayed the image of Mason and Rachel on a beach.

There's no doubt the entire family of three are adorable. Meanwhile, the family currently resides in Boston, the city where they shifted after Aron signed to play for the NBA big guns Boston Celtics.

After his graduation, Aron joined the Australian Institute of Sport in 04-05 season. He later accepted a college scholarship to play for Washington State University in 2006. 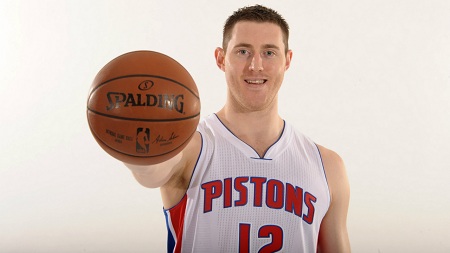 Baynes' career in the NBA began when he signed with the San Antonio Spurs on 23rd January 2013. Later, on 12 July 2015, he joined Detroit Pistons after signing a one year deal with the professional team. After two seasons he moved to Boston Celtics signing the contract on 19th July 2017.

He joined the Celtics at the time the club had a major need at the center after its two key players, Tyler Zeller and Kelly Olynyk left. Aron Baynes is currently regarded as one of the Boston Celtics' big men. 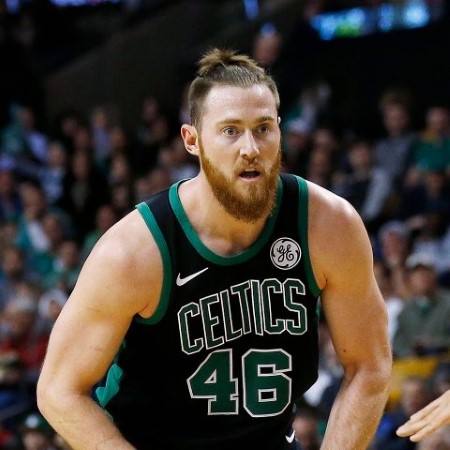