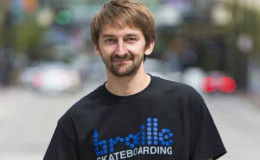 YouTuber Aaron Kyro is living a happy married life with his wife Danielle since 2010. He has a huge net worth and salary. He has no children with his wife.

Aaron Kyro, a professional skateboarder and a popular YouTube personality has achieved the best in his career. Beginning to play skateboard at the age of nine, he is now one of the most talented ones in the field across the globe. He's now become the best tutor on the internet. Learning amazing skate tricks has become easier as he's launched the first online skate school in 2017.

As he's gained wide recognition all over the world with his YouTube videos, his personal life has always been a matter of interest for many. He is living a wonderful married life with his wife of eight years. Wanna know more details? Just dive in!

Aaron Kyro is quite secretive about his personal affairs. There's no record of his dating affairs but it is pretty clear among his fans that he's a married man.

Some sources say that he met his wife, Danielle at a Scientology course class. Soon the two started dating and tied the knot in 2010. The couple is residing in San Francisco, California. 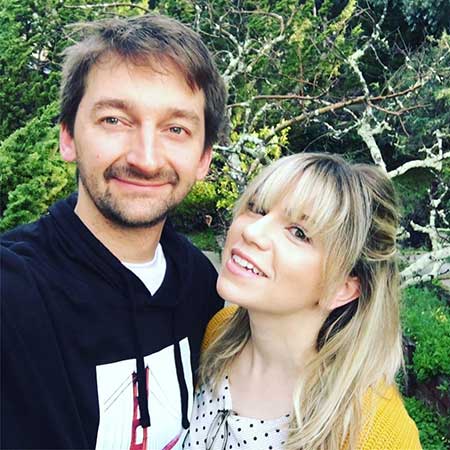 Though Kyro is ultra-secretive about his family life and wife, he still manages to share a few things with his fans. Back in April 2014, he shared a Twitter post praising his wife to be with him for four long years.

This girl has put up with being married to me for a whole 4 years! Someone get her a medal...… http://t.co/qvZHXWr9qa

Most recently, he wished 'Happy Birthday' to his gorgeous and loving wife. Also, he mentioned that he couldn't imagine his life without her.

Big happy birthday goes out to my wonderful wife! I don’t know what I would do without you. Love you babe . #wife

The lovebirds are enjoying every moment of their married life. We are looking forward to seeing the pair extending their family soon. As of November 2021, Kyro and his beloved wife are still yet to start a family of their own. Kyro has no child yet.

Kyro and Danielle are too busy with their careers and selling skateboards merch that they don't seem to be ready for kids yet.

He made a video and uploaded it on YouTube. Luckily, his video received a lot of views and went viral because many skaters saw and appreciated his moves.

Still, making money from the videos was a challenge for him. At present, he is one of the world's top-ranking skateboarders. He has bigger sponsors from the best brands in the game now.

He is considered one of the best skateboarding tutors on the internet because one can easily learn the techniques from his simplified tutorials.

Stoked to have @zexyzek in the Braille House today. Videos coming soon . #skate4

Here's Aaron Kyro talking about how it all started:

Most recently, Kyro opened the first online skating school named Braille Skate University in 2017. The school is aimed to teach skating including some of the amazing skate tricks.

Courses in the University also included teaching students how to start their own youtube channels, editing, and filming videos.

Not to mention, Kyro's YouTube channel achieved more than 5.65 million subscribers and has posted more than 4600 videos as of now. Needless to mention, Mr. Kyro is highly determined on his mission to push skateboarding as the biggest sports in the world. 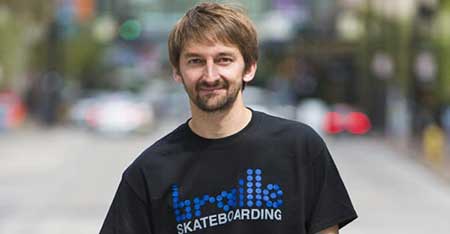