Home Article 38 Years American Rapper Remy Ma Is Married To Husband Papoose Since 2008; The Couple Has A Daughter

38 Years American Rapper Remy Ma Is Married To Husband Papoose Since 2008; The Couple Has A Daughter

Remy Ma only ever wanted to be with one special guy who she waited for years because of a certain circumstance that kept them apart. As it turned out, the wait was completely worth it at the end.

It's always admirable when a couple is willing to wait as long as they have to before they can spend their life together. However, it's easier said than done because the patience that is needed to pull it off is usually quite remarkable.

Impressively, Remy Ma only ever wanted to be with one special guy who she waited for years because of a certain circumstance that kept them apart. As it turned out, the wait was completely worth it at the end.

Remy Ma's Married Life - Together For A Decade, Expecting A New Bundle Of Joy

Remy Ma is married to her fellow rapper husband Papoose. The couple got engaged after Papoose proposed his then-girlfriend in 2008. The lovebirds tied the knot in a rather weird manner as they shared wedding vows in court before Remy was sentenced to jail. 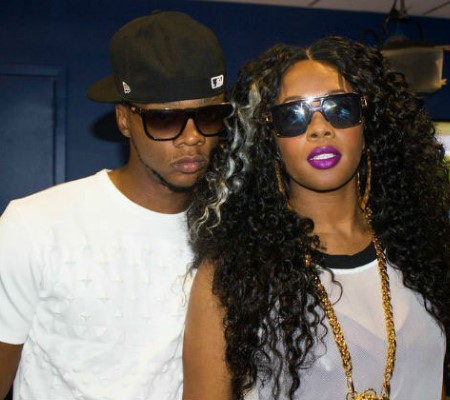 Remy Ma with her husband Papoose
Source: The Source

The duo's initially scheduled wedding did not go as planned after Ma got arrested for assault, weapons possession and attempted coercion. Subsequently, she faced 15 to 20 years in prison.

The lovebirds were preparing to get married in prison while she was awaiting sentencing. However, Papoose was allegedly caught trying to sneak a key into the building and the wedding got called off.

In May 2008, the couple finally got married in court before her sentencing hearing. Remy served for six years before getting released in May 2014. In 2016, two years after her release the couple held a proper wedding.

There were angel statues and a massive cake at the ceremony. Moreover, the minister who married the duo in court years prior also attended the wedding. The ceremony was held in front of close friends and family.

Recently in 2018, the pair renewed their vows after 10 years anniversary. Remy expressed her delight on Instagram. She wrote:

"Our marriage has been the best 10 years of my life! Needed to reassure her that I still worship the ground she walks on. I would advise all married couples to do it! It’s a reminder of the obligations, loyalty, love & respect u owe to your partner."

This weekend I celebrated a milestone with my best friend, my partner in everything, my husband, my forever @papoosepapoose I love you so much- not only because you are the perfect soulmate but because you are the epitome of a real man, the essence of a great father, and the definition of loyalty & if I could start life over the only thing I would change is meeting you sooner so that I can spend more time with you We’ve known each other 13 years & been married a decade we renewed our vows amongst our closest friends and family members It was a small, intimate setting and one of the most precious moments of my life...thank you Husband, u always make me happy  #BlackloveForever #MeetTheMackies #RemAndPap #RemyMa #RemyMafia

Was very important for me to renew my wedding vows with my #queen Our marriage has been the best 10 years of my life! Needed to reassure her that I still worship the ground she walks on. I would advise all married couples to do it! It’s a reminder of the obligations, loyalty, love & respect u owe to your partner. #blacklove 24

The joy did not stop there for the pair as the duo announced they're expecting their first child together. Remy said:

"I’ve been eating right, working out, and preparing for this for almost a year. We are so happy. Thank you to everyone that prayed for us and sent blessings our way."

Earlier in 2017, the couple had suffered a devastating miscarriage, so this news turned out to be extra special for the pair.

Meanwhile, Remy has one child of her own from a previous relationship named Jayson who is in his late teen. Moreover, she is a stepmother to three of Papoose's kids.

The marital life was not always smooth sailing for the pair. Earlier, the marriage was at risk after Papoose was accused of cheating. There were reports surfacing that the rapper allegedly impregnated another woman.

An anonymous lady claimed she slept with the rapper while Remy was serving her time in prison. She insisted he is the father of her daughter.

As per Hollywood Life, Remy never bought the rumors and she trusts her husband. Remy believes there's no chance her husband strayed.

Remy Ma And Papoose Are Starring In Their Own Reality Show

This delightful couple is letting cameras and fans into their home through a reality show titled 'Remy & Papoose - Meet The Mackies' which made its public debut on 1st October 2018.

The couple’s new 3-week-long VH1 series follows them through their everyday ups and downs. You can watch a clip of this celebrity duo’s previous special A Merry Mackie Christmas below!

Papoose and his pregnant wife Remy Ma stopped by Build Series on 27th September to discuss their new show. They talked about the notion of blended families and the key to a happy home. She said:

"You got to have consideration. When you genuinely love somebody, it’s going to work out. You’re going to make it work. It’s definitely challenging at times. But as long as we stick together, and we got that family love and that unity, nothing can break it."

The couple previously appeared on VH1’s Love & Hip Hop: New York. Remy elaborately talked about her previous miscarriage as she opened up about her struggle to conceive. 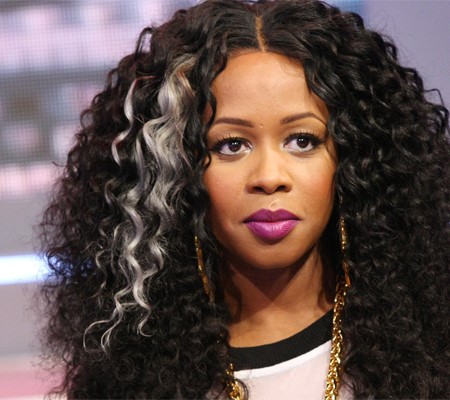