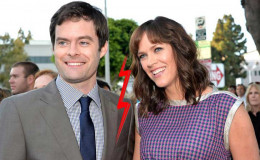 American comedian Bill Hader has reportedly filed for divorce with wife of 11 years Maggie Carey. The couple is blessed with three adorable daughters.

Saturday Night Live star Bill Hader and  Maggie Carey tied the knot earlier in 2006 have finally called it quits after a decade being together. They started living separately since July 2017 and filed for an official divorce in December 2017.

The father of three has finally reached a settlement in his divorce filing. Wanna know about their divorce agreement, child custody and more? Let's dive in!

Bill Hader and his wife Maggie Carey have finally called it quits!

Saturday Night Live star Hader, 39 and Carey, a screenwriter and director have been separated since July 2017. 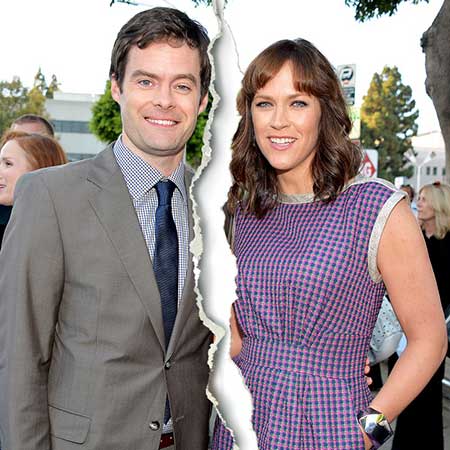 Bill Hader and his ex-wife Maggie Carey
Source: US Weekly

Hader confirmed the couple was headed for divorce in December the same year. The longtime pair who married a decade ago in 2006 is blessed with three kids together, Hannah Kathryn Hader, 8, Harper Hader 5, and Hayley Hader,3. 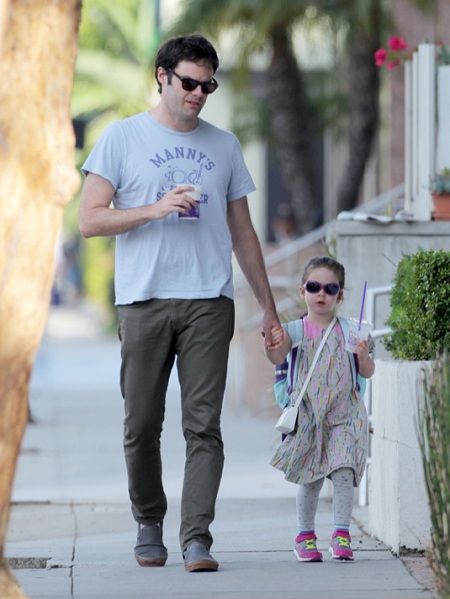 The actor and Carey reportedly met for the first time in Los Angeles via mutual friends and began a romantic affair. When Hader was cast on SNL, both of them moved to New York in 2005.

Though they lived a wonderful family life in the beginning, every between the two has been changed now.

Here's a report on their divorce story:

As per the court documents filed last year, the actor mentioned some irreconcilable differences between two. The estranged couple requested joint physical and legal custody of their kids.

Bill Hader And Maggie Carey: Soon To Be Single Legally

Hader and his ex-wife Carey have reached a settlement in their official separation.

They have finally reached an agreement in their separation after two months later the divorce was filed.

According to court documents filed on 1st March, details about the agreement including child support, child custody, and visitation, property division, spousal support, and attorneys fee and costs are mentioned in a private filing.

Sources reported that they will become legally single on 23 June 2018. Still, both Hader and Carey have not commented publicly about their split. 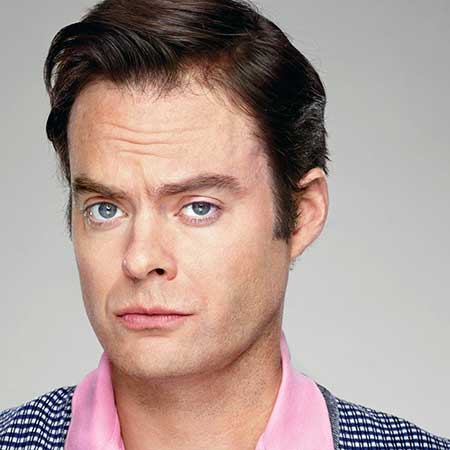