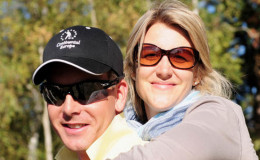 The couple who share similar passion tends to be in for the long haul. The fortunate are those who bump into such person who they end up marrying. Henrik Stenson certainly belongs to this category who knew he found his soulmate the moment he first laid his eyes on her.

The couple who share similar passion tends to be in for the long haul. The fortunate are those who bump into such person who they end up marrying. Henrik Stenson certainly belongs to this category who knew he found his soulmate the moment he first laid his eyes on her.

Stenson is in a blissful married life with his wife of over a decade with whom he shares three adorable children.

Henrik Stenson is married to his beautiful wife Emma Lofgren. The couple tied the knot in 2006 in Dubai, where they lived for 6 years before shifting to the United States. 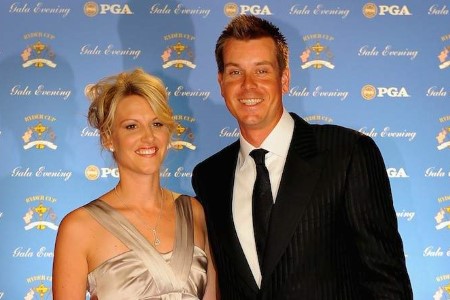 Earlier, the couple met through mutual friends. Since they were both from Sweden and had golfing mates, they bumped into each other. The pair went on their first date in 1997 during the Swedish Junior Match Play Championships.

When they first met, Lofgren was a member of the golf team at the University of South Carolina. The duo spent a lot of time together while Emma was playing at South Carolina.

Stenson was allowed to practice with the team by Puggy Blackmon who was head of the men's golf program.

The couple shares three children together. Two of them were born in Dubai. The pair welcomed their first child, a daughter named Lisa Stenson who was born in July 2007.

The lovebirds' first son and second child Karl Stenson were born in July 2007. They welcomed their third and youngest child, a daughter named Alice Stenson in October 2014. 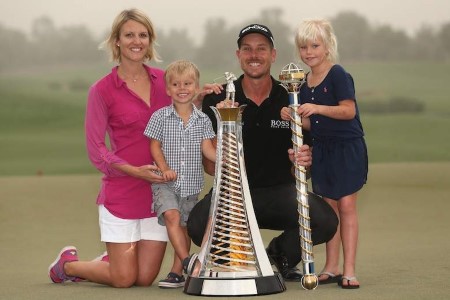 Henrik Stenson with his wife and two kids
Source: Heavy

Lofgren graduated with a degree in Public Relations and Media in 2000 from South Carolina. She later worked as a teaching pro at Barseback Golf and Country Club.

Stenson talked about the couple's shared understanding of their favorite sport. He said:

"Since we both have a golfing background, we have a mutual understanding of the game and what it takes to succeed."

The couple is openly very supportive of each other and full of praise for one another's achievements. Following Stenson's British Open victory at Royal Troon, Lofgren called the experience "unbelievable" and "so well-deserved".

Talking to The Golf Channel, Emma expressed how proud she was to see her husband earn such success. She said:

"I’m so excited that he got the chance. Not many golfers get the chance to hold the Claret Jug, or any other major championship so I’m happy for him."

Emma added it can be very challenging to keep hold of emotions while watching Henrik.

During an interview by The Golf Channel, Lofgren was asked how it felt to watch her spouse in The British Open. She responded:

"It was terrible. It’s one of the hardest days of my life. Being out there four or five hours, knowing what could happen, can happen, it’s easy to get ahead of yourself, which you can’t do in this game."

Lofgren continued, she had been out on tour with him for almost 20 years, and they had gone through ups and downs, so she was glad this one went his way.

Stenson is known to be a bit of a prankster who often pulls pranks while on tour. One of his favorite ones is where he asks other golfers for their email addresses. He'd then hand over the pen that delivers an electric shock when used.

In one of the pranks, his partner Lofgren's role was apparently crucial. As per Franz Lidz of Golf Digest, there was an instance where Stenson was climbing from their hotel room window to scare off fellow Swedish golfers during a tour stop. 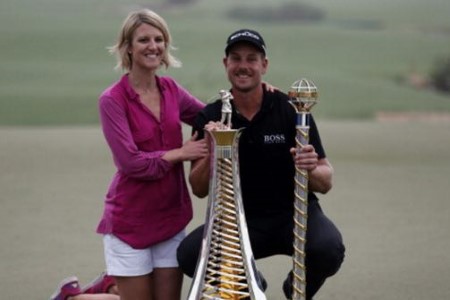 One of the willing accomplices of Stenson's pranks is his wife Lofgren
Source: Larry Brown Sports

Apparently, during a tour stop in Switzerland a few years back, the couple conspired to scare fellow Swedes who were staying in the next hotel room. They were Carl Pettersson and Olle Karlsson who were also their friends.

Wearing a hoodie, Henrik jumped from his balcony to theirs. He then slid the glass door before hiding behind the curtain. Hilariously, Stenson jumped out screaming "Just give me the money!"

Emma was apparently fully on board with the plan and in fact, a key brain behind it. Looks like the couple who pranks together definitely stays together. 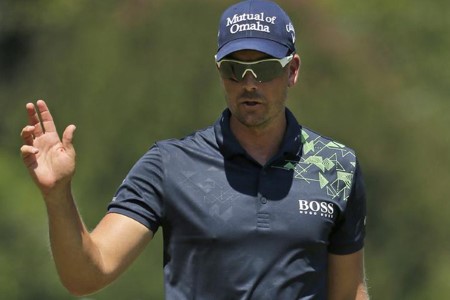