Home Article A Pizza Hut Worker Got Fired After Writing Off-Color Joke Inside The Pizza Box, But It's Hilarious! 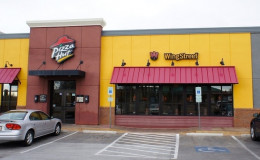 What do gynecologists and pizza delivery guys have in common? Well, it's a thinker, isn't it? But did you know this joke cost a young Pizza Hut worker her job?

Two Virginia boy of 12 and 15 years ordered pizza online from Stafford Pizza Hut and requested a joke inside their box. The box came with the joke which was considered really inappropriate and the worker got fired from her job! Keep reading for more details.

A Pizza Hut employee based in Virginia got fired recently after she wrote an off-color joke inside the pizza box which she delivered to two young teen boys.

The mother of the boys found the joke inappropriate and offensive and she complained the company, which eventually got the worker fired from her job. The worker even called the woman and apologized but this didn't get her job back. 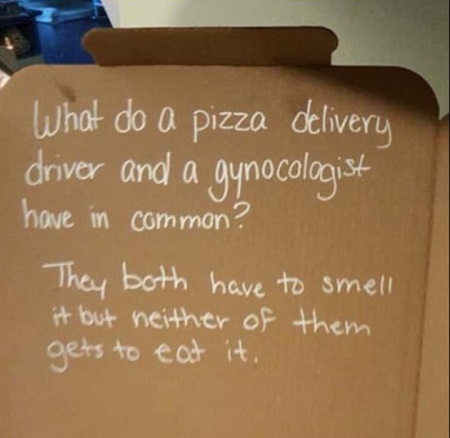 The joke started, "What do a pizza delivery driver and a gynecologist have in common? and the answer was, "They both  have to smell it, but neither of them gets to eat it."

Seeing the joke the mother explained,

"My son ordered a pizza online and under the special instructions he requested a joke."

And under the request, one of the workers, who has declined to be named publicly followed the instructions for the online order but the joke wasn't received positively. 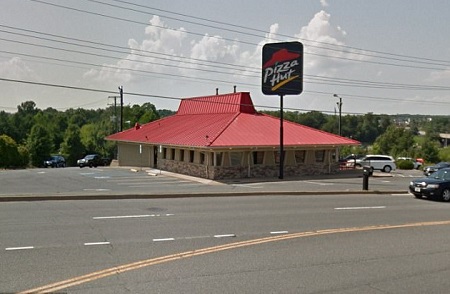 Pizza Hut in Virginia where the pizza hut worker got fired
Source: GoogleMaps

The mother of two posted the photo of the joke on her social media claiming how upset she was because of the service but she got backlashed by many people over the worker getting fired.

One of the angry messages read,

"I hope you see it in that big, black heart of yours to call back and explain that you aren't upset. Days before Christmas you got someone fired."

But the mother too hasn't backed down stating that it was an inappropriate joke and there are a time and place for everything but my pizza box is not one of them.

She further stated that she never intentioned for the worker to get fired but the management company took the harsh decision. Pizza Hut is yet to comment on the incident.