Who Is Aadila Dosani Dating After Ex-Boyfriend Rahim Jamal? 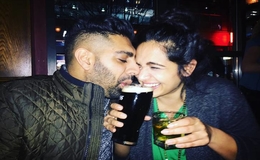 How many will actually still be friends and on good terms with someone they once dated? The idea is terrifying and a big no but Aadila Dosani has proved that staying friends with your ex-boyfriend is possible, even if their ex has pursued another person.

Canadian actress Aadila Dosani is best known for her role in The Crossing and Double Booked. While little might be known about Dosani's current love life, the actress was candid about one of her past relationships. 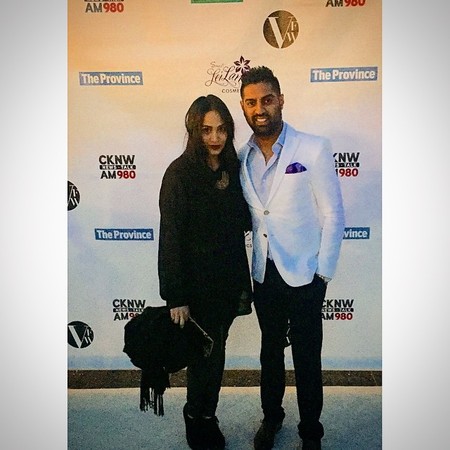 Well, Dosani previously dated ex-boyfriend Rahim Jamal for a quite long time. Interestingly, even though Aadila and Rahim have broken up, the couple is still good friends. Not to mention the fact that Rahim has moved on and gotten a new girlfriend.

As a matter of fact, Dosani also seems to be on good terms with the new woman Rahim is currently dating. At this point, one can say that the breakup between Dosani and Jamal was a mutual decision made on understanding and co-operation.

Dosani & Jamal Are Still Friends - Is She Dating Anyone New?

According to a post shared by Dosani in August 2019 on the occasion of Rahim's birthday, the Christmas Cupcakes actress frankly wrote that her ex-boyfriend was still her best friend and 'ride or die' partner. 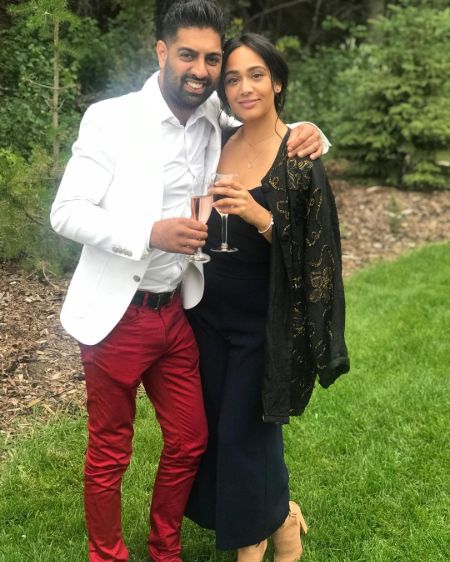 In her true words, Aadilasaid, "Who says you can’t be besties with your EX?! HAPPY FRIKIN BIRTHDAY @rahimjamal1! We have been through IT ALL throughout the DECADES (dang good and fuckin’ awful bad) and you still seem to astonish me everyday! I’m so proud of the man you have become!"

Dosani added, "You’ve made your dreams become a reality with only emitting kindness, perseverance, loyalty and love! I know this year is going to be the best yet for you! HAPPY BIRTHDAY to my best friend, family, my ride or die! Hope you and @heathrchen have an amazing day!" Aw.

But, while Rahim moved on from their breakup, Aadila is yet to find love again as she is currently single without any boyfriend rumors. Whatsoever, Dosani is having a blast with her career.

A Canadian by nationality, actress Aadila Dosani hails from Calgary Alberta where she was born to immigrant children of parents from India. Needelss to say, Aadila is ethnically Indian. And, Dosani, a AMPIA nominee for Best actress has been acting since she was a little girl. 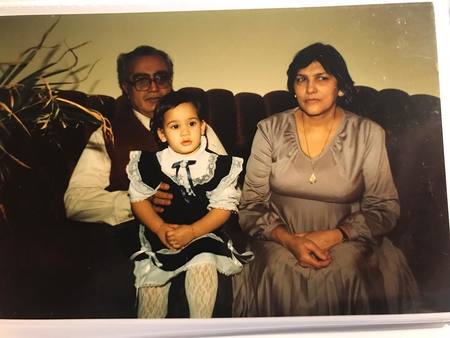 A childhood picture of Aadila Dosani and her grandparents. SOURCE: Instagram

Thus, to pursue acting, Dosani joined the University of Toronto where she earned double majors in BA and Drama & Semiotics and Communication Theory and English. Impressively enough, Dosani, a rugby player was the only female member of the rugby's championship team of the campus and played for St. Michael's College Men's Rugby Team.

Speaking of which, Aadila has been athletic since her young days and rugby was just one of the sports the Fall Back Down star loved more. Besides, Dosani is one big fan of Spice Girls and fondly remembers singing to the pop group's song with a fake mic to entertain her grandparents.

Dosani was indeed born to be a performer.