Home Article Aaj Tak News Anchor Anjana Om Kashyap has been married for 15 years. Know about her husband and children.

Aaj Tak News Anchor Anjana Om Kashyap has been married for 15 years. Know about her husband and children. 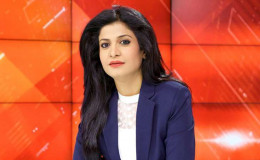 There is no any doubt that Anjana Om Kashyap is Quiet beautiful. So, many young viewers easily got attracted. As we all know, she works in the industry which is bounded to be celebrity gossips about her love affairs and personal life affairs.

Only a few people on this world become successful. Maybe they have a god gifted talents. Among them, Anjana om Kashyap is one of the many. She is an Indian journalist and News presenter. Currently, she is one of the most successful Hindi anchors of India.

There is no doubt that Anjana Om Kashyap is Quiet beautiful. So, many young viewers easily got attracted. However, you may be surprised to know that she was married before starting her journalism career.

It all started from the college time when both Kashyap and her husband fell in love with each other during their time in Daulat Ram College.

Her then boyfriend cleared the UPSC and got the IPS with union Territory cadre. At 23, she married her college sweetheart. Currently, it has nearly become 15 years since the couple got hitched.

More surprisingly Anjana Kashyap was accusing Delhi police during the time of Delhi gang rape case without disclosing the fact that her husband is a senior police officer in Delhi.

The 41-years-old mother has two children: a 15-year-old teenage daughter and an 8-year-old son. Her children are fortunate to have parents like them who are very supportive, caring and understandable.

Though, both husband and wife were occupied with their work most of the time. They both still manage to make time for their children.

She is one of the famous female TV correspondents in India. She is in this profession from the year 2003 by joining ZEE News.

After spending almost 4 years with Zee News channel in 2007 she joined News 24. She got lots of experience working in these two big media Industries.

After achieving lots of experience, she joined Aaj Tak in 2012 as Deputy Editor. Currently, she is working as Aaj Tak's  top TV anchor.

We can easily say that Aaj Tak is paying a good amount of money for her service and experience. She hosts some of the most renowned shows of Aaj Tak like “Halla Bol” where most of her guest were Politicians.

Similarly, she also hosts some more shows like ‘Rajtilak’ and ‘Dilli ki Dil me kya hai'. These shows are so much popular among the viewers.

@anjanaomkashyap did a ground report, this is 24 carrot journalism, big daddy journo must learn something from her pic.twitter.com/6bYbFuwxLu

Apart from that, she has been a part of shows like ‘Badi Behas’ and ‘Do Took’ for some other channels. Till now with her experience and hard work, she has proved herself as one of the best Indian TV news anchors.