Home Article Who was Aaron Carter? Was He Married?

Who was Aaron Carter? Was He Married? 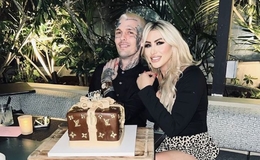 Rapper Aaron Carter is dead at 34. The Florida native was a father to one and dated several high-profile names: All details here!

Best recognized as the younger brother of the Backstreet Boys' Nick Carter, Aaron Carter was a rapper, singer, and actor. The tattoo-clad rapper has sadly departed the world at 34 and has left behind a son and an ex-fiance. Carter kicked off his singing career with the band Dead End but achieved more success in his solo pop endeavor. After consecutive hit albums, a self-titled debut, and the millions-selling Aaron's Party (Come Get It), Carter dived into his acting venture with Disney's Lizzie McGuire.

Born on December 7, 1987, in Tampa, Florida, the rapper's unfortunate demise happened on November 5, 2022. Carter was reportedly found lifeless in his bath at his home in Lancaster. As the investigation into Aaron's mysterious death continues, fans can't help but delve into the life of the dead rapper, who still had so much to look forward to. Aaron is survived by his family members, a son, and an ex-fiancee.

In the wake of Carter's untimely death, his bumpy relationship with his last girlfriend-turned-fiancee Melanie Martin, a bartender, and lash-bar owner, is being revisited. The two announced their love during the peak Corona pandemic and went on to have a relationship that can only be called tumultuous. "She loves me, she loves me not, she woke me up from napping, but I'm not complaining," wrote the rapper while nonchalantly going official with his lady love in early 2020. 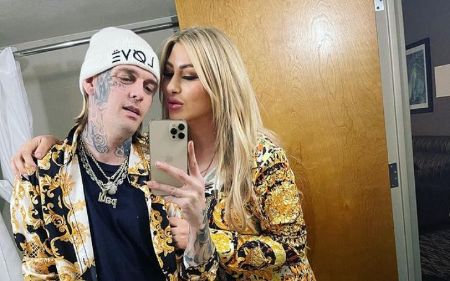 Carter had checked into rehab after losing custody of his son and splitting from Martin. SOURCE: Instagram

The Fool's Gold crooner was so engrossed in Martin's love that he debuted a new face tattoo of Martin's name two months into their relationship. Early signs of a raucous relationship was revealed when Martin was arrested and charged with domestic violence in March, following which the duo announced their split- only to patch things up a month later. The rapper and Martin announced their reunion with the news of their first pregnancy in April.

The pair were broken when Melanie lost their first baby to miscarriage, but the two came through the storm stronger and closer. "The couples that are meant to be, are the ones who go through everything that is meant to tear them apart and come out even stronger," Melanie wrote in one of the posts for Carter. While going through the challenging period, Aaron shared they were going to conceive again. 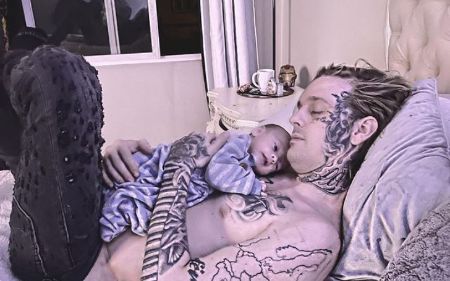 Carter and Martin had an on-and-off relationship for nearly two years. SOURCE: Instagram

"She suffered a miscarriage due to stress conditions," Carter said via a YouTube video, adding, "We're gonna give it some time, let her heal and then we're going to try again. We both want that. I gotta take care of her." The twosome's next step in starting a family was a low-key betrothal. "Love wins #iloveyou3000 #engaged #fiance #ourlovestory," Carter wrote as he announced his engagement with Martin.

The couple's engagement was followed by the birth of their rainbow baby, Prince, in November 2021 and a brief split. Citing the reason behind their split, the rapper revealed Martin and his family were conspiring to put him under conservatorship. Throughout their on-and-off relationship, Carter portrayed himself as a family man and one woman-man, one who doesn't jump from one relationship to another. 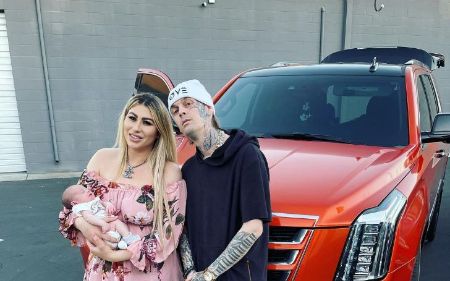 Carter was found dead in his Lancaster apartment on November 5. SOURCE: Instagram

"I [wanted] to be at home and enjoy the love of my life and my child. Now that it's here, it's like an epiphany. Every minute now has become so precious, and every bit of time that slips by now," the Tampa-born said during an interview. But all the ups and downs seemed like an experience down the drain when the duo ended things nastily earlier this year. "My relationship has come to a point where we have to part ways. Please respect my privacy at this time. Thank you," Aaron tweeted. The rapper also filed for a restraining order against his baby mama, alleging she had been causing him "emotional distress."

Carter might not have made it as big as his brother Nick in the industry, but the late rapper had his share of relationships with high-profile stars. The rapper-turned-actor was only thirteen when he started dating his Lizzie McGuire co-star Hilary Duff. The teenager's love was as innocent as it was fleeting. Years after the pair's breakup, Carter professed how much he regrets breaking up with Duff. 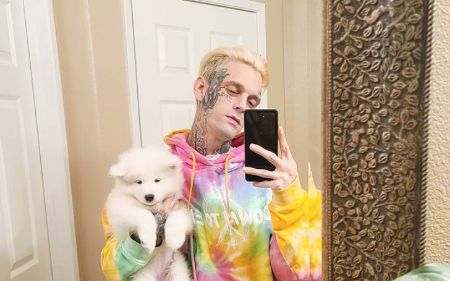 Carter dated his co-star Hilary Duff for over a year. SOURCE: Instagram

"I don't know who she is today, she doesn't know who I am today, but I would sweep her off her feet if I ever got a chance to again and fix what I did wrong," the rapper had said. "I was dating her (Duff) for like a year and a half and then I just got a little bored, so I went and started getting to know Lindsay, dating Lindsay," Aaron said. The rapper and Disney star Lindsay Lohan were an item, but only for a brief period.

Aaron was always a family man, considering the rapper was only eighteen when he proposed to his brother's ex-girlfriend, Kari Anne Peniche, 22 then. When the pair's engagement was called off as anticipated by many, a rep for Carter said, "he decided he had made a mistake. He's young and got caught up in the moment. He hopes they can be friends." Aaron's life came under intense media scrutiny when the rapper emerged as bisexual in 2017.

"There were years that went by that I thought about, but it wasn't until I was 17 years old, after a few relationships with girls, I had an experience with a male that I had an attraction to who I also worked with and grew up with," Carter wrote in his since-deleted tweet. The surprising revelation was preceded by his failed relationship with a woman named Madison Parker. The late rapper's last girlfriend, before his bumpy relationship with Martin, was Lina Valentina.

Mourning the death of Carter, Valentina posted a heart-wrenching tribute on her Instagram story. Reminiscing on their shared time together, Valentia wrote how Carter's addiction won over their love. She added, "Even broken up, you'd always tell me you'd find me one day, and if you die, you will find me. You can rest now, Aaron; I'm wishing you so much peace. You're e absolutely in a better place than you have been in the last couple of years until we meet again.