Academy Awards Winning Actor Ethan Hawke Married Twice, Is Now With Wife Ryan Hawke; What About His Past Affairs? 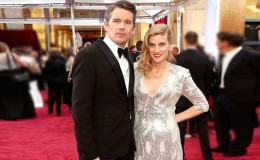 Famous for his roles in the Hollywood movies, Ethan Hawke has been married twice in his life. Let's see what we know about the actor personal life.

Known for his fame in Hollywood, actor Ethan Hawke has screened in several movies till now and has attracted several people by his charm and talent. Starting his career from an early age, the actor has gained much experience in this field and has done great in the Hollywood industry.

The actor is married and is living a happy life with his wife and children but what is the story behind getting married twice? So, let's know about the talented actor's personal life.

Actor Ethan Hawke Married Again; This Time With A Nanny

Ethan Green Hawke, famous American actor, writer, and director known for his role in famous movies like Boyhood, Before Sunrise and several others has been hit in the industry for a long period of time now.

Talking about his love life, the actor is currently married to Ryan Hawke. Turns out that the couple met while Ryan was a nanny for Ethan's children with his ex-wife when Ryan was still a student. 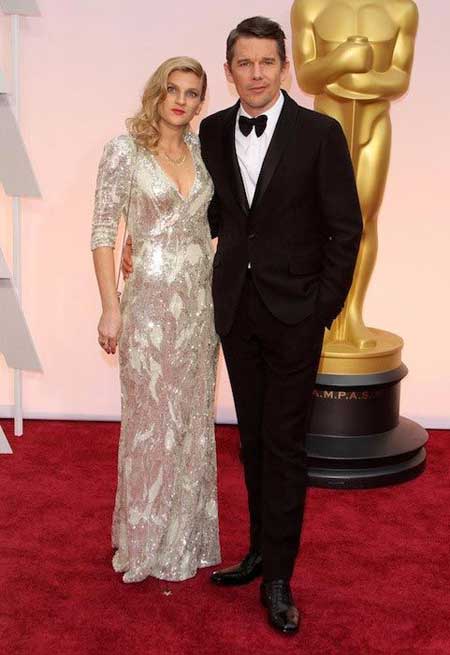 Ethan with his wife Ryan of Academy Awards
Source: Pinterest

They tied the knot in 2008. There were speculations that Ethan had a relationship with Ryan which led him to split up with his ex-wife.

The couple has two children, daughter Clementine Jane, and a son Indiana. The couple has been spotted several times throughout occasions and roaming around the city chatting and chilling. 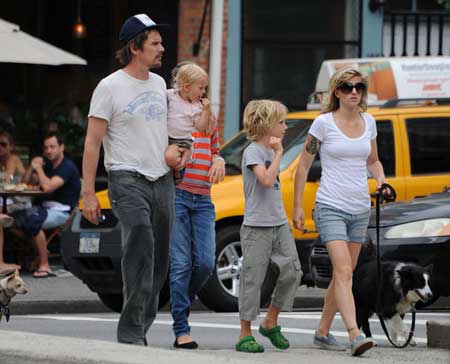 Ethan roaming around the city with his wife and kids
Source: Zimbio

Other than her work as a nanny, she also has some experience in acting as Ethan gave her a role in the movie he directed, The Hottest State which was released back in 2006. 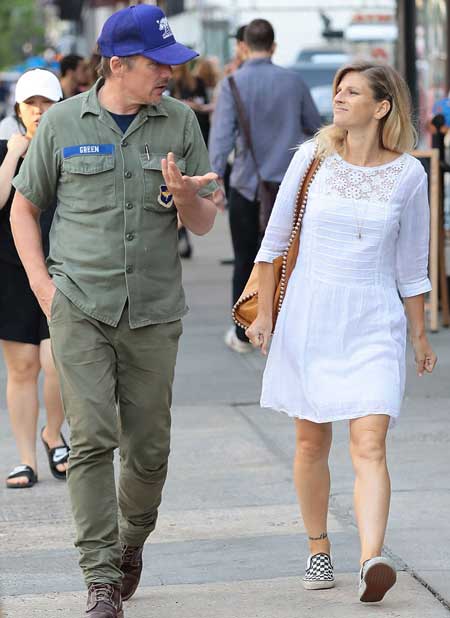 Well, there are several cases where someone falls for a nanny and Ethan is one of them.

Past Affairs Of Hollywood Star, Ethan:

The charming actor has been married two times till now. Everyone knows about the beautiful actress Uma Thurman who has screened in several movies like Pulp Fiction, Gattaca and several others. 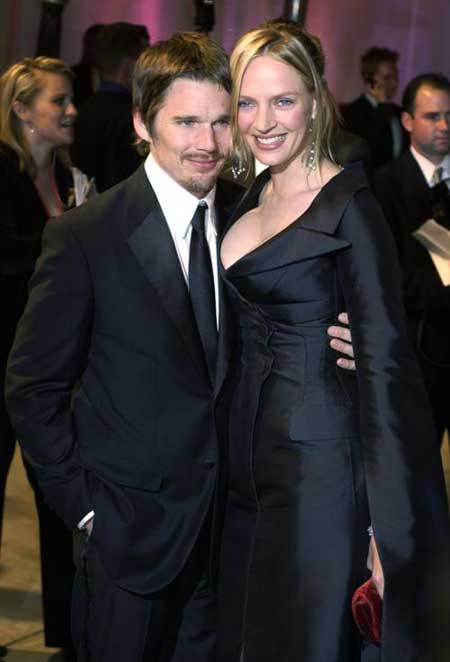 Ethan was married to Uma Thurman back in the days. The couple met on the set of the movie Gattaca in 1996. The couple got married in 1998 and share two children daughter Maya and son Levon. Uma was previously married to a British actor Gary Oldman for two years in 1990.

My date to the @filmindependent #SpiritAwards is way cooler than me. Thanks for making me look good. @maya_hawke

Ethan, when asked said he jumped into marriage at a young age of 27 which led to several problems in their relationship and ended up getting divorced.

Some sources also claim that the marriage ended up because he was having an affair with the couple's nanny but who knows?

Well, the couple had a great time while they were together but the whole thing ended up in a bad way. 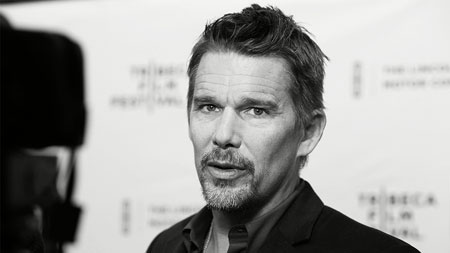