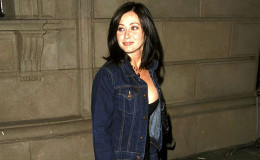 Shannen Doherty who was in remission in April 2017 shared that she just worked for seven days per week and is feeling blessed via her Instagram on 29 January 2018. She was diagnosed with cancer in March 2015.

Shannen Doherty seems to be healthy and happy after her cancer battle for two years. The actress who was diagnosed with breast cancer in March 2015 recently shared that she feels blessed to be back to her work. She is all set to make her comeback in the entertainment industry with positive energy which she shared via her Instagram.

How is she's holding up after going through painful two-year-long cancer battle? Her loving husband Kurt Iswarienko has always been a great support to her but what about now? The answers are right here.

Shannen Doherty who was in remission in April 2017 shared that she just worked for seven days per week and is feeling blessed via her Instagram on 29 January 2018.

The 46-year-old actress was diagnosed with cancer in March 2015.

The actress wrote a heartfelt message on her Instagram. She wrote:

"It wasn’t that long ago that I wondered if I would ever get to go back to doing what I love. Slipping into a character. Creating. Being on set, around the circus and feeling that deep satisfaction of accomplishment. This past week I worked 7 days. No weekend off and I loved every second."

She also said how lucky she felt to make her comeback:

"Yes I worked hard to get here but I’m also very blessed. Lucky, fortunate and not a day goes by that I don’t thank God for this blessing of a life I have. So off to work I go with a full spirit. A spirit of gratitude and love and deep appreciation. There is beauty in everything."

Heathers star revealed in November 2016 that cancer made her "a better human being" and made her life "better".

"Cancer has changed my life for the better. It's made me a better human being. It stripped away all the walls and barrier.. ... It exposes any lie in your life whatsoever. It exposes who's not really truly there for you and who really is there for you."

"It's this brilliant thing where you just look around and think, 'Oh my God, this person is amazing. They're showing up for me in a way I never expected."

As for now, the actress is busy on her TV series Heathers and Mallrats.

Shannen Doherty Diagnosed With Breast Cancer In 2015: Shared She's Blessed To Have A Supporting Husband

The actress was diagnosed with breast cancer that spread to her lymph nodes in March 2015. In an interview with People in February 2016, she revealed that she got late treatment as her business managers delayed to pay her health insurance.

Doherty also revealed that she was receiving anti-estrogen treatment to shrink the tumor and enable treatment by lumpectomy rather than mastectomy. 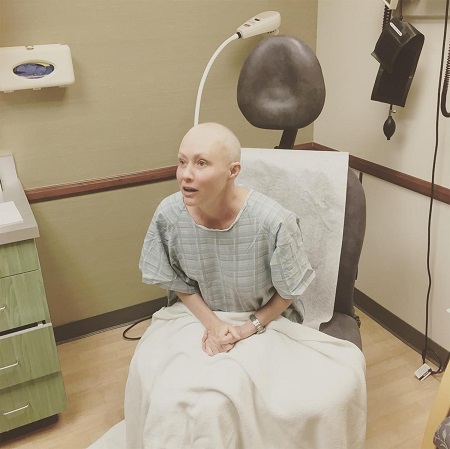 Shannen Doherty diagnosed with breast cancer in 2015
Source: US Magazine

She received anti-estrogen treatment to shrink the tumor and single mastectomy in 2016, however, her cancer got even more advanced than before. So, she underwent chemotherapy and radiotherapy.

The actress later revealed that she was in remission on April 29, 2017, via her Instagram.

"Moments. They happen. Today was and is a moment. What does remission mean? I heard that word and have no idea how to react. Good news? YES. Overwhelming. YES. Now more waiting. As every single one of my fellow cancer family knows, the next five years is crucial. Reoccurrences happen all the time."

She further explained her experience writing:

"Many of you have shared that very story with me. So with a heart that is certainly lighter, I wait. In the meantime, decisions. Reconstruction which is several surgeries. Decision on taking a pill for the next five years that comes with its own set of problems and side effects. I am blessed, I know that. But for now.... remission. I'm going to just breathe. #cancerslayer"

On October 2017, Doherty also shared a candid throwback picture of her painful cancer treatment therapy on her Instagram.

Also, Shannen has always shared how blessed she's to have a loving and supporting husband like Kurt. The pair tied knots in a beautiful wedding back on October 15, 2011, in Malibu and throughout the journey, Kurt has been patient and supportive towards Shannen.

The Charmed actress posted a wedding throwback on her Instagram and shared,

"I would walk any path with this man. Take any bullet for him and slay every dragon to protect him. He is my soul mate. My other half. I am blessed.'

And now, as Shannen has finally recovered, Kurt is more than happy and it won't be wrong to say that his efforts as a husband is truly admirable! 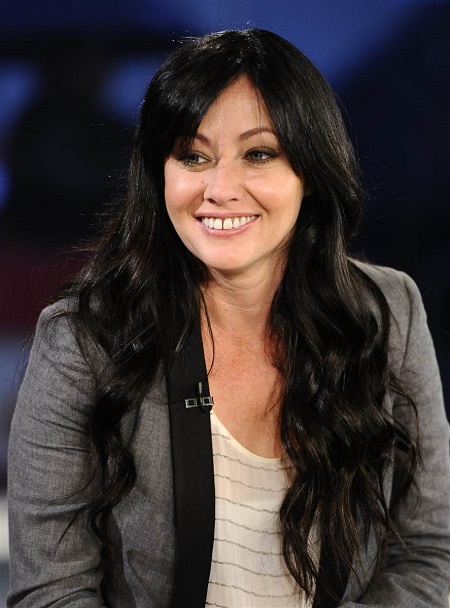