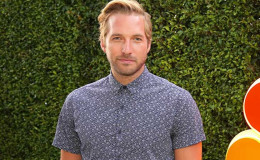 One of the sexiest men alive actor and comedian Ryan Hansen became fans favorite portraying the role of Dick Casablancas on the drama series Veronica Mars is doing his best and rising a step ahead in his professional career. Not only his profession, but his personal life is also equally effective and successful.

One of the sexiest men alive actor and comedian Ryan Hansen became fans favorite portraying the role of Dick Casablancas on the drama series Veronica Mars is doing his best and rising a step ahead in his professional career. Not only his profession, but his personal life is also equally effective and successful.

Hansen is living a blessed life with his wife Amy Russell. The couple is enjoying every moment of their life with three adorable kids. Wanna know the details? Let's move on!

Is Ryan Hansen and Amy Russell Still Together?

Speaking of his most recent work, Hansen stars in the 2020 movies Fantasy Island and Like a Boss alongside Jimmu O. Yang and Lucy Hale released on January 10 and February 14.

It might be sad news for Ryan Hansen female fans but it's indeed the fact that the Veronica Mars star has settled down and married.

Breaking many young hearts, the Party Down star married his wife, Amy Russell in 2004. 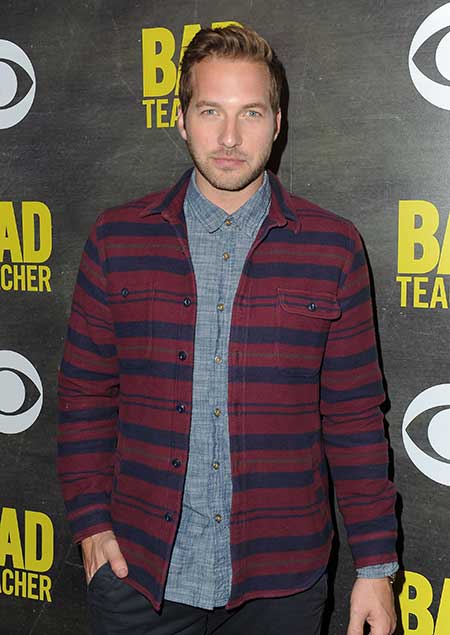 Hansen and Russell don't walk together on the red carpet events. The pair is, in fact, an expert in managing all the personal matters under the radar.

Though they have made an impression of a private couple, they share some wonderful moments via Instagram.

The couple is blessed with three adorable daughters. They welcomed their first child, Crosby Jane in 2009 when they lived with Ryan's Veronica Mars co-star Kristen Bell.

They became parents for the second time on 17th April 2012 welcoming Millie Magnolia while the third one arrived on earth in 2015. They just celebrated Millie's 6th birthday and posted their family portrayal via Instagram.

My daughter Millie’s only birthday wish was for a FalloutBoy party and the best dude in the world @petewentz made it happen with a backyard concert and T-shirts!! Thanks Pete and @patrickstump for RUINING all other birthday party’s. It was a freaking dream come true. HAPPY 6th BIRTHDAY MILLIE!??

He announced the sex of his third baby via Instagram in April 2015. The proud dad kissed Hansen's baby bump.

The pair never misses a single chance to adore their lovely family life; also sharing their happiness with fans on social media. Who else can be happier than these people in the image?

No doubt, he's not only a loving and caring husband but also a perfect father. Seventeen years later, Hansen and his wife are in love and happily married.

Hansen, 36, started his career performing guest roles on TV series including That's So Raven, Las Vegas, and Grounded for Life.

Initially, he gave an audition for the role of Duncan Kane on Veronica Mars but lost out to Teddy Dunn. In 2008, he performed in Superhero Movie which was released on 28 March.

Me and 2 of my girls and a cousin last week at Disney. FINALLY doing the “big rides” and I could not be more pumped!!! Yes!!!

He played the role of Ben Lewis on the NBC sitcom Friends with Benefits in 2011. He performed a recurring role as Andy on the CBS sitcom 2 Broke Girls. He appeared in a supporting role in the movie Hit and Run with Kristen Bell, Dax Shepard, and Bradley Cooper.

Recently, he starred in Grandfathered, American Dad!, Teachers, and American Housewife. His new movie, Dog Days, an American drama-comedy is set to be released on 10 August 2018. Likewise, Hansen also appeared in Good on Paper as Dennis Kelly and A Million Little Things as Camden for two episodes.

In 2021, Hansen also started his business and finally launched 'Honey & Roses Coffee Co' which is a coffee startup. The coffee business which has been going great also earns Hansen thousands of bucks.

Ryan Hansen is actively involved in humanitarian works apart from his movie career. He is a true supporter of the Invisible Children campaign which was founded by his brother-in-law, Jason Russell. In the same vein, the Fountain Valley native starred in the online series The LXD: The Legion of Extraordinary Dancers which adds $50% of the profits to the Invisible Children Campaign. 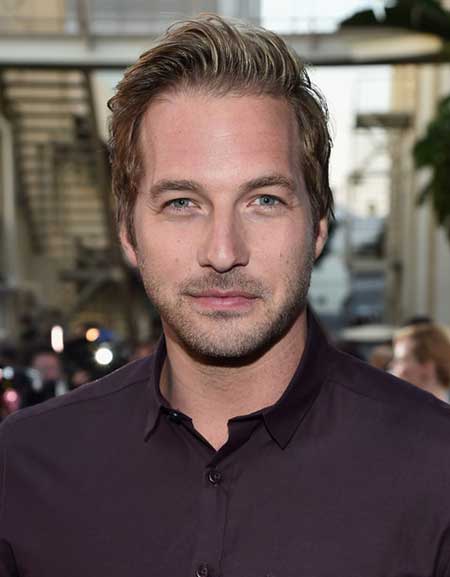