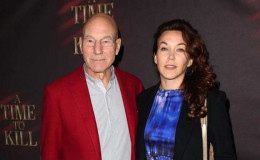 The fans of X-Men movie series are familiar with founder and mentor of X-Men; Professor Charles Xavier. The actor who brilliantly portrayed the role of Professor is English actor Patrick Stewart. The Star Trek fans know him and adore him as Captain Jean-Luc Picard. After spending more than six decades in Hollywood, the actor hasn't slowed down a bit.

The talented actor is currently enjoying marital bliss with his beautiful and charming wife Sunny Ozell. Before marrying Sunny, Patrick was married twice. Wanna know the details of his marital life and past affairs and relationship? Then, without further ado, let's get right into it.

Patrick Stewart has been happily married to singer and songwriter Sunny Ozell since September 2013. They seem to be in deep love. Despite having the age difference of 38 years, they are happy with each other. 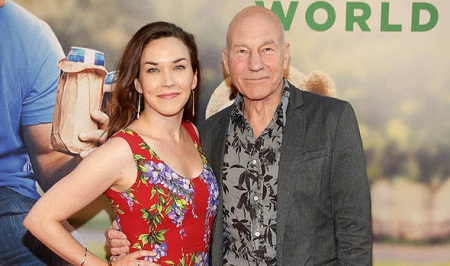 As per the report, Patrick and Sunny met for the first time in Brooklyn, New York in 2008. Apparently, they were introduced to each other by their mutual friend. The couple hasn't revealed the name of their matchmaker.

At that time, Sunny was working as a waitress at a local restaurant -cum-pizzeria. She was awestruck to see Patrick in front of her and freaked out for a while.

About her first meeting with Patrick, Sunny recalls;

‘I was a little freaked out by seeing Patrick Stewart in my restaurant,’

Patrick was in his 70s and Sunny was in her 30s and making a name for herself as a singer in the local jazz clubs. Despite age differences, they were attracted to one another. 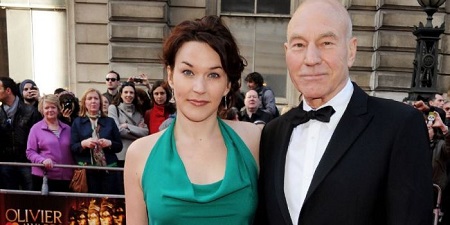 Patrick and Sunny during the photoshoot
Source: Telegraph

Patrick and Sunny started dating right away in 2008. After dating for years, they started a live-in relationship together in 2012, after Patrick bought a home in Park Slope, Brooklyn. They got engaged in March 2013 and decided to tie the knot in September 2013. They got married after dating for five years.

The couple married during a private wedding ceremony held near Lake Tahoe, Nevada on September 7, 2013. It is reported that they chose to marry there as Sunny had precious memories growing up there. 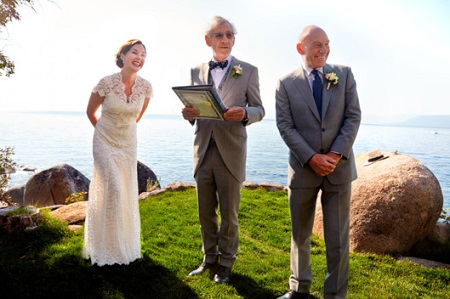 The couple has been enjoying a steady relationship, since marrying in 2013. They have seen attending programs, events, award ceremonies and promoting Patrick's movies together. 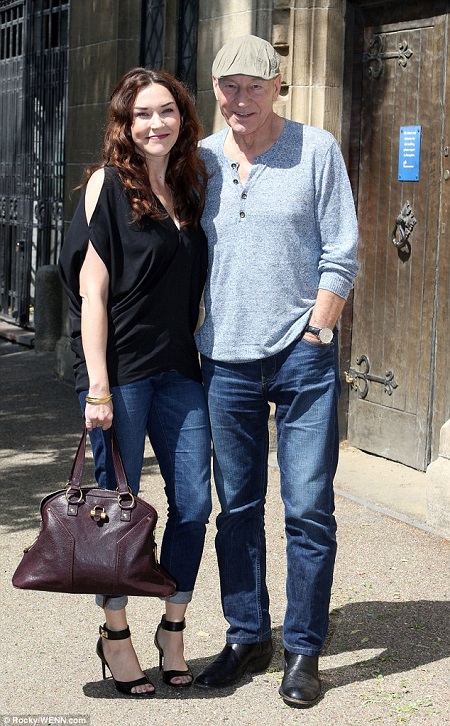 The lovebirds do not hesitate from showing their love out in the open. They cannot stop from gushing over each other in their social media. They do not let their professional life interfere in their personal life. 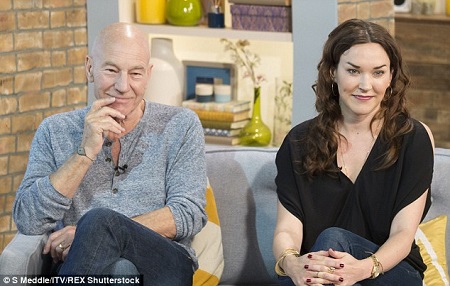 Patrick and Sunny expresses their love and relationship on TV
Source: Express

Patrick is flying high on the success of his 2017 outings Logan, The Wilde Wedding, and The Emoji movie. While Sunny is busy with her music and band. She recently debuted her album 'Take It With Me'. Sunny's band performs Jazz, folk, and Americana; apart from doing cover songs of musical greats.

An update on Ginger Gurl from Sunny and me at the link in bio...

The couple owns a pet dog named Ginger. At times, they celebrated festivals and good memories with Patrick's son Daniel Freedom and daughter Sophie Alexandra; from his first marriage.

In an interview, Sunny revealed it was awkward to meet Patrick's children for the first time as she was much younger than them. But, slowly, they became good friends and have a good relationship. Sunny also revealed that Patrick has become buddy-buddy with her father.

Before he fell in love and married Sunny Ozella, Patrick was in a marital relationship twice.

Patrick Stewart's first marriage was to actress Sheila Falconer. Patrick met Sheila in 1965. The pair dated for a year in 1966. Slowly, they fell in love and married in the year 1966. After enjoying the marital relationship for 24 years, the pair divorced in 1990. Not much detail has been known about the details of their marital relationship and reason for their divorce.

Patrick and Sheila became parents of son Daniel Freedom Stewart (born in 1967) and daughter Sophie Alexandra Stewart (born in 1972). Daniel starred in 1993 movie Death Train and Star Trek: The Next Generation; along with his father Patrick, as Captain Picard's son in 1992. 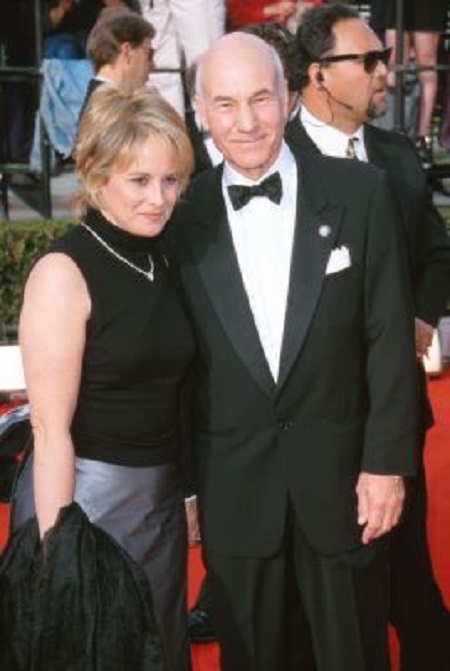 10 years after his first marriage with Sheila, Patrick fell in love with actress Wendy Neuss. As per the report, they met each other for the first time in 1994. The pair started dating each other in 1994 and deiced to get engaged in 1997.

Though, they haven't shared much detail of their relationship; it is assumed that they had some family issues and conflicts. The couple finalized their divorced in 2003.

Aside from his failed marriages twice, Patrick has also been in a relationship with actress Lisa Dillon. As per the report, they were in a relationship from 2003 to 2007. It is also known that Patrick met Lisa, four months after his divorce was finalized with his second wife Wendy. 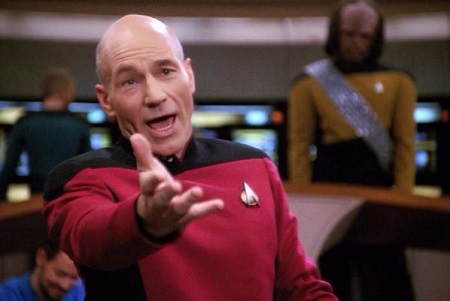