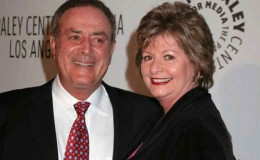 Al Michaels is a well-known name in the sports industry. He is a Sports broadcaster and is happily married to his wife, Linda Stamatom. He has two children Jennifer, and Steven Michaels.

True love triumphs all hardships and the support of each other can bear through any obstacle so to find true love nowadays is rarer than anything else so it wouldn't be wrong to say that Al Michaels has been really lucky to have found it.

Al is a sports broadcaster and has a big name in the industry. His marriage proves that if the love is true, a relationship can be retained even in the midst of the chaos of all the glamour and fame.

Al Michaels met Linda Stamaton at Hamilton High School in Los Angeles while studying in the tenth grade. They were 15 when they first met and have been together since. Al married Linda at the age of 22 on August 27, 1966, and they have two children Jennifer, and Steven Michaels.

After moving to few places for Al's career, the duo currently resides at their house in Brentwood, Los Angeles. 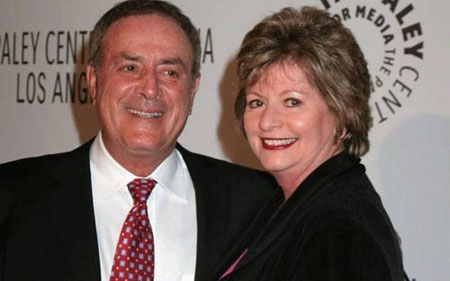 Al and Linda are known as the miracle couple as they seem to have been together throughout their lives. The couple gets quite the attention from the media and rightly so as there are only a few married pairs who are able to keep their vow of 'till death do us apart'.

When Sports Illustrated asked Al who knew him best, he answered that it was Linda, and called his relationship with her "the biggest piece of luck" he had ever received in his life. He further added,

"Linda and I met in the 10th grade so we have known each other since we were 15. She is the love of my life. She is just the greatest. That is the biggest piece of luck that ever came down the pike for me."

The love between them can also be clearly seen by people and they also express it without any hesitation. Al is active on social media and last year posted on Instagram expressing his love towards Linda at the time of their anniversary.

Throwback to one of the best days of my life. I love you, Linda Anne Stamaton.

Being married for more than 50 years, their love is the love of fairytales as they have defied the present day odds of staying married. With Linda complaining that Al doesn't eat vegetables, these petty squabbles in their marriage have made their love rather strong.

Al and Linda met when they were teenagers so there has been no other love interest in their lives other than each other and throughout their blessed marriage, there has been no news of any unfaithfulness and extramarital affairs from either of them. 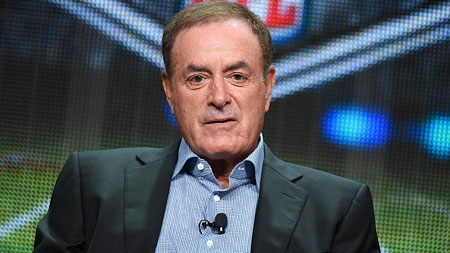 The lovely pair got married approximately 10 years before Al's decades-long career as an ABC Sports broadcaster. And to put it in another interesting way, they were married before the first-ever Super Bowl was even played.

With an estimated net worth of $20 million dollars and the chaos of one's career, it is not hard to stray away from the values and principles of one's life but the support for each other has clearly helped them soldier on and push through all the fame they have garnered throughout their lives. 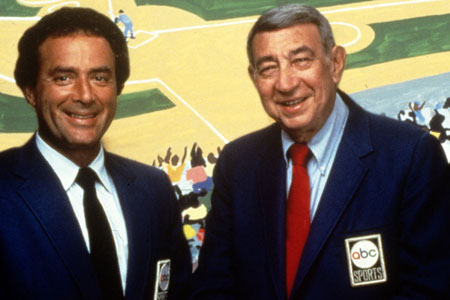 They are both strong family valued people and believe in the strength of family which could also be one of the secrets of their long-lasting union. They have also raised their children with the same values and the Michaels family is frequently seen together in public.

It's hard not to fall in love with the beautiful lovebirds after seeing their affection for each other and its reassuring to see that true love still exists in this imperfect world. 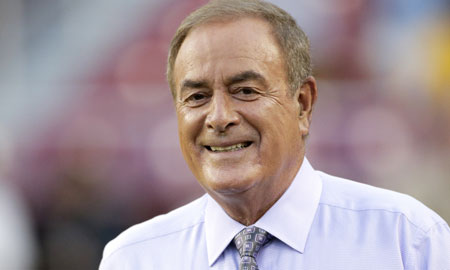