Soccer player Alex Morgan is Married to Servando Carrasco, see the Relationship of the Couple 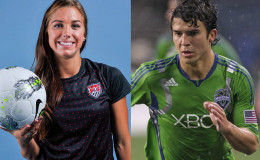 Alex Morgan, an American soccer player is living a blissful married life with Servando Carrasco since December 2014. Other than that, the Orlando Pride star is on paid maternity leave from late February 2020. She is expecting the couple's first child.

Love and passion for a similar thing bring two people together and the relationship that we're talking about today is powerful, solid and fiery, a love story of two soccer lovers, Alex Morgan and her husband Servando Carrasco.

Alex and Servando have been married for almost four years and the pair are celebrating a blissful married life together, going strong than ever. Their relationship as two soccer players and as a husband and wife are simply amazing, so let's find out how do they keep up the romance in their relationship and the same energy on the field too! 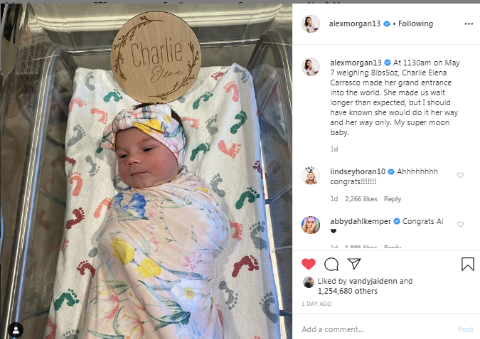 The NWSL star shared a sweet snapshot of the newborn with eyes open resting in a hospital crib on 9 May. In the picture, Charlie was easily bundled up in a floral blanket which matched her dainty headband. Also, the baby girl's bedsheet flaunted a cute baby foot prints.

Well, that's not all, a wooden plaque was put behind her head for the photo with  the newborn's name etched into it. Alex's caption reads:

"Charlie Elena Carrasco made her grand entrance into the world. She made us wait longer than expected, but I should have known she would do it her way and her way only. My super moon baby".

Within an hour, the glowing mom's priceless portrait of Charlie amassed over 60,000 likes on Instagram. Shortly after, LA Galaxy player posted his own portrait of baby girl on his Instagram page.

A new dad wrote,"Charlie Elena Carrasco, we love you so much baby girl". He concluded writing, "Alex you're such a warrior.5/7/20 best day of my life".

Alex Morgan, the soccer player is giving birth to the couple's first child, a daughter in April 2020. Just like in the case of Instagram star Princess Mae and actress Rachel Bloom, the Year 2020 brought a lot of love and blessing in the NWSL player's life. 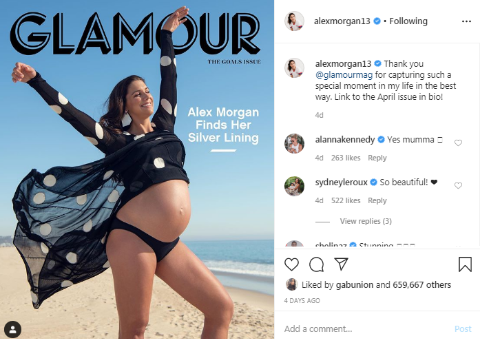 Morgan made her last appearance at the NWSL field in February 2020 before she shows baby bump grow and happy news being on maternity leave. Nevertheless, Alex hasn't stopped her from staying in shape, the prolific striker has been doing high-intensity workout sessions six days per week.

Morgan and her husband of five years can't wait to hold their newborn in their arms since the glowing mom-to-be has been seen relaxing on the beach. Despite all of the travel, appearances and playing time with Orlando Pride, Morgan found time to become pregnant.

Most notably, whether Alex plays or not, her latest contract with Nike includes 18 months of guaranteed pay during maternity leave. American International is due to give birth between April and May.

In October 2019, the couple announced they were expecting a baby girl in April 2020. Alex also added, she still wanted to play at the 2020 Olympics despite impending motherhood.

Soccer player Alex Morgan is Married to Husband Servando Carrasco, see the Relationship of the Couple

The midfielder in Major League Soccer, Servando and FIFA Women's World Cup Champion, Alex first met each other while both played soccer at UC-Berkeley, back in 2010. 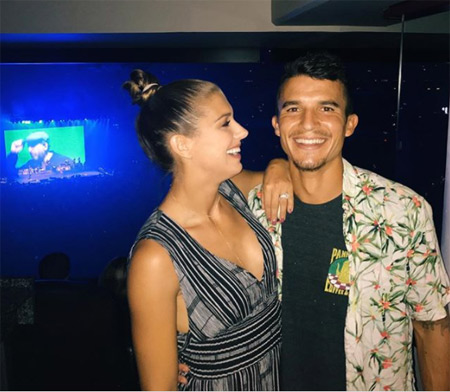 The duo fell in love right away and started dating after that. Both were in a committed relationship and finally, the moment arrived when they decided to take a step further ahead in their relationship and got engaged back in December 2013.

Following their engagement, the pair took no time to get married and happily tied knots in a grand ceremony in front of 180 guests at Rancho Dos Pueblos, Santa Barbara, California on New Year's Eve of the year 2014. 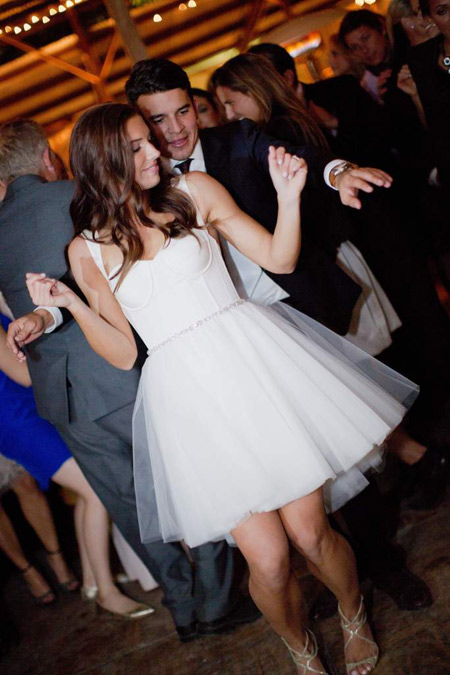 And ever since the dynamic couple has celebrated three wonderful anniversaries together and not a single rumor about their affair or divorce has been heard so far. 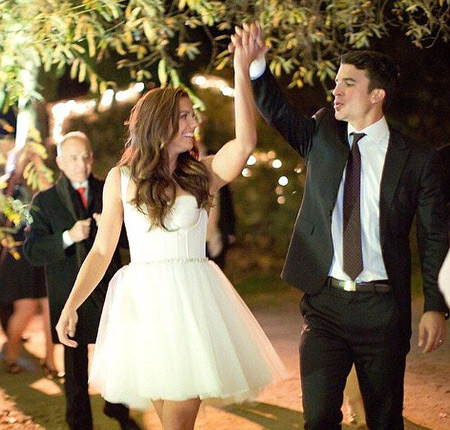 Unlike other celebrity couples, who are swamped up in their work and don't have time for each other, this couple on the other hand, always make sure to spend quality time together, keeping their passion and romance alive.

Missing my Valentine today. Wishing everyone a happy Valentine's day!

Most of you might be wondering if the pair shares any children. Well, they do! The pair is blessed to have a beautiful boxer dog named Blue and they love him like their baby.

Blue is so confused that mom is home and mom should be on tv right now that he decided to sleep it off. Good luck to both teams playing right now. #SWEvGER

And as for their real children, the pair is yet to give birth to a baby and perhaps they are still not ready for a big change as both have their career to look after more than other things.

All in all, we wish this amazing couple lifetime of happiness and togetherness and hope they soon start a family of their own!