Alise Post and Boyfriend Sam Willoughby, the inspirational couple is soon going to get married; see their Relationship here 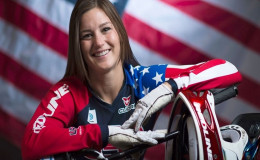 Alise Post, the American professional Bicycle Motocross (BMX) who established her career in racing has also attracted people's attention regarding her relationship and dating life.

Alise is dating Sam Willoughby since 2009 and the couple is soon going to get married. Let us know about the inspirational story of the pair in today's section!!!

Alise first met Sam in 2008 at BMX world championships and they became friends. Later on, it didn't take much of a time for them to fall in love and start a beautiful relationship together.

On 24th December 2015, Sam took Alise to Coronado Island where he proposed her in an old classic way (went down on his one knee) and asked her to be his wife.

After all of these years, Sam still continues to surprise me! Yesterday he lured me out to Coronado Island for a "casual photo shoot for PULL Magazine" with @dbetcher44. After a few awkward poses, I was shocked to turn around and find him down on one knee... He's officially made me both the happiest and luckiest girl alive, and I cannot wait to spend the rest of my life with my best friend! ???? // thanks for capturing this special moment DB ??

Alise first, however, couldn't believe her eyes and thought he was joking;

"I thought it was a complete joke when he dropped to one knee, I basically laughed it off. But, when I saw his smile and that ring in his hands, I couldn't believe it."

Everything was perfect for them but, their happy moment turned into the tragedy when Sam, the 2 times BMX World Champion, on the race of September 23, 2016, got badly injured and was paralyzed due to the injury in his neck.

Alise, however, didn't lose hope on Sam and surpassed the tragedy with their strong love and helped Sam for his recovery to progress. Sam so determined in his relationship with Alise gave an inspiration to all:

"You just need to approach this the same way you have approached everything up to this point and just fight and fight and be relentless."

Sam also admitted that he wants to walk on his wedding day on New Year's Eve and claims Alise that his only love saying:

"You're not marrying a cripple."

Head over to strengthfor91.com for a new update on Sam's progress as of 10/28 and for even newer information on an opportunity to DOUBLE DOWN on your donations to his cause with the next $30k USD being MATCHED by a donor... This would DOUBLE the total funds raised thus far! WOW, people are just amazing. Thank you all ???? #strengthfor91 #road2recovery

They are such an inspirational couple.....even after such tragedy they are still together and this new year eve they are going to get married!!!

We wish all the very best to them and wish them to be happy forever!!!!

The current World Champion and Olympic Silver Medalist, BMX racer Alise started racing since 1997 at the age of six. But her career in the race took off on April 1, 2006, in the American Bicycle Association race held in Phoneix, Arizona.

The verdict is in! I am really happy to announce that starting this weekend, I will be aboard @promaxcomponents for the first time ever! I'm excited to grow with the brand and am grateful for this opportunity. For the additional components of the bike that PROMAX does not produce, I will also be using compatible @boxbmx parts. Thank you to everyone who made this possible and I'm looking forward to a great year! ?? // ??the notorious @stevediamondelements (Note: Bike pictured is NOT my new @gw_bicycles - still anxiously awaiting that shipment!??)

Alise's career gained the height after her victory on May 2006's ABA Supernationals in Desoto, Texas. She also competed in 2007's Girls Cruiser World Championship and won the title of champion.

Alise, "The Beast " who experienced the London 2012 Olympic Games, entitled the silver medal in her name in 2016 Rio Olympic Games.

Here is a video of Alise racing in 2016 Rio Olympics. 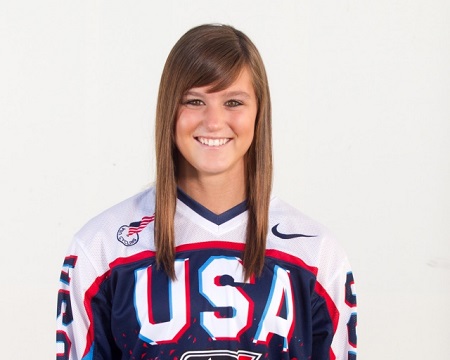