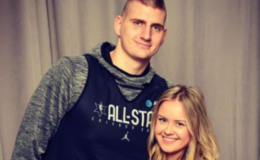 Nikola Jokic is a professional basketball player from Serbia who now plays the center position for the Denver Nuggets of the National Basketball Association.

Nikola Jokic, 27, is a professional basketball player from Serbia who now plays the center position for the Denver Nuggets of the National Basketball Association. The 6'11'' tall has been selected for the All-NBA Team on four separate occasions, with three of those selections coming in the first team, and he has been awarded the NBA Most Valuable Player Award for the 2020–21 and 2021–22 seasons.

Jokic has also appeared in four NBA All-Star games. He is a member of the Serbian national soccer team.

Denver Nuggets Star Nikola Jokic's wife, Natalija Macesic, is a psychologist. She is not outgoing and would rather avoid the limelight as much as possible. She moved to the United States at a very young age after finishing her high school education in Sombor, Serbia. 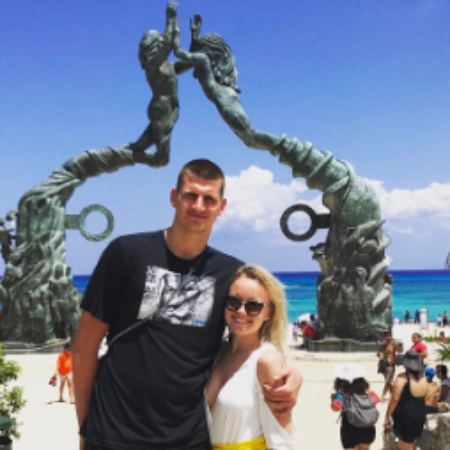 Macesic's junior college used to have a volleyball team that she participated in. In 2018, she completed the requirements necessary to earn her degree from the Metropolitan State University of Denver.

Nikola Jokic and Natalija Maeic both grew up in the same town of Sombor, Serbia. They attended the same high school, so it is safe to say that they are typical high-school sweethearts. 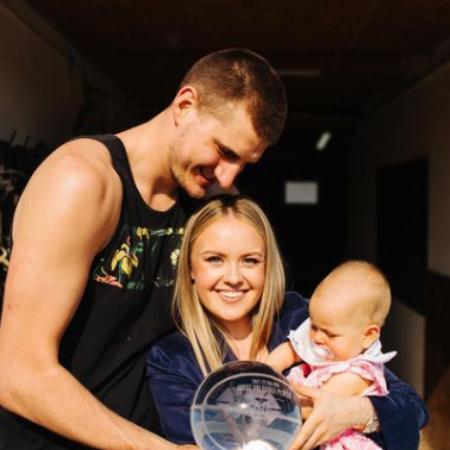 Nikola Jokic and Natalija Maeic both grew up in the same town of Sombor, Serbia. SOURCE: Instagram

The pair were incredibly compatible with one another and formed an incredible bond right from the start. After leading his team to the championship game of the Western Conference, NBA superstar Nikola tied the knot with the woman he had been in love with since childhood, Natalija, on October 24, 2020, in their hometown of Sombor, Serbia.

The degree of security that was present at the occasion was incredibly high, which was to be expected given that it was the wedding of such a prominent athlete. They went so far as to limit the types of visitors who were allowed to get near the church.

They both intended to get married in June, but their wedding had to be postponed since the NBA had to reschedule his game schedule because of the Coronavirus. During the same period, this unfortunate incident frequently occurred for many people.

After the wedding ceremony, the newlyweds danced and sang together, and Nikola showed his dancing skills on the dance floor. Jokic published on Instagram a couple of photographs from the event, along with the following caption, "Joker's wedding to his high school sweetheart Natalija took place yesterday in Sombor, Serbia."

As per Clutch Point, They have a kid together. The couple named their daughter Natalija Jokic.

On February 19, 1995, Nikola Jokic was born in the northern Serbian city of Sombor. His dad worked in the field of agriculture engineering. Joki's two elder brothers were ten years his senior, and through their influence, he came to acquire a passion for the sport. The eldest brother, Strahinja, played professional basketball in Europe, while the second-oldest, Nemanja, honed his skills at the University of Detroit Mercy. 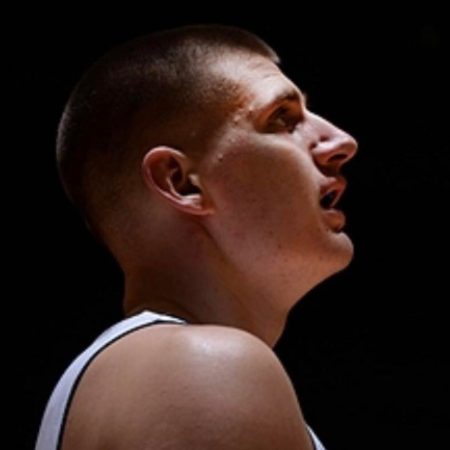 On February 19, 1995, Nikola Jokic was born in the northern Serbian city of Sombor. SOURCE: Instagram

At 17, Jokic earned a contract to play professional basketball with the Serbian team KK Mega Basketball in 2012. In his first year with the club, he spent most of his time playing in the junior squad, but he did make five appearances with the first team. The following season, though, Jokic played a more significant part with the senior club, appearing in 25 ABA games and 13 Serbian League games while averaging double figures in scoring.

In the 2014 NBA Draft, the Denver Nuggets picked Jokic with the 41st overall pick because of his play in the previous season. However, he opted to spend yet another European winter on the continent. Jokic was awarded the ABA's top prospect and MVP in 2014–15 despite his team placing last in the league. He averaged 15.4 points, 9.3 rebounds, and 3.5 assists per game.

The Serbian League saw even better results from Nikola, with 18.4 points and 10.4 rebounds per game. He revealed at the end of the season that he would be leaving Serbia for the NBA and joining the Nuggets.

When he first arrived in Denver, Jokic didn't think he'd get to play much, so he wasn't expecting too much of himself. However, he appeared in 80 games for the Nuggets in 2015–16, starting 55 of them and averaging 10 points and 7 boards in his lone season with the team. With those stats, he was selected to the NBA's Rookie First Team.

During Nikola's second NBA season, his popularity only grew. He had the fourth-most triple-doubles in league with six. He finished second in the voting for the NBA's Most Improved Player after averaging 16.7 points, 9.8 rebounds, and 4.9 assists in 2016–17. Jokic had a double-double the following season, averaging 18.5 points and 10.7 rebounds. The next summer, the Nuggets rewarded Joki with a new five-year contract worth $148 million.

Jokic responded to the new contract by producing the finest season of his career during the 2018-19 campaign. He played 80 games and put up 20.1 ppg, 10.8 rpg, and 7.3 apg averages. He earned his first All-Star nod and led Denver into the postseason. In 14 postseason contests, Jokiah averaged 25.1 points and 13.1 rebounds.

Nikola was once again Denver's top player in 2019–20 and was selected to the All-Star Team. He averaged 20.2 points, 10.2 rebounds, and 6.9 assists per game until the season was put on hold due to the COVID-19 epidemic.

Jokic endorsement deals include Nike shoes, Panini cards, and Western Union money transfers. The Nuggets and Nikola signed the highest contract in NBA history on July 1, 2022, with a $264 million supermax contract extension for the 2022–23 season.