Home Article American Actress Debbie Reynolds Married Thrice And Mother Of Two Children; All The Details On Her Not So Good Marital Life With Three Husbands

American Actress Debbie Reynolds Married Thrice And Mother Of Two Children; All The Details On Her Not So Good Marital Life With Three Husbands 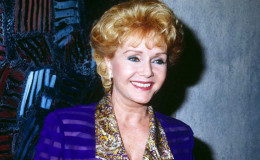 Debbie Reynolds was a successful American actress, singer, businesswoman and was very famously known at her time.

An American actress, singer, businesswoman who was known for the 1952 film 'Singin in the Rain' was a successful person in her life. However, her love life didn't work out well for her.

The actress didn't have luck when it came to choosing a right man for her. She was married multiple times with different men. But none of her relationship with her husbands worked out well.

Let's take a close look at her personal life.

Debbie Reynolds was a successful American actress. She did many hit movies in her career which made her one of the best actresses in Hollywood at the time. "The Unsinkable Molly Brown", "The Tender Bachelor" are some of her hit movies.

Back in the early 1950s, the actress fell in love with American singer Eddie Fisher. They both dated for some time and finally tied the knot in 1955. The couple was named as one of the hottest couples in Hollywood. Finally, in the year 1956, they were blessed with a daughter Carrie Fisher and a son Todd Fisher in 1958. 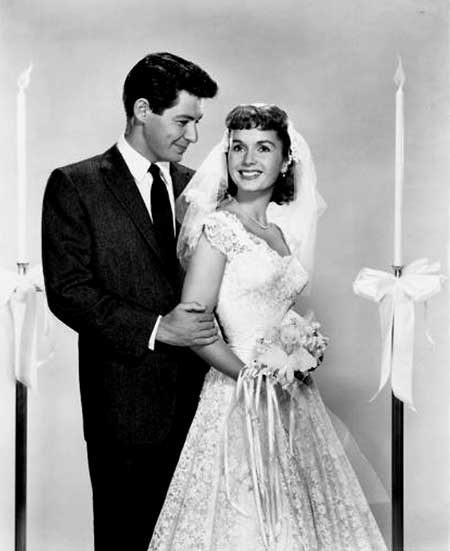 All the things were going great between the couple before her best friend Elizabeth Taylor's husband Mike Todd died in a plane crash in 1958. After the accident, Fisher gave emotional support to Elizabeth which later developed into love.

After when Reynolds got the news about her husband's extramarital affair with her best friend Taylor, Reynolds and Fisher got divorced in 1959. And in the same year, Fisher and Taylor got married.

It's not easy to suffer from such a trauma. But, Debbie was a truly strong woman and she got away with it and moved on in her life. After the divorce of Reynolds and Fisher, Debbie met a millionaire businessman Harry Karl who was a shoe store owner when he met Reynolds. In the year 1959 Karl's shoe store was the nation's largest privately held retailed shoe chain. 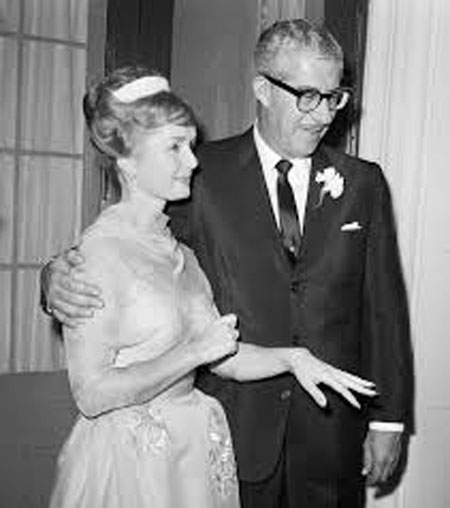 Debbie Reynolds and Harry Karl at their wedding
Source: Pinterest

The duo tied the knot in 1960. Her husband Karl had a bad habit of gambling and he blew a lot of Debbie's money on gambling. Their relationship didn't last long due to her husband's habit. The couple was together for 13 years and it ended in a divorce in 1973. The couple didn't share any children at the time.

Debbie Reynolds personal life was not running as smooth as her professional career. She was divorced twice. After the mental disturbance, she had after her divorces, a new man named Richard Hamlett came into her life.

The couple met at a party when taping a television special in Reno, Nevada. Richard Hamlett was a real estate developer. Finally after spending time with each other, Hamlett proposed to Reynolds at their first date. 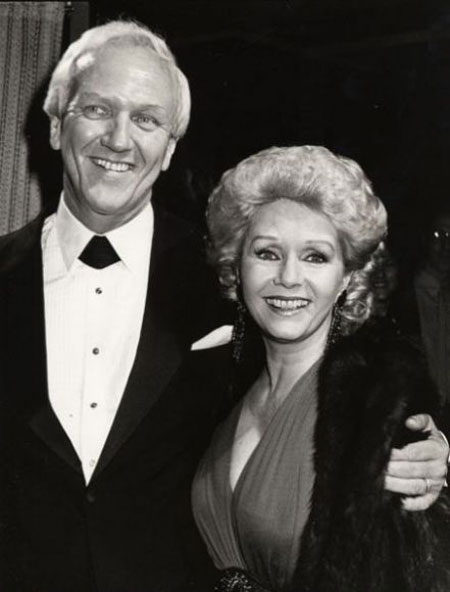 The couple tied the knot when they married in 1984. According to the sources, Hamlett encouraged Reynolds to buy a Las Vegas hotel called the Paddlewheel.

When Reynolds performed at the hotel's reopening, she said she noticed Hamlett leave in the middle of the show and disappeared for 2 days to be with his mistress. He also changed the deed of her Bel Aire mansion to include both of their names without her knowledge.

When she confronted Hamlett, he was having a conversation on the balcony. Hamlett wanted to make himself the beneficiary of Debbie's million dollar life insurance policy. After then the couple got divorced in 1996 and since then Debbie never involved in any kinds of relationships with any other men.

Debbie Reynolds was born on April 1, 1932, in El Paso, Texas. She belonged to a poor family where her father was a carpenter and her mother took in the laundry for income. She had a brother who was 2 years older than her. 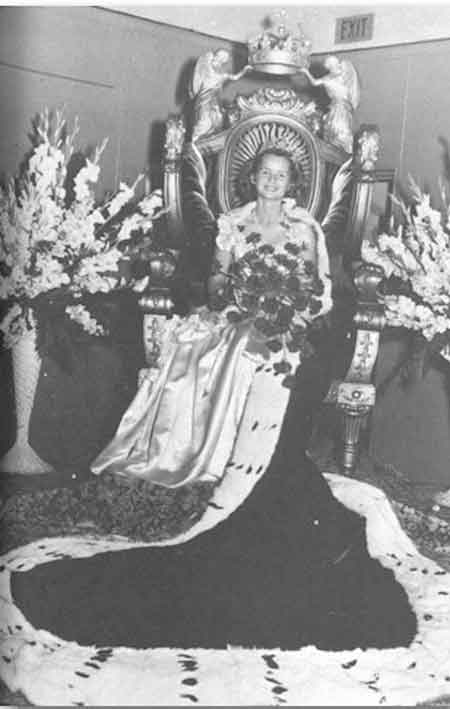 Her parents later moved to Burbank, California where she attended Burbank High School. In 1948, she won the Miss Burbank Beauty Contest and she soon got a contract with The Warner Bros.

After winning the Miss Burbank Beauty Contest in the year 1948 she was recognized by The Warner Bros. In the year 1951 her song Aba Daba Honeymoon reaches No. 3 in The Billboard Chart. She then starred in 1952 movie 'Singin In The  Rain' which became an international hit and she became a huge star. 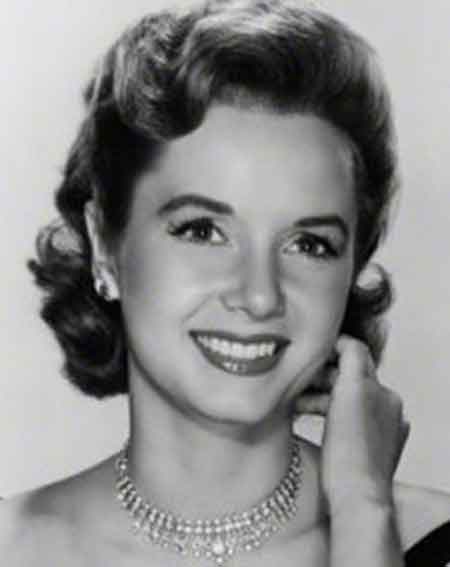 She is famed for the song Stars In Tammy which topped the Billboards
Source: Playbill

She also sang the title song for the movie 'Stars In Tammy And The Bachelors' which topped the Billboard Chart for total five weeks. Because of her fantastic performance in the movie 'The Unsinkable Molly Brown' she was nominated for The Academy Awards in 1964.

Reynolds also earned a Golden Globe nomination for her performance in the Albert Brooks film 'Mother'. In the year 2015, she received the Screen Actors Guild Life Achievement Award. And in the year 2016, she won the Academy Awards for Jean Hersholt Humanitarian Award.

The legendary actress took her last breath right after Christmas on December 28, 2016. The main cause of her death was intracerebral hemorrhage, which was eventually caused by stroke. She was 84 at the time of her death.