Home Article American Body Builder Kali Muscle Is Rumored To Have A Wife Named Dvyne; Know About His Girlfriends And Rumor Affairs

American Body Builder Kali Muscle Is Rumored To Have A Wife Named Dvyne; Know About His Girlfriends And Rumor Affairs 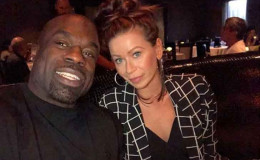 It's never too late to turn your life around as long as you carry the right motivation to pull it off. Things were not always rosy for Kali Muscle who spent several years in prison. However, when he got out he had only one goal which he achieved with aplomb.

It's never too late to turn your life around as long as you carry the right motivation to pull it off. Things were not always rosy for Kali Muscle who spent several years in prison. However, when he got out he had only one goal which he achieved with aplomb.

Muscle's successful professional career is there for everyone to see, but what about his personal life? He was known to be a married person until he split from his spouse. Has Kali dated anyone since?

Is Kali Muscle Dating Anyone?

After the divorce from his first wife, Kali Muscle is reportedly dating a girl named Helena Vlad. 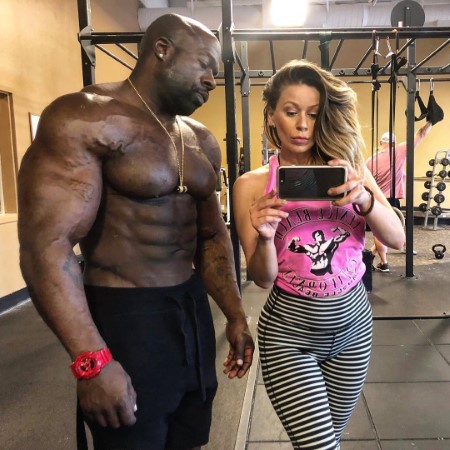 The couple co-incidentally first met at the expo which Helena had attended with her friend. The pair soon sensed a connection and began dating. The relationship progressed and they became an official couple in an instant.

The duo shares a Youtube channel named KALI & HELENA where they talk about relationship stuff as well as perform pranks.

Since they got together, the lovebirds seem inseparable and feel no hesitation to flaunt pictures on social media.

On 19th February 2018, Dvyne took his girlfriend to a restaurant on her birthday. Kali shared the moment on his Instagram.

Great Birthday with The Empress @helvlad Thanks to Everyone For All The Birthday Wishes..!!! #birthday #birthdayboy #hyphybirthday #love #couplegoals

The couple apparently works out together too. No wonder they fell in love with each other so quickly!

While going to the gym, Kali often tends to bring Helena. The duo seems to be into the bodybuilding, powerlifting, and strength training.

Earlier, on 18th September 2016, the couple appeared together on social media for the first time when they visited Joe Weider's Mr. Olympia Las Vegas. It appears they are together for 3 years!

On 27th August 2018, Kali took to Instagram to celebrate his relationship anniversary with his girlfriend. He claimed to be blessed and lucky to spend the past few years with her.

just wanted to take a moment to say how blessed and lucky I am to spend these past few years with you, and here we are celebrating another year for our anniversary- love you to the moon and back, can’t wait to tie this knot I love you. Happy Anniversary to you love @helvlad #anniversary #couplesgoals #love #happy #womanthatcook #mortonssteakhouse

Muscle clearly expressed his intention to tie the knot with his lovely partner. Their fans are certainly hoping the big day of this adorable couple arrives sooner than later.

Kali Muscle was previously in a marital life with a woman who was identified as Dvyne. She is an Oakland native as well as a musical artist who is affiliated to the record label named Swolbizness Records.

Back when the duo was in a relationship, Dvyne would often share photos of them on social media. On 18th June 2013, she shared a series of snapshots on her Facebook account and captioned it 'Me and my husband'. 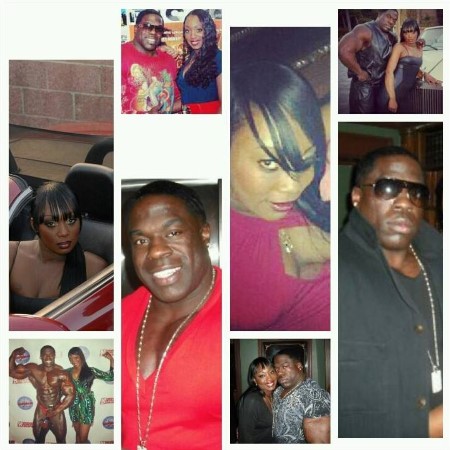 On the couple's anniversary on 20th July 2014, the bodybuilder tweeted his immense affection for his partner. Muscle claimed he loves his wife more than lifting weights.

The marriage lasted 6 years before Kali discovered she stole money from him. Muscle subsequently filed for divorce which was finalized in 2016.

On 1st December 2016, the first official confirmation of the couple's ongoing divorce process was made through Dvyne's Facebook.

Dvyne stated that despite them parting ways, she loves Kali and is proud of the memories as well as their accomplishments together. Moreover, Dvyne added she would be fine although it was difficult for her at the time.

After getting released from prison, Kali Muscle moved to Los Angeles as he strived to become a professional bodybuilder. His fortunes changed for the better when got offered a role in a music video directed by Matthew McConaughey. 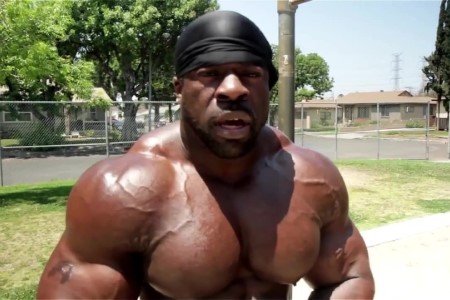 Muscle won numerous titles in his career, most notably Mr. California in 2012. Moreover, he featured in numerous commercials such as Honda, Snickers, and other big-name brands. One of his most popular adverts was for a car insurance Geico.

Later, Kali entered the world of Television and Film. His fame increased further as he appeared in a music video for Jamey Johnson, where he showed off his physique.

Besides bodybuilding and acting, Muscle is also a renowned motivational speaker. He educates young people about his time in prison and the lesson he has learned about violence and crime. Moreover, he is a writer too who published his biography titled Xcon to Icon. 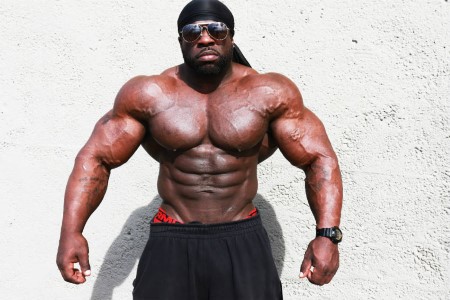