American Chef Emeril Lagasse's Family Life With His Third Wife; Details On His Complicated Marriage; Had Two Divorces Before 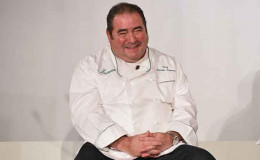 American chef Emeril Lagasse is living a happy family life with wife Alden Lovelace. The couple is blessed with two kids a son and a daughter.

Emeril Lagasse has definitely been successful tantalizing our taste buds ever since he first emerged on the food scene in the early 1990s. The rock star chef has simply impressed his fans with an endless amount of TV shows, writing numerous cookbooks.

Well, who don't want a person who can really cook awesome right? Lagasse's wife Alden Lovelace no doubt is very lucky to have the guy in her life. Let's get details about their family life and more in today's session.

Lovelace is a native of Gulfport, Mississippi. The pair owns a home in Pass Christian, Mississippi on the Gulf Coast. 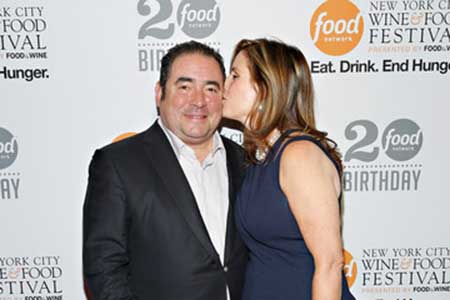 They also have houses in the New York and in New Orleans.

Lagasse hasn't revealed details about his married life and life with his kids. still, he manages to share a little information with his fans.

He posted an image on Facebook of his wife along with kids and cute dogs wishing her a very happy birthday on 20th November 2013.

During an interview with Veranda, Lovelace revealed the key to their strong bonding. She explained how the two are managing everything in the family.

"Besides meals for family and friends, we sell a lot of dinners at charity auctions. Emeril will cook here for six or more couples: elaborate seven-course meals with wine pairings. I'm the tabletop dresser and dishwasher. It's a lot of work, but we have a great time."

Despite his busy career, he manages to take a break with his family members.

Soaking up the sun and the last few days of Spring Break. @aldenlagasse

Though the pair prefers to maintain their personal life under the radar, we are sure the two are still growing stronger with time.

Emeril Lagasse's Past Affairs And Relationship

Lagasse met his first wife, Elizabeth Kief while working at a restaurant called 'Venus De Milo'. They married in 1978 in a wonderful ceremony.

Gearing up with @chefchriswilson1 for the @saints game. #whodat

The couple is blessed with two daughters Jillian Lagasse and Jessica Lagasse. Though the two were very happy in the beginning, they slowly began disturbances that made them separate apart after 8 years of marriage.

After the divorce, Lagasse married the second time to a fashion designer, Tari John in 1989. Their relationship also ended with a divorce in 1996. 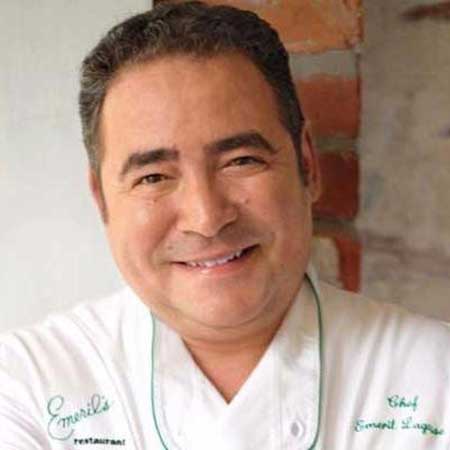