Home Article Former Football Wide Receiver Rae Carruth Released After Nineteen Years Of Prison-Recently He Expressed Desire To Get The Custody Of His Son-Full Story Here!!

Former Football Wide Receiver Rae Carruth Released After Nineteen Years Of Prison-Recently He Expressed Desire To Get The Custody Of His Son-Full Story Here!! 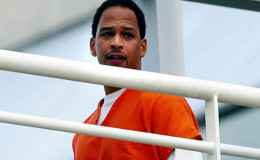 Former NFL star Rae Carruth has finally been released from the prison after 19 years. He was found guilty to attempted murder of his late girlfriend who was eight months pregnant in Charlotte, North Carolina intending to avoid paying child support.

Former NFL star Rae Carruth has finally been released from the prison after 19 years. He was found guilty of attempted murder of his late girlfriend who was eight months pregnant in Charlotte, North Carolina intending to avoid paying child support.

Well, he has expressed the desire to get the custody of his son who suffered from brain damage and cerebral palsy after the incident when his mother was shot four times by a hired gunman. Doctors who saved the life of the baby boy Chancellor Lee Adams, couldn't save Cherica Adams, still struggled to survive for a month in the coma. Wanna know more about the incident? Let's move on!

Rae Carruth, 44, has finally been released from prison after 18 years who was found guilty of conspiring to commit murder of his girlfriend who was eight months pregnant. Cherica Adams was shot four times on 16 November 1999, however, she managed to call 911 and seek for help.

Adams fell into a coma and doctors delivered her baby, Chancellor Lee Adams via emergency cesarean section. She died a month after the shooting. 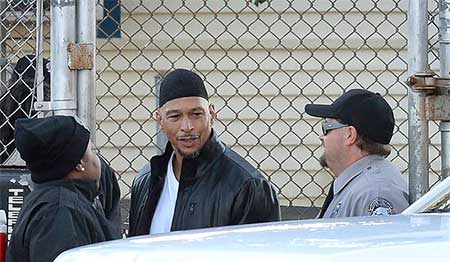 Carruth is finally a free man now being released from the prison on 22nd October 2018. He stepped out of the Sampson Correctional Institution in Clinton, North Carolina as reported by ESPN.

As per the reports, he will remain on a post-release program for nine months. Once the time period is over, he can freely leave the state or country as per his wish.

"I'm excited about just being out of here. I'm nervous just about how I'll be received by the public. I still have to work. I still have to live. I have to exist out there and it just seems like there is so much hate and negativity toward me."

As Carruth has a new life to live and has a feeling of guilt for what he did in past, we are so sure that he'll sustain and move in his life in a better way.

Rae Carruth Expressed Desire To Get The Custody Of His Son

Some days earlier before he was released, he opened up about the incident for the first time in a 15-page handwritten letter to the victim's mother.

"I feel like he might not ever have his mother in his life but he could still have me and I could still make a difference and I don't think that's anyone's responsibility when I'm still here."

His son Chancellor suffered from brain damage and cerebral palsy as he was deprived of oxygen for 70 minutes before birth.

The incident, in fact, occurred when Carruth and Cerica were on a movie date on 16 November 1999. They left in separate cars but Carruth was driving ahead of Adams to block her car.

Rae Carruth walked out of Sampson Correctional Institution and back into the free world today. pic.twitter.com/IdRxPMSlaQ

Van Brett Watkins Sr., a nightclub manager and an associate of Carruth shot her four times and Carruth immediately drove away from the scene.

Saundra Adams, mother of Cherica raised his son who is now 18 years. She mentioned that she won't give custody of Chancellor to his father but she has forgiven him.

She told the newspaper,

"I've forgiven Rae already, but to have any type of relationship with him, there does have to be some repentance. And I think this opens the door. But I can say definitively he's not ever going to have custody of Chancellor."

"Chancellor will be raised either by me or, after I'm gone, by someone else who loves him and who knows him. He will never be raised by a stranger -- someone he doesn't know and who tried to kill him."

Carruth also has a son named Raelondo with his ex-girlfriend Micelle Wright during his sophomore year. 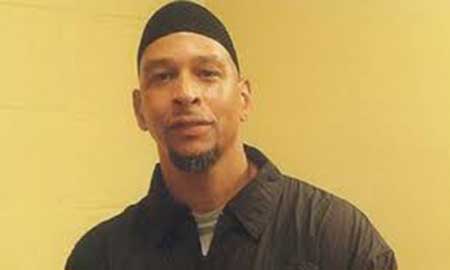