Home Article American Field Athlete Sanya Richards-Ross reveals she had an abortion in 2008; See her Marriage life with Husband

American Field Athlete Sanya Richards-Ross reveals she had an abortion in 2008; See her Marriage life with Husband 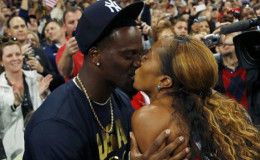 American Field Athlete Sanya Richards-Ross reveals she had an abortion in 2008; See her Marriage life with Husband and Children; Also, see her Career, and Net Worth

In a recent revelation on her memoir, “Chasing Grace: What The Quarter Mile Has Taught Me About God and Life,” Sanya Richards-Ross revealed a shocking truth.

The Gold Medal Winning Olympic athlete stated she went through an abortion before the 2008 Beijing Olympics. Let's talk in depth about what she wrote in her memoir.

In her book released on July 6th, Sanya revealed a shocking information that none of us saw it coming. According to her memoir, she decided to terminate the pregnancy process in order to focus on Olympics. 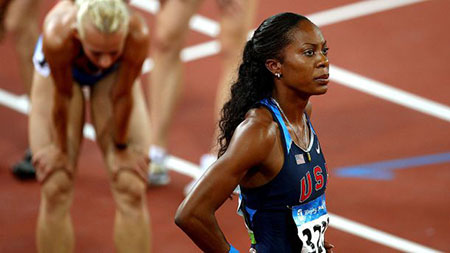 Sanya decided to abort her baby to focus on Olympics which she end up losing, Source: Olympic Talk

Sanya didn't take this big decision by herself as she consulted her then-fiance & now-husband, Aaron Ross. During the time, Ross, a Baseball player, was training and he wasn't by her side during the process of abortion.

“Over the phone, we didn’t go into details. As if not saying it would alleviate some of the guilt and the shame.”

The problem came when both, Sanya and Ross were in the beginning phase of their career and it came as an unexpected setback for them.

In the same Olympics, she was expecting to win the gold medal in the 300-meter race but guilt took its toll on her body and she ended up winning the bronze medal. 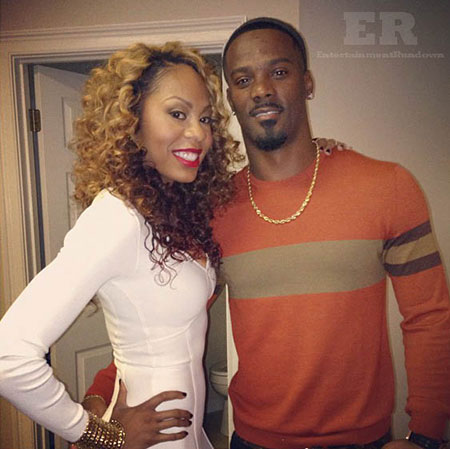 The duo stood strong despite all the odds and shares a special bond, Source: Entertainment Rundown

Having to go through an abortion is a devastating blow for any mother. In the memoir, anguishing over her decision, she wrote,

"I made a decision that broke me, and one from which I would not immediately heal. Abortion would now forever be a part of my life. A scarlet letter I never thought I’d wear."

But lucky for Sanya, as her husband is very supportive of her. Aaron first saw Sanya in 2003 in University of Texas as he was present there for a field event. 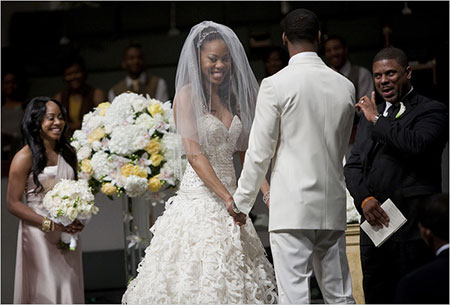 Aaron and Sanya got hitched in 2010 in an extravagant affair, Source: The New York Times

The pair engaged in 2007, after dating for 4-years. They tied the knot on February 26th, 2010, in front of many guests including Ahmad Bradshaw, Corey Webster, Michael Johnson, Roy Williams, Derrick Johnson, and Jamaal Charles.

The ritual took place at Hyde Park Baptist Church in Austin, Texas. Despite their first child tragically aborted due to unforeseeable circumstances, the lovebirds announced earlier this year in February, they're expecting.

Upon announcing the wonderful news, the pair also released a joint statement,

“Many parts of our lives have felt like a fairy tale, but this is our biggest blessing yet. We are so excited to start a family and can’t wait to begin this new adventure!”

Sanya is due any months now and we wish she founds the happiness and forgets all the sorrow she faced because of her abortion in 2008.

Even though we can't even comprehend how deep she felt in despair but we're grateful she came back from the dark pit happy. 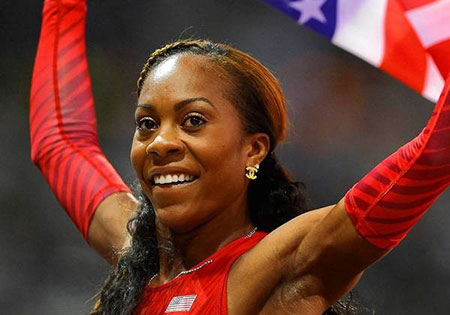