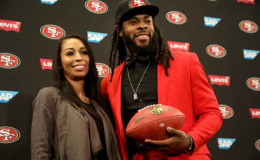 Sports personalities are notoriously known for dating numerous women during their career span. It becomes a rare occurrence and certainly admirable when a sports star with all the fame and money is in a committed long-term relationship that eventually turns to marriage. Richard Sherman dated the love of his life Ashley Moss for years before deciding to take their wedding vows in 2018.

Sports personalities are notoriously known for dating numerous women during their career span. It becomes a rare occurrence and certainly admirable when a sports star with all the fame and money is in a committed long-term relationship that eventually turns to marriage.

Richard Sherman dated the love of his life Ashley Moss for years before deciding to take their wedding vows in 2018. Let's have a look at the blissful married life of this adorable duo, as well as the interesting details of their dating years.

Richard Sherman is married to his beautiful wife Ashley Moss. The couple tied the knot on 28th March 2018. 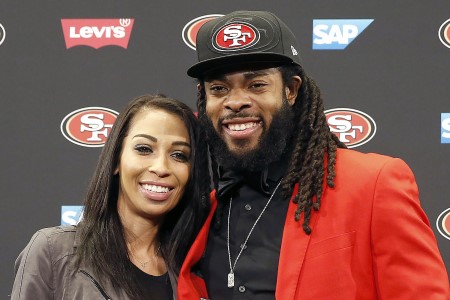 The ceremony was held in the Dominican Republic at the Hard Rock Hotel & Casino Punta Canta.

Grateful to share this moment with so many incredible people. Been an amazing trip so far. Hope it can continue at the beautiful #hardrockpuntacana #shermpickslilly : @rodmarphoto

Many of Sherman's teammates attended the wedding, most notably Earl Thomas, Ricardo Lockette, Kam Chancellor and Brandon Browner. They uploaded many videos and photos from the ceremony and reception to social media.

Earlier, the couple got engaged in June 2015 in Maui after dating for four years. They share two children, a son named Rayden Sherman born on 5th February 2015, and a daughter named Avery Sherman born on 16th April 2016.

This past week has been full of blessings for our little family. We were blessed to welcome our daughter Avery into the world April 16th. Hearing Rayden say "sister sister" absolutely melts my heart as he is adjusting to life as big brother. For my birthday, my better half surprised me with the most heart felt gift I could ask for. I don't really post my gifts but this one I felt I had to share. This beautiful ring with an amethyst to represent Rayden's birthday and diamonds for Avery's birthday. He had it for engraved with our initials "RKS" and "ALS", which all four of share.

Meanwhile, Moss' first pregnancy was a huge story in the media and it surprised Sherman. Speaking of this, the American football star said:

"I didn’t think it was that big of a deal. He’s close, but he’s not expected to come this weekend. So, I was surprised at how big. But I guess in a game like this, a story like that, you can’t pass it up. I was surprised it was a national headline, more than anything."

Moss was pregnant with the first baby during the Super Bowl XLIX. Merely four days after the Super Bowl, Sherman's then-girlfriend gave birth to Rayden.

The NFL star often posts pictures of his wife and kids on social media. The pictures definitely suggest Richard's married life is filled with joy and they couldn't be happier together.

The couple began dating back in 2011 when Sherman was still playing for Seattle Seahawks. Richard's girlfriend was a Mercer Island native and apparently, they instantly got close to each other. 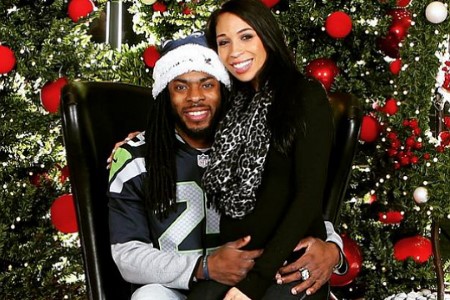 In this day and age of social media, it tends to give huge clues on the dating endeavors of well-known celebrities. This is definitely relatable to the San Francisco 49ers' defensive back too.

The beautiful Ashley began appearing on Richard's Instagram account in March 2013 and she has been a constant figure ever since.

The couple was seen together making public appearances throughout their dating years. The NFL star brought Moss to Hawaii for a charity event. He also brought her to Madden 15 video game unveiling.

Moreover, the pair went together to the White House after the Super Bowl victory in 2014. During the victory parade, Ashley also rode with Sherman through the streets of Seattle.

Meanwhile, Moss lived a quiet life despite being in a relationship with such a high profile NFL star. Back in 2012, she was waiting tables at a Seattle area restaurant named Joey.

The couple's love story certainly feels like a case of two soulmates finding each other and deciding to do their life together! 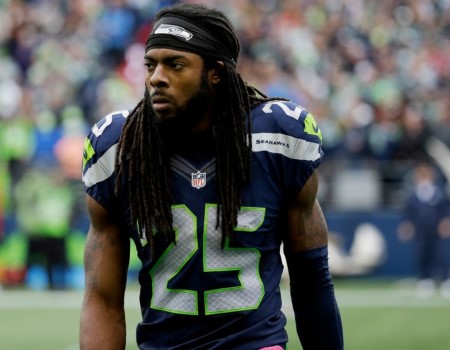