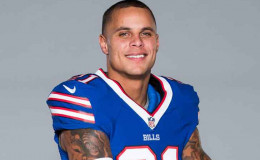 A couple holding two distinct careers can have ups and downs in life but that is not always. But we cannot always believe that generalization.

Dedication and perseverance are arguably the two best mantras for your success in any field. If you have never tried, you cannot even imagine the feeling of being gifted with both of these traits.

American football free safety Jordan Poyer does just the same thing. For some people, it might seem that he is prioritizing his career beyond necessity. Well, before you say that, you might want to know about the kind of relationship he shares with his wife and child.

From the very beginning of his high school, Poyer started playing baseball, basketball, and football. Around 2009, this multi-talented player won multiple Player of the Year awards in both baseball and basketball. So, let's explore whether he is equally successful even in his personal life. 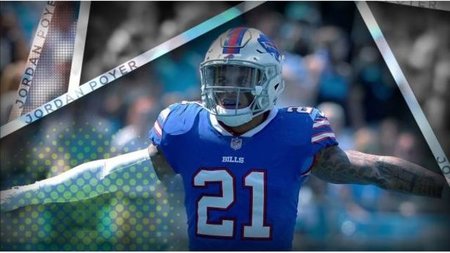 This pair reportedly met through Twitter but the date of their first meeting is a mystery. Whatever the truth might be, Jordan is blessed to have a gorgeous wife Rachel among the audience, always supporting him during his matches.

So much love & support! Can’t wait to marry this woman!

Having said that, Jordan began dating Rachel from 2015 and finally tied the knot on 17 February 2018. They currently share a son named Aliyah Poyer. According to Rachel's Instagram post on 18 November 2018, Aliyah is currently 2 years old.

Both the couple are widely known in their respective fields. On one hand, Jordan is an NFL star whereas, on the other hand, Rachel is famous as an Instagram model. 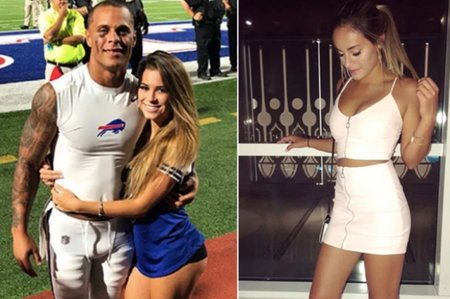 Anyone can easily guess that there can be misunderstandings between the couple because they are from different fields. But the truth is they are expert at solving their private problems and moving ahead with life. This couple seems to be fond of making their personal matters public.

Poyer and Bush once faced a third party intervention in their relationship. Poyer was reportedly cheating on his wife by having sexual affairs with a student named Summer Rae, from the University of Buffalo. When Rae's posts crossed the limit, Bush fired back by frequently twitting and posting rude remarks about Rae on Instagram.

Everyone's life has highs and lows, only the extent differs but the important thing is how they deal with it. Despite the rumor, Bush never said a bad word about her husband.

On July 26, 2018, Jordan publicly apologized to Rachel through Twitter.

In life we all make mistakes. Best thing to do is learn from them and to not make the same mistake twice. Letting down the ppl that mean the most to me sucks ..I’m sorry @Rachel__Bush I love you to death .. can’t wait for us to grow stronger

Likewise, on 13 May 2018, on the occasion of International Mother's Day, Jordan posted a photo of his wife and son on Instagram with a lovely caption dedicated to his wife and son. He mentioned that his son and Jordan himself are too lucky to have such a caring woman at home.

Words can’t explain this woman as a mother as a wife and as a friend ... Aliyah is so dam lucky to call her, her mother. So caring so genuine so loving and she’s MINE .. can’t tell u how lucky I am Happy Mother’s Day my love

That being said, it does not mean that they are not happily married. Even the best couple in the world can have some problems because as long as there is love, misunderstandings are common.

Nevertheless, the best thing about this couple of sportsman and model is that they are always ready to give in. 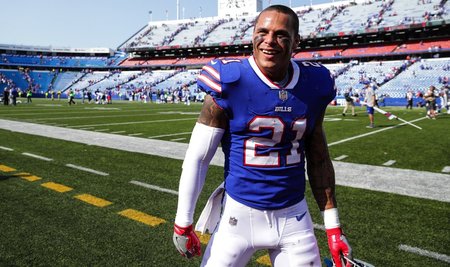