American Football Wide Receiver Jordy Nelson Is Married To Emily Nelson Since 2007; Father Of Two Sons And Adopted A Daughter 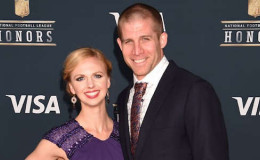 American football wide receiver for the Oakland Raiders Jordy Nelson has achieved huge success in his professional career and his personal life is equally impressive. Jordy Nelson is living a wonderful life with his wife Emily Nelson.

The two who were together in kindergarten and went to the same school tied the knot in 2007. For further details, follow the path ahead!

Jordy Nelson and his lovely wife Emily Nelson have been together for a very long time. It's quite impossible to believe but the fact is the two are together since they were in kindergarten. 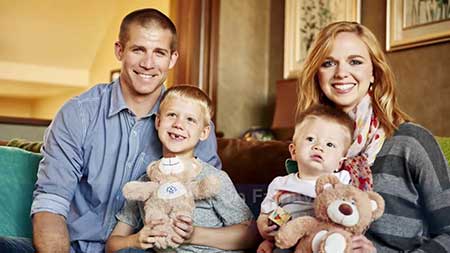 Jordy Nelson with his wife Emily Nelson and kids.
Source: The Badger Catholic

During an interview, the American football wide receiver said,

"I’ve known my wife my whole life. We grew up together, went to kindergarten together all the way through. We grew up three miles apart, which is not very far when you grew up out in the country in Kansas. Le Batard."

The childhood friends started dating in sixth grade. He explained that everything was going on perfect between the two but during seventh grade, they separated briefly.

"Where are you getting this information? This is getting a little awkward now . . . Well, yeah, we dated and then she dumped me, so . . . Why I went back I don’t know. I guess it’s part of the story. It was seventh grade. She had an incredible reason why — it was the end of the school year and it was summertime, so apparently she didn’t want to be around me. She didn’t want to be tied down to one guy in seventh grade during the summer."

Nelson and Emily married in 2007 after proposing her on a family vacation to Cancun. The couple is enjoying wonderful family life together with their kids ever since then.

Nelson and his wife are blessed with two sons Royal Nelson, 7, and Brooks Nelson, 3.

"Our first son — I got pregnant with him very easily. After he was born, we decided to have more. It wasn’t as easy for whatever reason, but we knew we wanted more kids. Adoption was a better fit for us than any sort of fertility route."

The couple adopted a new member in their family in November 2017; an adorable daughter named Adda Jo. 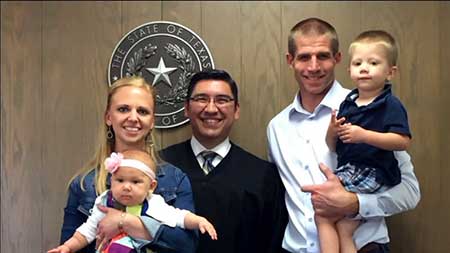 The proud father of three said,

"To have it finalized, to have the process complete and our family complete — it’s a box checked off. It’s fun to grow our family the way we have and to watch them all grow up."

"Family of five! We are done!"

Emily is equally excited to welcome the new member in the family. She said,

"I’m very lucky that I was able to have a biological child and also go through the adoption process. They are both great."

"Never say never. As of now, I think we’re done, but you never know what God has in store."

Let's congratulate the blessed couple for their lovely relationship. We wish them to be together till the end. 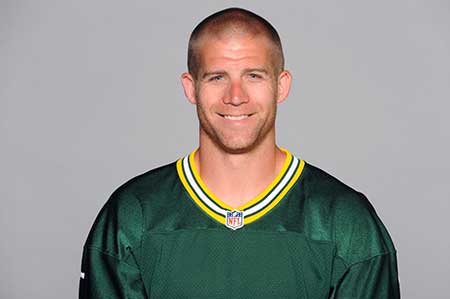 Do visit Marriedwiki.com/article for more Gossips and News!!!