American Footballer Ben Zobrist Is Married To Wife Julianna Zobrist Since 2005; The Player Has Three Children 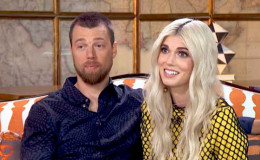 The shared beliefs and faiths between couples go a long way in ensuring the duo embrace each other as life partners. Ben Zobrist and Julianna Zobrist appear a true reflection of soulmates who are enjoying a delightful marital relationship.

The shared beliefs and faiths between couples go a long way in ensuring the duo embrace each other as life partners. Ben Zobrist and Julianna Zobrist appear as a true reflection of soulmates who are enjoying a delightful marital relationship.

Let's get more details of the married life of this beautiful pair, the information on their children, how they first met, as well as their joint release of one particular book.

Ben Zobrist is married to Julianna Zobrist, a pop singer, speaker, and author. The couple tied the knot on 17th December 2005. They are living a beautiful life together ever since. 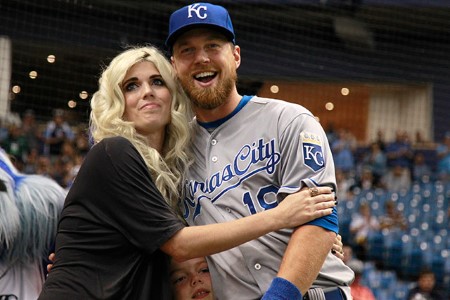 Zobrist appears to be quite vocal about his faith in Christianity. He often talks about his faith and credits every success in his life to God, including his delightful marital life with his gorgeous wife.

Meanwhile, Ben is also a former counselor for a Christian summer day camp in central Illinois called Camp of Champions USA. Moreover, he is a speaker at Church events.

Just like her husband, Julianna carries immense faith towards God. During her childhood days, she spent much of her time at the church while her father was a pastor of an evangelical church in Iowa.

Both Julianna and Ben have claimed to keep this dedication throughout their lives and they believe it's one that continues to influence their decisions every single day. 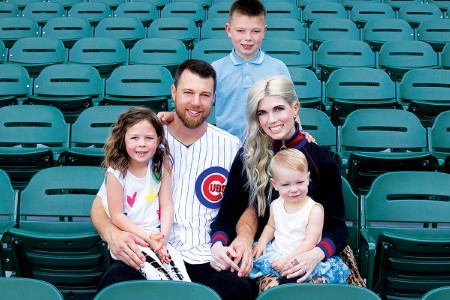 Ben Zobrist with his wife and children.
Source: Parade

The family of five - it always gets a little hectic in the Zobrist household. It's kind of understandable when you are trying to raise three kids and balance your respective careers, things are bound to get a little crazy.

However, to the pair's credit, they haven't missed a beat yet. They appear dedicated parents who provide ample time for their offsprings as well as make time for each other.

In fact, when the lovebirds were getting married, they made a pact to themselves they would never get apart for more than six days. Impressively, they've managed to keep it.

The entire Zobrist family follow Ben to spring training annually and live with him while the MLB season is up and running. When the season concludes, the family packs everything together and heads back to their home base in Nashville.

Besides traveling, the couple also speaks and performs together at events. When Julianna was 21, she received a keyboard, microphone, and laptop from Ben on their wedding day. She soon started turning her poems into songs.

Together, the adorable couple began speaking and performing at churches, conferences, and schools. They strived to share a message of joy and hope in Christ with audiences on a national scale.

Ben Zobrist And Julianna Zobrist - How They First Met!

Julianna and Ben first came to know each other in a manner most couples did in the early 2000s, through the popular instant messenger back in the day. They dated for four years before taking their wedding vows in 2005. 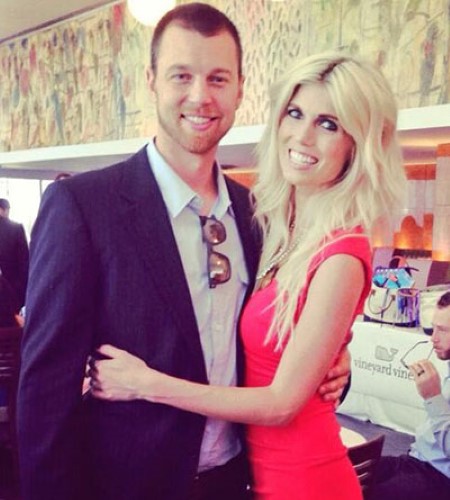 "It wasn’t flirting and physical attraction that made me decide to date him. Of course, we were attracted to each other but it was more than that. It was a lot of prayer and heavy leaning on my heart. I loved the way that he was so thoughtful."

Julianna added, their conversations were always purposeful and she felt safe with him and it was this way from the very beginning. She then joked, because of long distance, they had to actually learn how to be together in the same place which apparently made their first real date kind of awkward.

The strength of a couple's bond grew over their dedication to their faith and more significantly, hopes of raising a family together.

Back in 2014, when Zobrist was still plying his trade with the Tampa Bay Rays, Ben and Julianna released a joint autobiography titled 'Double Play: Faith & Family First'.

The book went great lengths in details talking about everything in their lives, most notably Ben's anxiety and depression after being sent to the minor leagues in 2007.

Moreover, there was an incredible personal revelation that Julianna was sexually molested as a child when she was just 12 years old. Talking about this decision to share the moment with the world, Julianna said:

"It was a struggle deciding what to share. There are things in our lives we aren’t proud of and the story of what happened to me as a girl at camp, the molestation, that’s not something easy to share."

"We took those parts out and read it, and then we put them back in. Without the tougher parts, it didn’t make sense. It was like playing a song on a piano made of only white keys."

The couple later said they hoped their stories would help provide inspiration to others. They added, by sharing the deepest parts of yourself with your partner, it helps build the foundation of a great relationship. 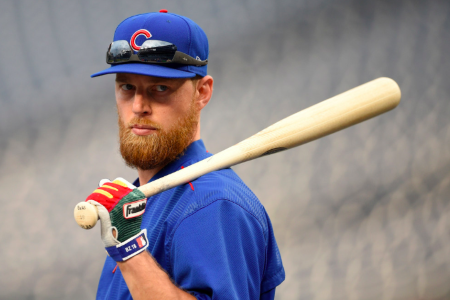