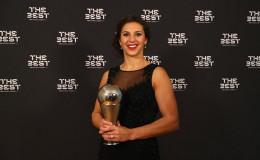 Know the name of the longtime boyfriend of American soccer player, Carli Lloyd and know about her marriage with him. Also, see the relationship of the couple.

Carli Lloyd; an American soccer player who plays for the Manchester City in the FA Women's Super League and also for the United States women's national soccer team as a midfielder.

Similarly, the FIFA World Cup Champion and the two times Olympic Gold Medalist Lloyd married her long time boyfriend Brian Hollins in 2016. So, what is the current relationship status of the couple? To know about their married life stay with us!!!!

The high school lovers after dating for more than over 15 years, finally, got engaged in January 2013. But, Carli and Brian postponed their marriage for 2016 Olympics.

Later on, the dream of the lovers came true when Carli married Brian Hollins, the pro golfer in Puerto Morelos, Mexico on November 4, 2016, in front of their close friend and family members.

Happy 1st Valentine's Day as husband and wife. I love you ????

The wedding was the most precious moment for them and describing the day she said:

"This was the best day of our lives, even after 16 years of being together, I fell more in love with him on our wedding day. I love the person he is- the person he's become."

It seems the love of Carli and Brian is getting stronger with the passing day and is still enjoying their marriage. Both athletes despite their busy schedule manage time for each other and we often see them hanging out and spending quality time together.

Reunited with the hubby after a long 3 weeks at the famous @yankees Bullpen. Enjoying the @NYCFC game.

As of now, they are enjoying their life and we wish them to be together always!!!!!! 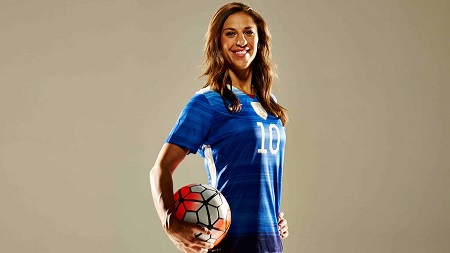