Actor of higher level, Andrew Dice Clay dealt with numerous failures in his marriage in the past years. Being unstable with his relationships, he now stays away from rumors and seems to be living a single life solely focused on his career.

The man of his aura, known as The Diceman, Andrew Dice Clay's life revolved around controversies and women. Marrying thrice and all ending in a divorce he now enjoys solitary life, still, one can always speculate about his dating life and secret girlfriend. Have a look at the details of his controversial life.

Is Andrew Dice Clay Single Or Is He Dating Someone?

The controversial actor is absolutely single with no name linked to him recently. Mostly known as The Diceman, the first rock 'n roll comedian is free of rumors having a girlfriend after his three unsuccessful marriages. 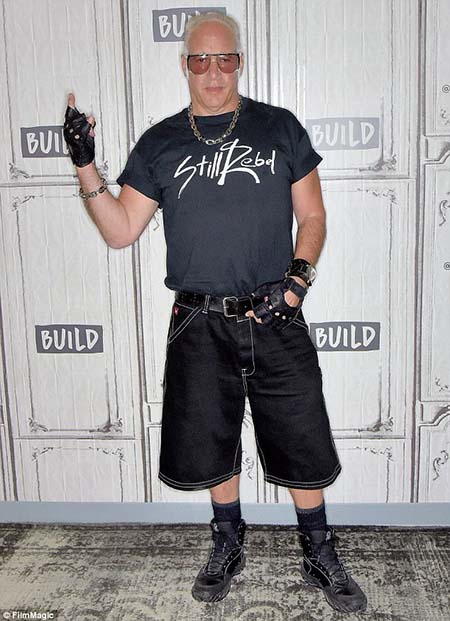 The 61-year-old comedian is surprisingly not rumored to be with any actress although he is seen with many actresses in his profession. But, did he date Lady Gaga? Why were they together looking like a beautiful couple? 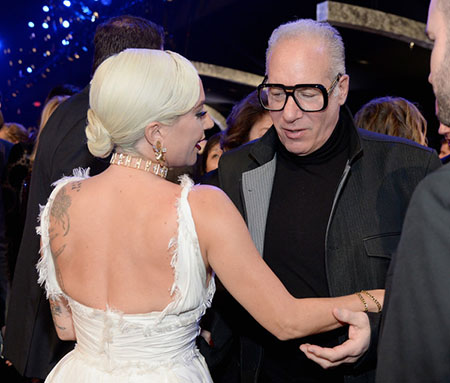 Well, let's not get excited, it turns out they both were cast for an Oscar-winning movie A Star Is Born, and the moment was while attending the Oscars.

You may also like: Are Actor Jonathan Groff and Lea Michele in a relationship?

Being free from speculations, he once stated comedian and actress Eleanor Kerrigan as his ex-fiancee when he was questioned about his sexist character. See what he said,

"And my ex-fiancée, Eleanor Kerrigan, who is, in my opinion, the strongest female stand-up comic in the country, we’re friends. We went out for about eight years. We’re friends for over 20 years. That girl would not stay with a sexist. She’s from fuckin’ South Philly with 10 brothers and sisters. She doesn’t take a shit."

The lady still frequently appears in Clay's Instagram posts and it's really so confusing what's actually going on between these two. Here of the recent Instagram posts of Eleanor Kerrigan.

While one of their fans commented that they are great friends, another made everyone think about their relationship twice as the person appreciated the pair saying 'What a hot couple'.

He was always criticized for his nature towards women, for what he was furious and spilled what he was holding for years.

"The Adventures of Ford Fairlane" actor has had three unsuccessful marriages in the past with two biological children with his second wife. All his marriage was short-lived with the first lasting for just 2 years, second for good 10 years, and the third one for four years.

Clay met his future wife Kathy Swanson, an aspiring actress while working on his street-tough stage character at L.A.'s Comedy Store. She enjoyed his show as an audience. Soon after the first encounter the two started dating, lived together in 1981 and tied the knot three years later.

Just one More Shoutout To PHILLY!!! Thankyou For Always Being There For Me . Great Time @heliumcomedyphl . See ya Soon .

He got married to Swanson in 1984 which lived for only two years ending with a divorce in 1986. They haven't had a successful love life and were never up on the media.

He once called his first marriage "a complete horror show". Both the former pair blamed one another for their marriage failure. It was Swanson who filed a $6 million breach of contract suit against Clay accusing him of persuading to use their mutual attorney for their divorce processing. Despite her accusation, Clay thoroughly denied the claim.

After Swanson, he found love in waitress Kathleen "Trini" Monica and tied a knot in 1992. In 1990 two years after their marriage, they had a son Max Silverstein and in 1994, they had another child Dylan Silverstein. Their conjugal life went all good, both being supportive of each other. Nevertheless, they went through a divorce after 10 years of togetherness and separated in 2002.

Although being busy in the industry, he began dating his hair stylist Valerie Vasquez and married her on Valentine's Day in 2010. They enjoyed their relationship and were always spotted together having their moments.

Andrew Dice Clay With His Then Wife Valerie Vasquez.

Maybe it was because she used to be her hair stylist, the couple were always captured together. Together on the work, hanging out and enjoying each other company was what they did together in the relationship.

It's an obvious fact known to all that love is not just about rose and romance as a pair has to take a crucial decision at some point in their lives. Four years after living as husband and wife, Clay and Vasque decided to part ways and live separate life onwards.

As stated by Clay, the couple avoided a messy divorce. He claimed that the two still love and respect each other but the word 'marriage' was putting pressure in their relationship.