Home Article American Writer Lindy West Is In a Married Relationship With Husband Ahamefule J. Oluo Since 2015; Details On Her Personal Life

American Writer Lindy West Is In a Married Relationship With Husband Ahamefule J. Oluo Since 2015; Details On Her Personal Life 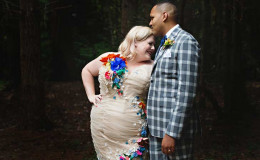 American writer Lindy West is living a happy married life with her husband Ahamefule J. Oluo. The couple tied the knot in July 2015 in a grand ceremony.

"Being sexy and gorgeous is all about attitude, not body type. It's just a state of mind."

The above words better reflect the life of the plus-size author Lindy West. She's achieved a lot in her career and within her success story faced a lot of discrimination because of her body.

West even considered in the past that she will never marry anyone but as fate would have it she successfully battled fatphobia and is living a wonderful married life with her husband Ahamefule J. Oluo.

The couple simply proved it's only love and affection that matters to make the relationship stronger.

Lindy West, the Seattle-based writer, and her boyfriend Ahamefule J. Oluo got engaged on her birthday. It was an unforgettable surprise for her as their friends, family, and kids attended the day.

Some months later, the couple tied the knot on 11 July 2015. West walked the aisle at her favorite place with the song Someone to Watch Over Me playing on the piano. 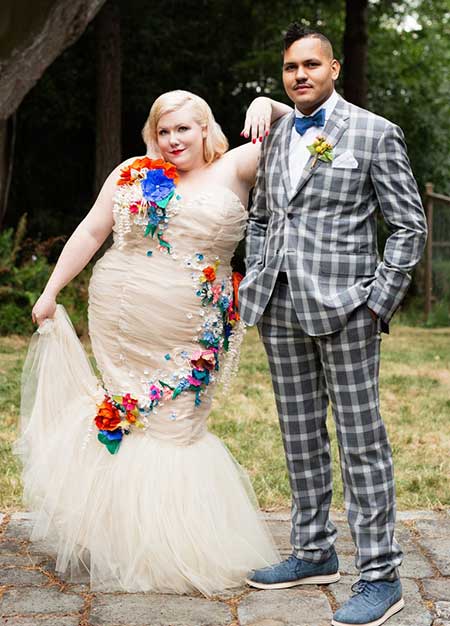 Lindy West and Ahamefule J. Oluo on their wedding.
Source: A Practical Wedding

West is now living a happy married life with her husband now but things weren't always the same. She was literally very tired of people asking her about her fat body.

She wrote in one of her creation called Why I can't wait to be a fat bride,

'I grew up assuming that I would never get married, because marriage was for thin women, the kind of women who deserved to be collected. How could I be a bride when I was already what men most feared their wives would become? I was the mise en place for a midlife crisis. I was the Ghost of Adultery Future. At least, that’s what I’d been taught. And that’s why I can’t goddamn wait to be a fat bride.'

"I have never in my life been fatter than I was on my wedding day, I have never shown my body in such an uncompromising way, and I have never felt more at home in that body. I was fully myself, and I was happy. We are happy. This life is yours, fat girls. Eat it up."

"My husband isn’t fat, and that enrages people."

She strongly offends on the idea that her husband's only with her because he has 'a fetish for larger bodies'. No doubt the two are very serious in their relationship that they have every single moment of their life to enjoy.

The couple is soon to celebrate their 3 years marriage anniversary. Let's wish them all the very best in their future endeavors.

Do Lindy West and Ahamefule J. Oluo share any Kids?

More than five years since Lindy West and her beloved husband Ahamefule J. Oluo exchanged their holy marital vows, the husband and wife are still yet to start a family of their own. 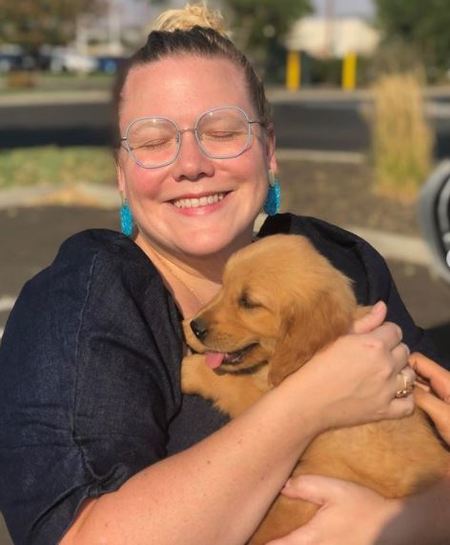 By the looks of it, West and Oluo definitely want to wait for the perfect time to expand their family of two to three. But, in the time, West and her partner seemingly enjoy life without any responsibility of parenthood.

On the other hand, Lindy is happy to be a mom of a golden retriever named Barry, though, Her fans can expect to see tons of videos and pictures of the comedian's dog.

Lindy West: Discriminations She Faced As A Fat Woman

West has always been against people who overreact on her size. She was once a staff writer for Jezebel and used to write on racism, sexism, and fat shaming.

"I’m not going to answer the same question about being fat anymore."

She wrote a book about fatness called Shrill. She traveled around the world on tour with her book.

She mentioned that she was shattered many times in her dating life all because of her fat body. During an interview with the Pool, she said,

"It’s not that I’m not attracted to fat men – I’ve dated men of all sizes – but the assumption that fat people should only be with fat people is dehumanizing. It assumes that we are nothing but bodies. Well, sorry. I am a human and I would like to be with the human I like the best. He happens to not be fat, but if he were, I would love him just the same. Isn’t that the whole point? To be more than just bodies?"

She even mentioned that she dated men in private but they often refused to be seen with her in public.

"They told me, explicitly, that we had no serious future because they were afraid their friends would laugh at them. I’ve been eagerly approached by men who clearly saw me as nothing but an arousingly taboo body type, which I find equally demoralizing (other fat people don’t mind, I know – that’s cool, too). I just wanted to be a person, and, if I was lucky, to fall in love with a person – neither in spite of my body nor because of it. Once I finally did, I wanted to crystallise that, make it solid, and broadcast it where younger versions of myself could find it"

Well, beyond all the criticisms West is living a happy married life with her musician and writer husband. 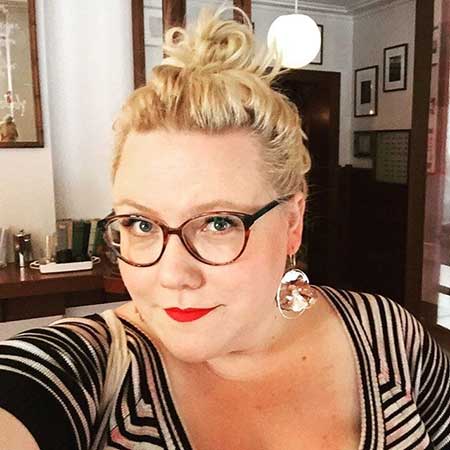