Home Article Anchor Carissa Culiner is a mom for the first time; She and her Husband gave birth to a baby boy

Anchor Carissa Culiner is a mom for the first time; She and her Husband gave birth to a baby boy

Anchor Carissa Culiner is a mom for the first time; She and her Husband gave birth to a baby boy; Find out his Relationship and Affairs

Carissa Culiner, the jolly and funny co-host of the show, Daily Pop has a little bundle of joy to take care of. This is the first child of Carissa and her husband, Shanon Culiner.

The host and her husband are very happy with the birth of their first son. The couple will now be getting their hands full changing the diaper of their newborn. 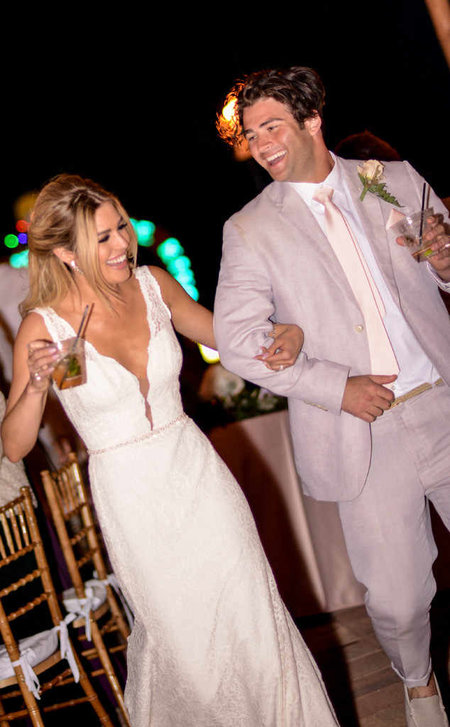 Carissa and her husband Shanon during their wedding, They welcomed their first child Chase,
Source: E! Online

The host announced that she is pregnant earlier this year in June. During a live TV show, she gave hints to her co-host of the show, Catt Sadler, and Justin Sylvester. She showed the Tweet about her pregnancy, in which she captioned,

During the time, she stated how she is preparing for the birth of her child. She divulged,

"I've been at work every day, so I'm thinking that's pretty good," she shared. "I've almost thrown up a few times on the show, but it's fine."

In a statement to the E! network, she said,

"Both of us are doing great!"

We once again wish the new parents a hearty congratulation and give them our best so that they will become a great parent.