Home Article Andrew Garfield was captured in tears after his Ex-girlfriend Emma Stone win an Oscar Award: Fans are hoping for the former couple to get back together

Andrew Garfield was captured in tears after his Ex-girlfriend Emma Stone win an Oscar Award: Fans are hoping for the former couple to get back together 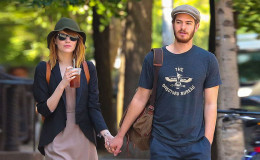 Well, as for now, we cannot speculate whether the former couple will think of reconcilating and be together. We hope that both of them remain good friends like now and secretly wish they get back together soon.

The year 2017 has been blissful for the gorgeous actress Emma Stone. After bagging the prestigious Golden Globes for Best Actress, Emma has grabbed herself the greatest achievement of her life, The Oscars! for Best Actress in the Five Oscars winning movie La La Land.

While all the industry fraternities were gushing about the actress's accomplishment, Emma's fans, on the other hand, are gossiping about something else that happened that night!

No, we're not talking about the embarrassing moment where La La Land was mistakenly handed the Best Film Oscar, we're talking about Andrew Garfield's heartwarming reaction when Emma was announced the ultimate Academy Award winner.

The former couple was the industry's most favorite and ideal couple as they dated for four entire years, sadly ending it back in 2015. And now, this reaction of Andrew who co-starred Ben Ross in tick, tick...BOOM! has grilled more news in the media. 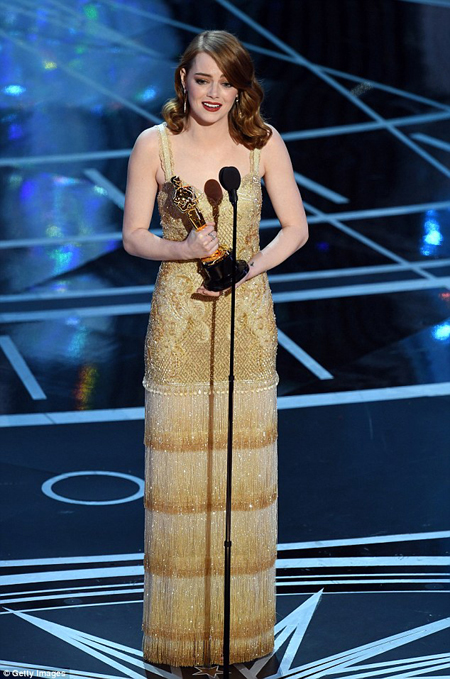 But, her ex-boyfriend, The Amazing Spiderman's actor Andrew Garfield cheered her like no one with tears in his eyes, which eventually caught a lot of attention.

As most of you might have noticed, he was sitting in the front row, during that night, and when Emma took on the stage, Andrew got all teary eyes and gave her a huge round of applause. 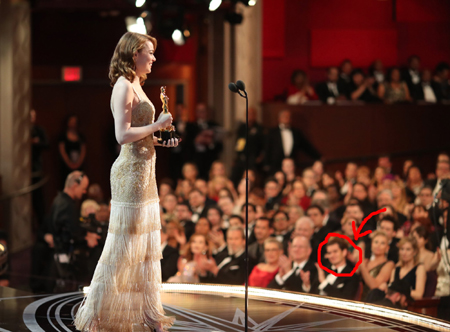 Their fans all over the world Tweeted about Andrew's reaction and even speculated that they might be getting back together soon.

New picture of #AndrewGarfield and #EmmaStone after their hug at the #Oscar2017 in Los Angeles, (Feb. 26) pic.twitter.com/CmegxAwVW8

Find someone who will look at you the way Andrew Garfield looks at Emma Stone #Oscars #Stonefield pic.twitter.com/rrgQ576vWH

Despite the fact that the 33-year-old actor missed out winning the Best Actor for his movie Hacksaw Ridge, he looked proud and overwhelmed with emotions when his ex, was announced as the winner.

This is not all guys, there's more.

Last month, during the Golden Globes, the actor cheered for his former lover by giving a solo standing ovation to the gorgeous actress when she received the Globes for Best Actress.

Now, their fans are all talking about them and hoping that they'll patch up soon. Also, on Variety's Little Gold Men Podcast, Andrew was happily praising his ex, Emma when he was asked about her. He told,

'It's also been wonderful to have that kind of support for each other. It's nothing but a beautiful thing.'

This statement makes all of the wonder whether The Amazing Spiderman leads, Andrew and Emma are still in love with each other. Well, it could be as who can say such beautiful things about one's ex? 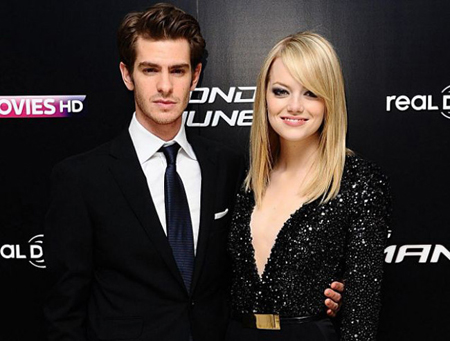 Not only that, The Hollywood Reporter interviewed the handsome actor back in 2016, and when he was asked randomly about which actor or actress he would like to spend time without hesitation on a deserted island, he sportingly chose his ex, Emma and quoted,

"Emma Stone, I love Emma, She's all right. She can come."

So what can we conclude out of this? Emma and Andrew's friendship has made fans pretty confused and we really want to see them together soon.

The viewer's eye candy couple, Emma, and Andrew had their first encounter over the sets of The Amazing Spider-Man.

When their movie grossed over billions, they became one of the perfect on-screen couples and were loved by all. 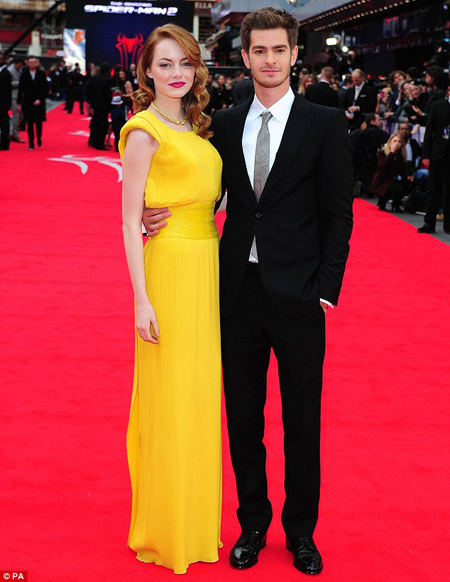 As doubted, the two soon sparked an off-screen romance too and eventually started dating.

The pair remained coy about their relationship in the interviews for months but eventually, the brilliant actress Emma told in an interview that her relationship with Andrew is so special that it never felt good to talk about it.

This gave everyone a hint that they were madly in love and dating. Later in 2012, the pair were spotted sharing smooches and kisses on a sunny day on the beach.

Finally, during the Met Gala in May of 2014, the duo hit the red carpet together looking smoking hot! 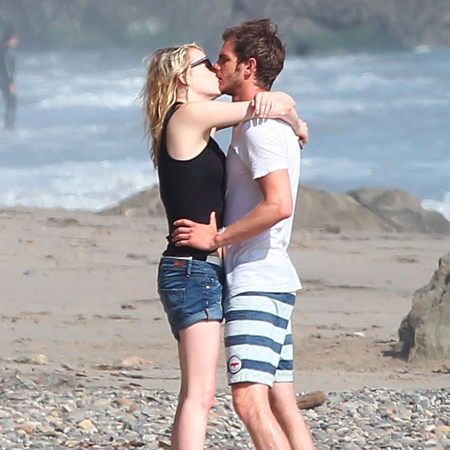 Rumors of their splitting up were swirling up on the media and the duo had several on/offs going on by late 2014.

However, the saddest thing happened when in April of 2015, the couple confirmed that they had parted ways and were no longer seeing each other.

The major reason behind their break-up was reported to be busy schedules and lack of time in their relationship.

Everyone anticipated that this powerhouse couple would get back together soon and speak of the devil, this did happen as People.com reported that they were spotted together in LA having a sushi date.

Days later, they were captured on camera leaving a Ralph grocery store together. 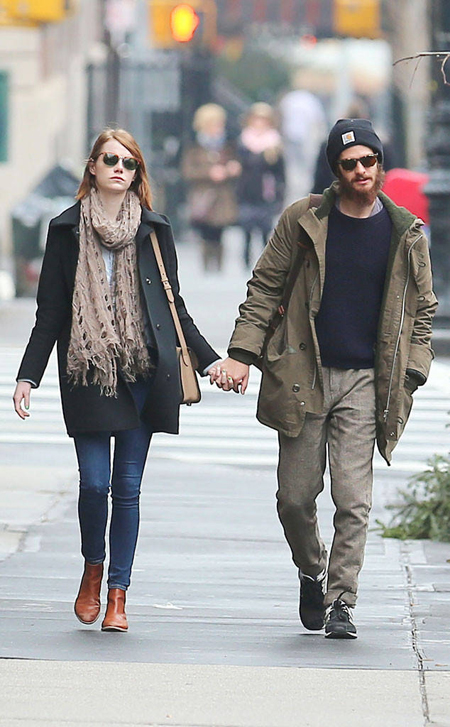 What's meant to be, will surely be. As the saying goes, the relationship od Emma and Andrew didn't last any longer as in October 2015, one of the sources confirmed that the two had ended it finally.

Both remained tight-lipped about this and haven't spoken about it in public yet.

Despite all this, the former couple still seems to have the bond and a special connection that makes them so happy for each other.

Here's a video of Emma Stone on The Ellen's Show, talking about her co-actor and former beau. Enjoy watching!

Well, as for now, we cannot speculate whether the former couple will think of reconciling and be together.

We hope that both of them remain good friends like now and secretly wish they get back together soon.