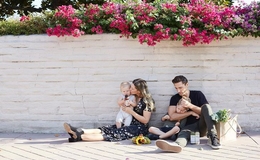 Actor Andrew Walker is one lucky man. Blessed with an amazing life partner aka Cassandra Troy with whom he raises two children, Walker has everything he ever wanted, to say the least.

A happy wife means a happy life. And, it is indeed true for actor Andrew Walker who is blessed with the best aka his wife, Cassandra Troy. And, if anyone just looks at Walker and his partner's social media, it's not that hard to tell how happy they make each other. 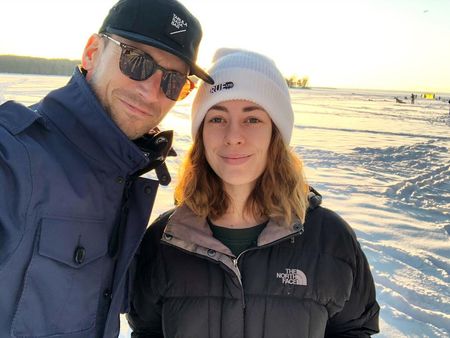 Andrew Walker pictured with his wife Cassandra Troy and their son. SOURCE: Instagram

Further, The Perfect Catch actor and his wife are both Montreal natives and have known each other for a long time before they eventually fell in love. And, as Andrew was head over heels for Cassandra, he popped the question and married her lover.

So, in 2013, Walker and Troy decided to exchange their marital vows. The lovebirds, however, chose to have a low-key wedding ceremony as Andrew and Cassandra wanted to avoid the public and media attention from ruining their intimate moments.

And, almost eight years later, Walker and Troy are still together and going stronger with their marriage. Mr. and Mrs. Walker celebrates eight-year into their marriage along with their two little boys, in 2021.

In fact, as of August 2021, the blessed couple aka Andrew Walker and his gorgeous wife Cassandra Troy are still in love and wouldn't imagine their life any other way. There are also no rumors of extramarital affairs from either party and divorce circulating between this happily married couple.

Following their marriage, actor Andrew Walker and his beloved wife Cassandra Troy have been showered with the gifts of starting their own family. Yes, the husband and wife are blessed with not one child but two, and with both being sons.

In addition, Walker and Troy waited for two years before they were finally ready to have their family. So, in late 2014, the couple received the exciting news of Troy's pregnancy with their first child. 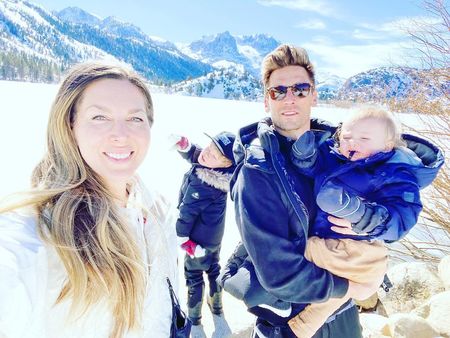 And on 16th July 2015, Andrew and Cassandra welcomed their first ever child aka son, West Byron Walker prior to the actor's wife giving birth to their second son, Wolf Reinhard Walker, four years later on 19th December 2020.

Not to mention, the Snowed Inn Christmas actor and his wife even named their company aka Clover to Little West after their son in 2018. The Los Angeles-based company that bottles fresh juices was co-founded by Walker with a friend in 2013.

Also, by the look of the actor's social media pages, Andrew is a big family man who enjoys spending quality time with his wife and two boys. Fans can also witness Walker's happy family of four traveling and having fun.

More About Andrew Walker - Actor Would Have Been A Footballer

If Andrew Walker might not have been an actor today, we would have probably watched him play football on sports TV channels. Well, Walker had a thing for football since his early days and even got a scholarship at Boston College.

But, Walker who had joined Vanier College and graduated from there had to give up on his football dreams after he was injured and tore his anterior cruciate ligament during a practice routine.

Walker then decided to join the acting field and his mother Jenimay Walker who is an actress and a model was a big help with supporting his new journey. However, his father, Bruce Walker, was a librarian and a school administrator.

And, today, Walker has successfully carried out his acting profession for more than two decades. From minor roles in The Secret Pact, Sirens, and Back to Sherwood to lead roles in Maybe It's Me, Against the Wall, and Bottled With Love, Walker has come a long way.

Fans can also enjoy the sheer talent of Walker on other TV films such as Unexpected Christmas, Christmas on My Mind, A Christmas in Tennessee, and Merry & Bright among others.