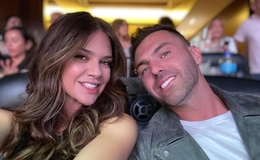 Angelica Celaya, the Mariposa del Barrio actress, failed with relationships until she met her husband, the handsome Luis Garcia. If you are curious to know more about this couple, we've got all the interesting details about their married life. Let's get to it.

Born and raised in Arizona, Angelica Celaya enjoys marital bliss with his husband of three years, Luis Garcia. Celaya exchanged the vows with her boyfriend turned spouse, Luis, in September 2018. Apparently, the wedding was also the talk of the town.

Angelica, Luis & their son Angel Alessandro while on vacation to Paris. SOURCE: Instagram(angelicacelaya1)

The Ladron de Corazones actress is now being gifted the role of motherhood alongside being a wife to the man she loves. As a matter of fact, Angelica and her spouse Luis Garcia successfully crossed over five years of togetherness.

Fast forward today in 2021, the happy parents of one still possess amazing chemistry & going strong with no signs of extra-marital affairs or divorce rumors.

Meanwhile, the starlet already expected her first child before the marriage. In fact, Celaya became a mom to Garcia's son Angel Alessandro before they moved in and became husband and wife. At the time of birth, the infant Angel weighed around 8 lbs 7 oz with 21 inches.

Past Relationship of Angelica Celaya

Meanwhile, there were other men in Angelica Celaya's life in the past before she met her beloved husband. And, one of the men Angelica dated before is Rafael Amaya. Angelica first met Rafael Amaya during the shooting of the series telenovela, Alguien te mirain. From there, the romance instantly developed between the two. 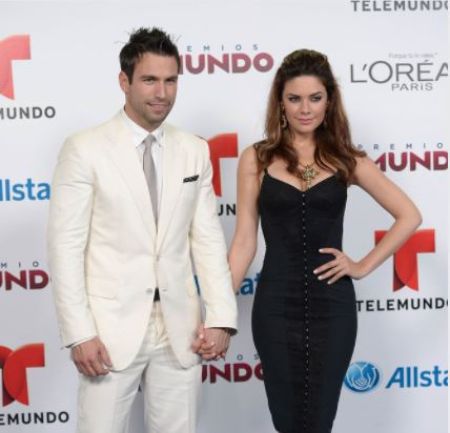 Sadly, the romance couldn't survive and the duo parted ways in May 2015. Things are now left in the past as both Angelica and Rafael moved on in life.

Angelica Celaya began her career in 2003 after playing the role of Renata. From 2005 to 2009, she worked in many TV Series like Los Plateados, Decisions, Marina & Gabriel, and made a lasting impression on her audience. In 2010, Celaya worked in the film Dead West as Gloria Valenzuela. 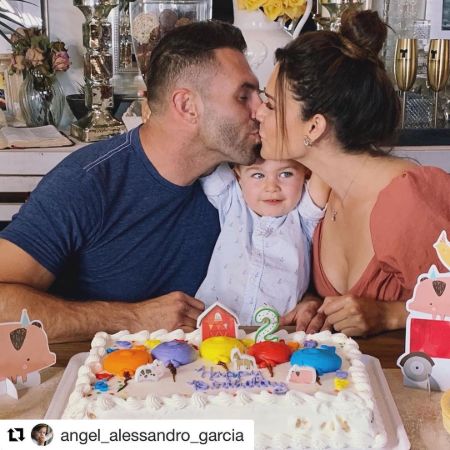 Thanks to her professional modeling and career as an experienced actress, the stunning beauty bagged a big chunk of money from her job. Angelica has summoned a whopping networth of almost $4 million as of 2021.

Check out the video of Angelica Celaya interviewing about her future projects.

When it comes to Luis Garcia's net worth, it's estimated to be at $6 million. Most of his wealth came from his professional soccer career. Not to mention, the athlete started his senior professional career for UNAM in the 1980s.