Home Article Bisexual actress Anna Paquin Married to Husband Since 2010; Has her Sexuality Affected Her Marriage?

Bisexual actress Anna Paquin Married to Husband Since 2010; Has her Sexuality Affected Her Marriage? 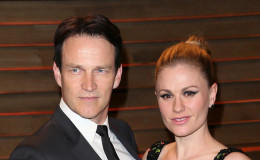 Anna Paquin fell in love with her on-screen love Stephen Moyer while performing True Blood. Without wasting time the two married in 2010 after some years dating. The two are now blessed parents to their adorable twin kids.

Anna Paquin fell in love with her on-screen love Stephen Moyer while working in the same TV series, True Blood. Wasting no time the two married in 2010 after dating for several years. The two are now parents to their adorable twin kids.

Paquin came out as a bisexual a few months before her marriage in 2010. She proudly mentions that monogamy and bisexuality are not mutually exclusive. Know how's their relationship and their family life going on in today's session.

It was love at first sight for Anna and Stephen.

Paquin, 35, fell in love with her future husband Moyer, 48 while performing seven seasons together on the series, True Blood. 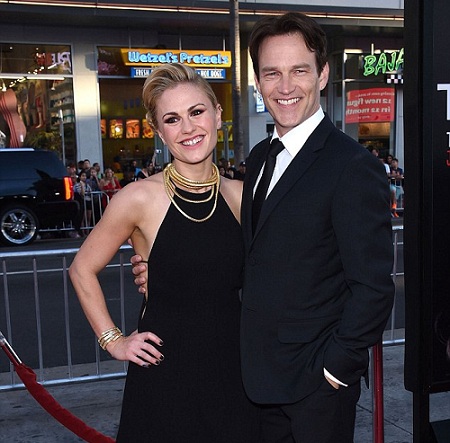 Moyer stopped by Watch What Happens Live and explained how it all started with his on-screen lover Paquin. He explained,

'We met screen testing for the show. We were both singles at the time, and there was just this kind of spark. I didn’t see her for three months, and she had gone from having dark hair to this beautiful blond, and I had gone from being blond to this dark vampire.'

"By day three or four – oh, this is going to sound so syrupy – but I knew I wanted to spend the rest of my life with her. It was within seconds, really, and it just became a thing."

The X-Men star married Moyer in August 2010 after some years of dating. The gorgeous actress is now a mother to 5-year-old twins Charlie and Poppy. 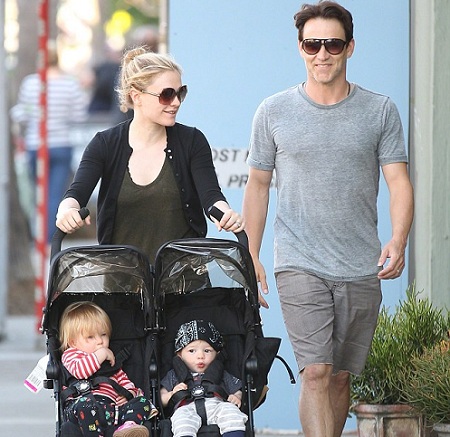 Anna Paquin and Stephen Moyer with their twins in the Venice, Los Angeles

Unlike many famous celebs, Paquin has kept her kids away from the limelight. During an interview in February 2018, she revealed why her fans have likely never seen photos of her kids.

"Everyone chooses what works for their family. There are aspects of one’s private life that are fun and cute and not too revealing. I’ve always been very private. I’m not as neurotic about it as I was when I was younger. I don’t want people to know too much about my real, inner private life."

"That’s part of having been a teenager and feeling constantly, brutally self-conscious and not wanting anyone to stare at me but having a job where that was part of it."

She admitted that raising twins isn't an easy task, still, she loves her kids the most. Paquin and Moyer make a great team as parents upbringing their twins.

Anna Paquin Revealed Being A Bisexual in 2010; Has It Affected Her Married Life?

Paquin came out as bisexual in 2010 and is actively participating in campaigns against the crude stereotypes against the LGBT community.

Nothing like being made up to look like you are trashed from partying all night... first thing in the morning... #flack

Here's an exclusive report of Clevver News about Anna Paquin opening about her bisexuality:

"There are people that are going to probably go to their grave thinking whatever they think about the LGBT community."

'That's their problem, not mine. And there's people that think that monogamy and bisexuality are mutually exclusive. Again, their problem not mine.'

In recognition of LGBT Pride Month in June 2014, she tweeted,

'Proud to be a happily married bisexual mother. Marriage is about love, not gender.'

'For me, it's not really an issue because I'm someone who believes being bisexual is actually a thing. It's not made up. It's not a lack of decision.'

There's no doubt the couple is enjoying every single day of their wonderful family life. They never miss adoring each other while making public appearances and that's the best way how a relationship lasts forever. 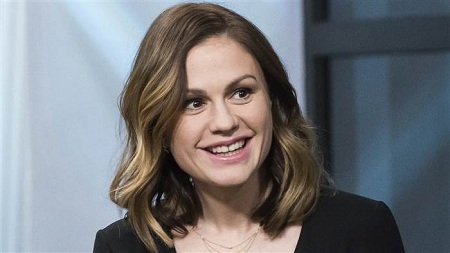