Home Article Are Amy and Nick Noonan still Married? Detail About their Affairs and Relationship

Are Amy and Nick Noonan still Married? Detail About their Affairs and Relationship 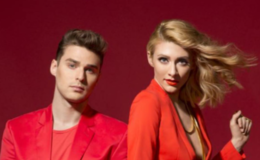 Amy Heidemann is an American rapper, singer, and songwriter. In this article, learn all about Heidemann's personal life.

Amy Heidemann is an American rapper, singer, and songwriter. She is also an entrepreneur. Heidemann goes by the stage name Qveen Herby.

The 36-year-old star rose to prominence as a member of the musical group Karmin, with whom she released two studio albums. After the duo went on hiatus in 2017, she launched her solo project, Qveen Herby, which combined R&B and hip-hop music elements. Heidemann's first studio album, A Woman, was released on May 21, 2021.

Yes, Amy Heidemann and her husband, Nick Noonan, are still married. The pair let their followers know the news in a way that wasn't very obvious by having Amy change her surname on her Twitter profile. She said on Twitter, "Me and the hubby performing Saturday at @sxsw who's going?" 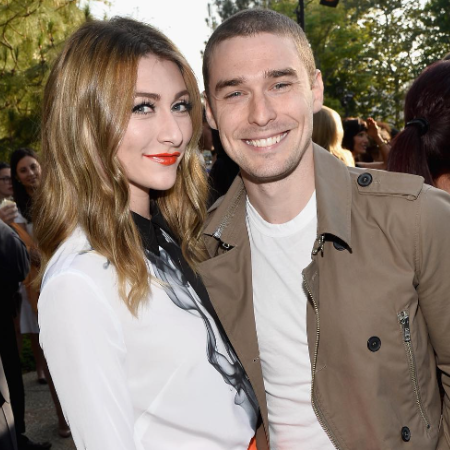 One fan was so eager to see an official photo from the wedding that he used Photoshop to superimpose their faces onto that of a bride and groom. "Tweet us your best wedding photo, @karminmusic! While I continue to wait, here is a phony one," The supporter sent a tweet. The two individuals joked in response to the silly picture, "How did our images get leaked?"

During an interview with HuffPost Live in April 2015, Heidemann and Noonan discussed their engagement for the first time, revealing that they did not yet have a planned wedding date. When asked if they had begun planning, Nick jokingly responded, "Absolutely not," but acknowledged that they had one at one point before deciding to scrap it.

"Even the wine glasses came with the date engraved on them. Nick and Amy were ringing the small bells," Amy said. "Didn't happen. And here we are, at last, with it!" In addition, they still have those wine glasses, which, even though they are engraved with the year 9/10/11, they claim to use all the time.

As per Tidings Info, Nick and Amy became acquainted with one another while attending classes at the Berklee College of Music in Boston. The two of them established the band Karmin. They started going out together in September 2005 and officially announced that they were getting married in March 2016.

On April 19, 1986, Amy Heidemann was born in Nebraska, U.S. As a member of the pop group Karmin alongside her husband Nick Noonan, Heidemann kicked off her career as a musician by uploading cover songs to YouTube. The duo signed a recording contract with Epic Records and released their debut extended play (EP), Hello, on May 7, 2012. 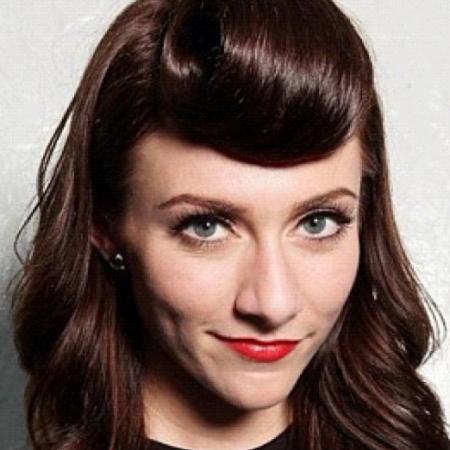 After releasing Hello, the pair released Pulses, their first full-length studio album. Although it was less successful commercially, the single Acapella complimented the album. In preparation for the release of their second studio album, between 2014 and 2016, they disseminated several singles. These songs were Come with Me (Pure Imagination), Sugar, Yesterday, Along the Road, and Didn't Know You.

In 2016, Karmin and Wild Culture produced a collaborative Sugar EP. It includes reworks of Sugar in the form of three separate tracks and Brave, a single by Riley Pearce. On September 9, 2016, the duo released Leo Rising, their second album.

In 2017, Karmin's social media accounts were changed to Qveen Herby, and a small preview stated, Karmin Is Dead, Long Live the Qveen. Heidemann made an official announcement concerning her solo career and her debut extended play, EP 1.

Heidemann chose her stage name by combining Qveen, a nickname given to her in college, and Herby, the mascot of the Nebraska Cornhuskers. She later discovered that Herby means Warrior, which inspired her choice of stage name.

Herby started releasing an extended play series after publishing his first and second extended plays (EP). To begin, EP 3 and EP 4 were released in 2018. EP 5, EP 6, and EP 7 are scheduled for release in 2019. She has also released The Vignettes and Tiny Piano, single albums, and live EPs. And finally, EPs 8 and 9 are scheduled to release in 2020.

Throughout 2020, Herby disclosed that EP 9 was considered the final EP in the series. Heidemann started putting out singles like Alright and The Show when her EPs ended in 2020.

The first song from Qveen Herby's debut album, Juice, was made available for digital download on April 16, 2021. Herby has revealed the title of her debut album, which will be titled A Woman. Herby released her debut studio album on May 21, 2021, accompanied by a second song and a music video titled Naughty Girl.

On Instagram in March 2022, Qveen Herby announced the debut of a new extended play (EP) titled Mad Qveen, published on April 1 by her record company, Checkbook Records. Seven songs were on the extended play, including Rabbit Hole and Cruella. The latest songs by Qveen Herby, 5D and DRESS CODE, were released on October 11, 2022.