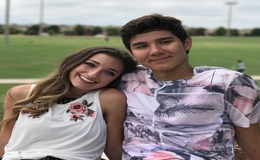 The happy go lucky girl Brooklyn McKnight is always full of charms and looking bright. And, there's a reason behind that smile too.

So, what could be the reason? Well, it's none other than the YouTuber and social media influencer herself. After enduring a breakup with her ex-boyfriend, Parker Johnson, Brooklyn has been happy by herself and doing her own thing. You go girl.

Parker Was The Who Dumped Brooklyn McKnight

Brooklyn and Parker fell in love in 2016, but the love birds couldn't be together for even a year. And, as a social media influencer, Brooklyn was very vocal about sharing her relationship including the breakup part on the internet with her fans. 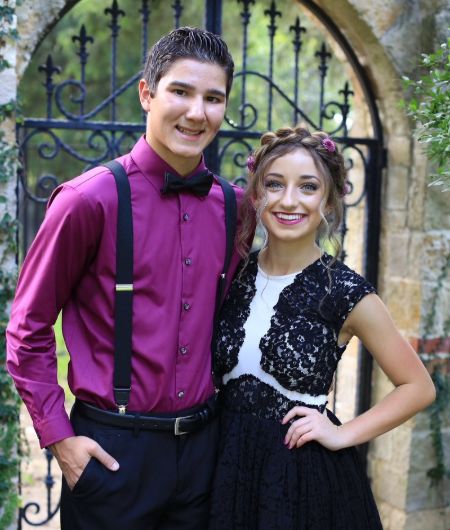 Parker and Brooklyn broke up in September and the curly-haired beauty was more than upfront to share the reason why they split. Brooklyn shared a video where she disclosed that she was actually dumped by Parker. Expressing that the young love birds had gone through relationship issues, Brooklyn can be even seen trying to hold back tears in the video.

Brooklyn, then further shares how things were going smooth and they were working out to improve things together. But, on their last meeting, Parker surprised Brooklyn leaving her completely shocked. Unable to cope with the break-up, Brooklyn cried for days.

McKnight, however, holds no grudges for her ex and still wishes nothing but the best for him citing that he is still a really good guy and that he deserves the best and all the happiness. Aw, Bless her soul. Brooklyn hasn't been dating since then.

On the other hand, Brooklyn's twin sister Bailey has been lucky in love. She is actually dating boyfriend of two years, Asa Howard. FYI, Brooklyn and Bailey, both born on 31st December 1999 are 20 years old, as of January 2020.

Brooklyn's sister made her relationship official with her beau through social media in 2017. And, by a glimpse of McKnight's Instagram's feed, she often shares snaps with her young man. Not to mention, Asa even does videos with his girlfriend on her YouTube channel which goes with the username, Brooklyn & Bailey. 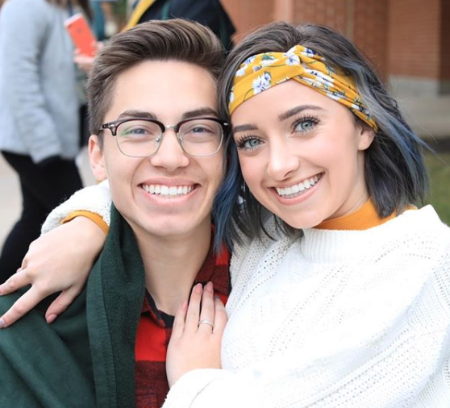 Bailey Howard and boyfriend Asa Howard whom she has been dating since 2017. SOURCE: Asa Howard Instagram

Howard made his first feature with Bailey in Feb 2019 after being together for nearly two years. It was actually a Q&A vide0 where Bailey asked Asa a few questions. And, Howard who looked handsome in a bright shirt picked up Bailey answered almost all of those questions correctly. Aw.

Basically, Bailey & Asa had their first date at Panera in Texas where they also had their first kiss on 25th February 2017. Adorably enough, Bailey even has the date engraved on her necklace. How cute, seriously! Brooklyn, however, confessed her feelings a week later, the day after they were done filming Simple Things.

And, these two have been together ever since.