Home Article Are Helena Christensen and Norman Reedus in a relationship as girlfriend and boyfriend?

Are Helena Christensen and Norman Reedus in a relationship as girlfriend and boyfriend? 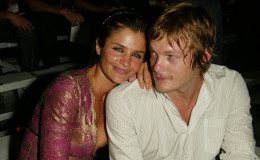 The star of the Walking Dead, Norman Mark Reedus has been gushed about in regards to his incredible acting skills.

The star of the Walking Dead, Norman Mark Reedus has been gushed about in regards to his incredible acting skills. His personal life has also been the subject of wide controversy among his fans. He had previously been involved in a relationship with Helena Christensen. This actor who portrays the role of Daryl Dixon in The Walking Dead has a son with this supermodel. They were together from 1998 to 2003 and through fans speculated that they had been secretly married, this was not true. After a number of years have passed, is the couple dating? Have they rekindled their relationship? Or have they parted ways for good?

The gorgeous ex-girlfriend of Norman is known to be very supportive of him. The beauty has revealed that she and her son with Norman watch The Walking Dead together and are fans of the show. The 14-year son of Norman is an adorable fellow who is extremely proud of his dad. This romantic detail of the pair has led fans to speculate that they have gotten back together and have rekindled their love.

Norman dated Rose McGowan on 2001 and was involved in a relationship with the beautiful Jaraj Mariano from 2008 to 2009. From 2011 to 2912 he was involved in a relationship with Glenn Lovrich and dated Cecilia Singley on 2013. Emily Kinney was reported to be his girlfriend on 2015 and she has also been known to have dated Diane Kruger. He is single as of now and has never been married. Helena has dated Orlando Bloom, Rasmus Walter Hansen, Bon Jon Bovi, Heath Ledger, Guy Berryman and is dating Paul Banks recently. So it surely seems that the couple has parted ways for good and though they remain supportive of each other because of their son, they are not in a relationship and will certainly never be.