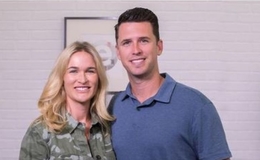 Kristen Posey and Busty Posey are a happily married couple. After four years of dating, Kristen got hitched to a terrific baseball catcher for the San Francisco Giants of MLB, Buster Posey. Read about their life in detail here.

Kristen Posey is popular as the wife of the former greatest professional baseball catcher Busty Posey. Along with his life partner, Buster is a philanthropist and doing great, taking the opportunity to make a difference in the lives of all children who have pediatric cancer. 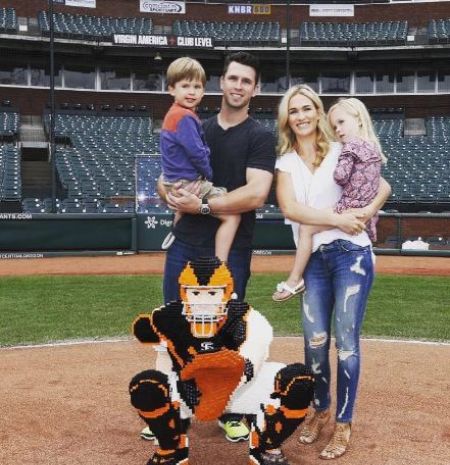 Additionally, one day Buster invited Kristen to the senior prom, and she agreed. The lady was in her senior year, his junior year, and they were both 17 or 18 when they began hanging out together.

There was no prom-posal, only a passing question in the hallway and an answer that would form their relationship for years to come. The two fell in love and eventually became each other's soulmates.

After four years of dating, the lovebirds finally walked down the aisle on January 10, 2009, in their hometown in Leesburg, Georgia.

The ceremony was low-key yet elegant. The bride had put on a sleeveless upper-body floral gown, while the groom donned a black suit with a white shirt and a blue tie.

How Many Children Does Kristen Posey And Buster Posey Have?

Kristen Posey And Buster Posey are the proud parents blessed with twins. The couple welcomed their twin children, a son, Lee Dempsey Posey and a daughter, Addison Lynn Posey, in January 2011. 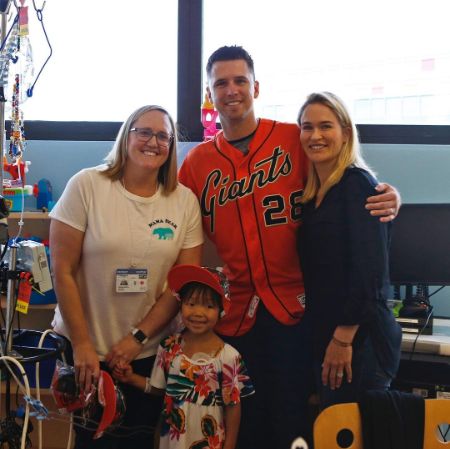 Buster Posey and his wife Kristen Posey spend time with kids and families in the hospital. SOURCE: Instagram(@busterposey)

Lee and Addison came into the Posey family's world just minutes apart. The images of the twins, who are now twelve years old, can be found in the Instagram posts of their parents. Also, Kristen and their twins frequently attend Buster's games together.

In addition, the Posey family added two new members in 2020, with the adoption of Ada and Livvi, twin girls. Kristen Posey and her soulmate Buster Posey previously lived in the East Bay Area during his career. 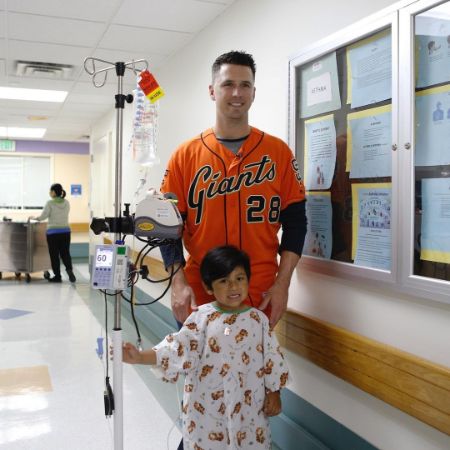 And after the announcement of his retirement, the family of six sold their house to move back to Georgia. At present, the adorable children frequently appear on their dad's Instagram handle and have over 370k followers.

Why is Buster Posey Famous For?

Mr. Buster had spent almost 12 years of his MLB career with the San Francisco Giants until his retirement in the 2021 season. Buster was one of the team's star players and set records in batting average and runs batted in (RBI).

Buster not only adds millions of dollars to his fortune but is actively involved in charity works, spending some amounts in funds and donations. On his 32nd birthday celebration, he asked everyone to take the pledge with him on his RBI Research campaign.

Buster's wife Kristen is the housewife and works in fundraising programs that the pair established. Their organization creates grants to improve the lives of children with pediatric cancer.

Speaking of which, Buster helped spread pediatric cancer awareness by selling SFGiants caps. A portion of the proceeds from the 9Forty Cap went towards pediatric cancer research and treatment.

To add, Buster visits hospitals like Oakland Children's hospital to meet many of the kids suffering from a terrible disease. In March 2019, Kristen and Buster donated $1500 to the organization.

All in all, Kristen is a lucky woman because she has a husband who is not only materially rich but also has a big heart.