Actress Ariel winter dating her boyfriend Levi Meaden in Australia, know about her affairs and relationship 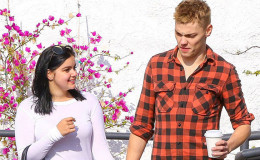 Ariel Winter is our talented home girl who is now all grown up and enjoying life with boyfriend Levi Meaden. Lets know about their relationship.

Ariel Winter, the "Modern Family" little star is not so little anymore and the talented young lady is flaunting her voluptuous figure to the world by posting stunning pictures of herself on Instagram and other social media accounts.

She is currently having a steaming affair with boyfriend Levi Meaden and is all set to showcase her love story to rest of the world with confidence. Hat's off to her.

Well, according to Ariel's Instagram posts, the young souls seems deep in love with each other. Let's know more about the hottest piece of cake's love adventures. We are sure there are many Romeos for our sexy Juliet.

Affair between Ariel and Levi

Austrailia's weather seems to be raising day by day because of steaming hot relationship of Ariel and Levi.

The talented Alex from famous comedy-drama series "Modern Family" has now turned into a gorgeous and sexy lady with so much poise and controversies. 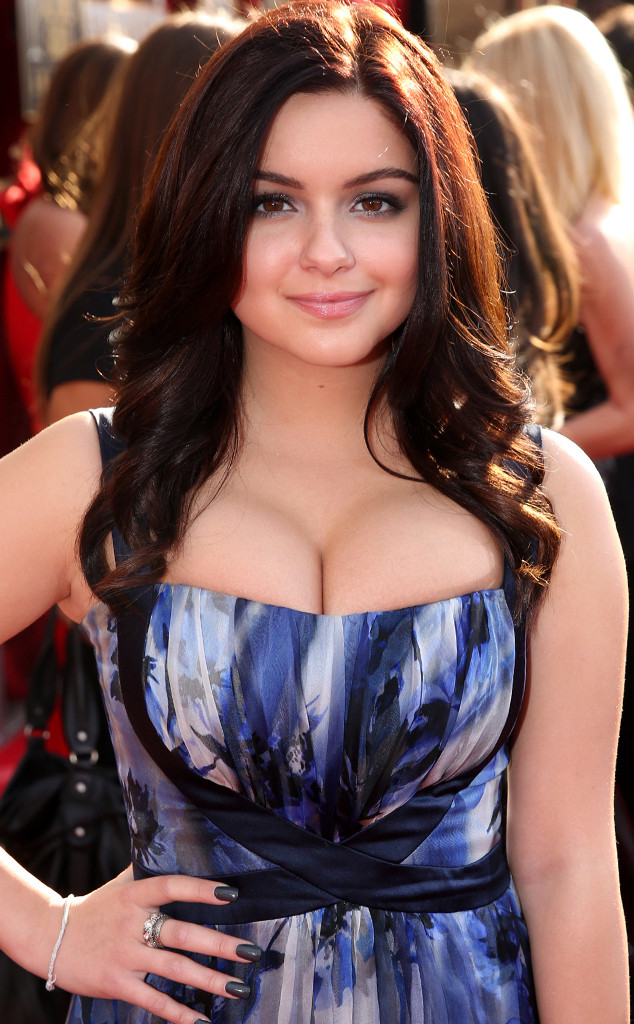 She is enjoying her youthful life with beau Levi Meaden. Even though she called herself brutally single in an interview on September, the cozy pictures on Instagram surely prove how much truthful she is being with the media. Take a look at this picture!

Loving you all the way into 2017 #happynewyear #nye

The 18-year-old bombshell after breaking up with longtime boyfriend Laurent Claude Gaudette whom she dated for two years, patched things up with her current 29-year-old lover Levi around October last year. 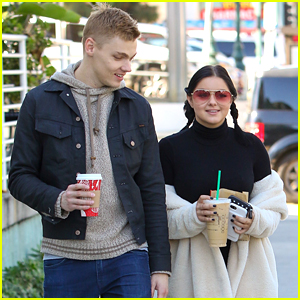 Poor little Ariel has to face a lot of difficulties when it come to her body. As we know there is only a few legit body type for women all over the world.

Some haters caught up to her and started body slamming about her. Well, she was not going to keep quite.

Couldn't be more grateful to @shanelle_gray & @davidbarrygray for throwing me the most amazing graduation party ever last night...the amount of love and support they've shown me for the past four years has been life changing. My sister is my absolute best friend and my everything...Thank you so much. I couldn't be luckier or more grateful. I was in awe last night and I still am that you guys love me that much to do all of that for me...I never would be where I am today without you two...you guys saved me and taught me to be the person I am today. Dad...I love you!!! Thank you for always being there to support and love me as well and always put a smile on my face no matter what. I'm so grateful for the bond we now share. Alenah the song you put together with Shanelle and recorded for me was one of the most special gifts I've ever received. I'm still tearing up thinking about it. Thank you for that and for your beautiful, special performance. Also a big thank you so much to Geraldine for putting it all together and to @contemporarycatering @robpauerful for the most amazing food! A special thank you as well to Sharon who is probably the biggest reason I was able to get through high school and accepted into college...you pushed me to always do my best and encouraged me...not to mention you were always there for my 1am freak outs about late projects. Anddddd thank you SO MUCH to all of my amazing family members and friends that flew in to celebrate with us- you guys are the absolute best. Thank you also to the ones who didn't have to fly in...so much love was felt all around last night. Thank you thank you thank you!!!!!! Class of 2016...#uclabound

After posting this picture on Instagram, Ariel had to come across a lot od body shaming. Immediately she posted a message for fans on twitter criticizing the haters:

Dear sorry body-shamers, I looked HOT in that dress. And if you hate it, don't buy it. But please get a hobby. XOXO Ariel #EmbraceYourBody

Ariel has started her career when she was four-year-old. She first appeared in a Cool Aid commercial in 2002 and had first big television in an episode of "Listen Up".

She also lent her voice for a famous animated cartoon "Phineas and Ferb" in the role for "Gretchen".

She then started in a famous TV series, "Modern Family" in the role of "Alex Dunphy" which premiered in 2009 when she was just 11 years old.

We wish all the best to the talented and pretty actress for the upcoming opportunities and challenges.