At Least 17 Killed And 50 Injured In Florida High School Mass Murder; Suspect Identified As Former Student Who Was Rusticated 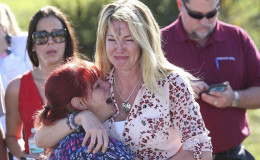 Seventeen killed and dozens of people injured in a mass shooting at Marjory Stoneman Douglas High School in Parkland, Florida on Wednesday afternoon, Broward County Sheriff Scott Israel confirmed. A 19-year-old Nicolas Cruz has been identified as the suspect who was expelled from the high school a year back due to some unknown ''disciplinary reasons.''

A 19-year-old Nicolas Cruz has been identified as the suspect who was expelled from the high school a year back due to some unknown ''disciplinary reasons.''

The suspect also fled the scene with hundreds of terrified students. Investigators found him around two hours later after seeing the surveillance footage. Aerial footage showed the suspect wearing a maroon colored sweatshirt when he was put in the back of a cruiser by the officers. 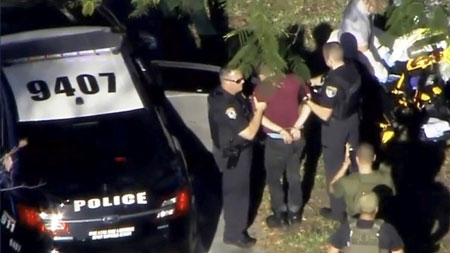 Israel said police believed the suspect, who is in custody, used an AR-15-style weapon. He also added he had ''countless magazines.''

Israel confirmed 12 people died at the scene while two killed just outside the building, one died on the way to the hospital, and two died in the hospital.

The Florida Governor Rick Scott declared the government flags flown at half-staff through Monday in honor of the victims of the mass murder. 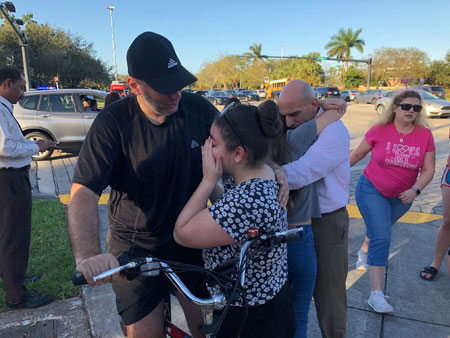 This has been a day where we've seen the worst of humanity. Tomorrow is gonna bring out the best in humanity as we come together to move forward from this unspeakable tragedy.

President Donald Trump also conducted his condolences to the bereaved family members in a tweet.

My prayers and condolences to the families of the victims of the terrible Florida shooting. No child, teacher or anyone else should ever feel unsafe in an American school.

Wednesday's shooting is the third deadliest mass shooting in the United States to take place within last five months. Back in October 2017, a gunman, Stephen Paddock opened the gunfire at the Route 91 Harvest Festival concert in Las Vegas which left around 60 people killed.