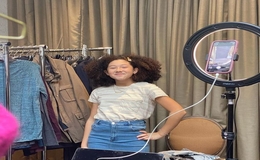 Actress Ava Frica is so cute and the rising teenager is already winning so many hearts with her fresh talents in the acting industry. See everything you need to know about the Playing Cupid actress below.

The curly-haired beauty Ava Frica was recently watched on Hallmark's rom-com, Playing Cupid where she played the lovely role of Alivia, one of the main characters in the TV Movie.

Distinct by her beautiful curls, Ava Frica is only 12 years old right now and celebrates her birthday on 25th November. Born in 2008, this young and talented star in the making turns 13 later this year in 2021. 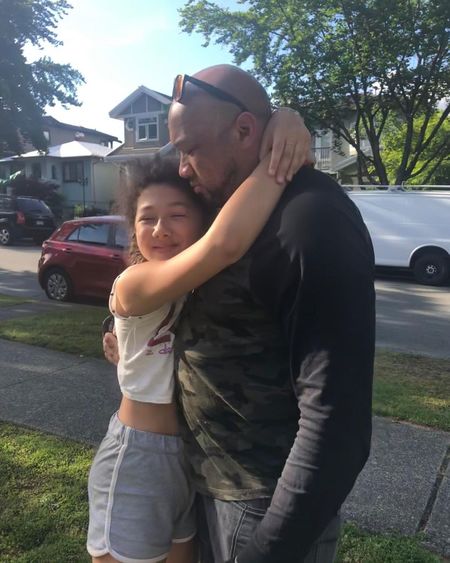 Ava Frica is a Canadian by nationality where she was born and raised in Vancouver by her single mother. So, yes, Ava's parents are divorced. However, both her mother and father co-parents Frica and shared a close bonding with her.

Needless to say, Frica's parents are also fully supportive of the actress's dreams to become an actress. Also not to let it go, Frica is an interracial child as she is half Caucasian and half Black.

Well, Ava Frica is white from her mother's side and Black from her father's side. And her African heritage definitely speaks volumes about her gorgeous curls.

Ava Frica Is On Instagram Monitored By Her Mother

That's right, the rising star aka Ava Frica is available on Instagram where her fans and supporters can follow to catch up on new updates and the whereabouts of the budding actress. 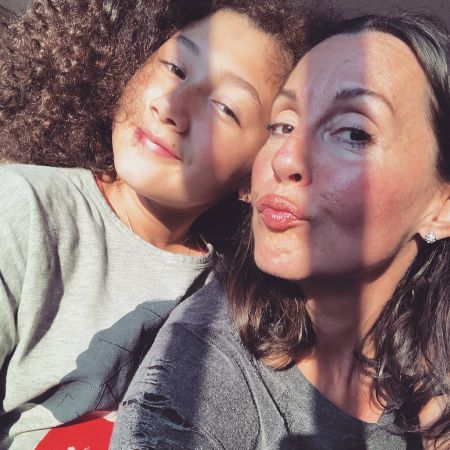 But, of course, with Frica being only 12 years old right now, her social media pages are monitored and controlled by a senior, especially her mother who makes sure to update her Instagram page with positive and necessary posts for her fans to see.

And, what is amazing about Frica's Instagram page is the fact that fans will get to see the funs the actress has on both her onscreen and offscreen life. Frica also often praises her mother and father for their love and support on social media.

Since Ava Frica embarked on the challenging field of the movie industry, she has applied and auditioned for many roles. And, with her recent role as Alivia in Playing Cupid, Frica has finally managed to achieve so many fans and big appreciations.

Fame and recognition for Frica will definitely get higher from here, though. And aside from the Hallmark Movies, Frica previously debuted for her onscreen role with her appearance on Supergirl as one of the Martian children.

Frica who enjoys Volleyball has also worked on many commercials and TV ads. The girl has already achieved so much than many of us have. But, what makes Frica an amazing artist and human is her contribution to give back to her society.

Well, Ava Frica makes a 5% donation from her earnings through any project she works on. Just in 2017, Frica made a donation of $125 to BC Children Hospital. 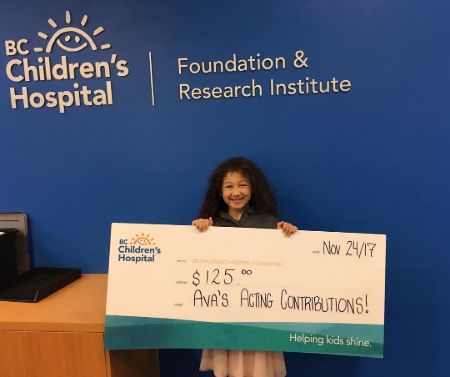 Ava Frica made a donation of $125 from her earnings to a children's hospital. SOURCE: Instagram

And we hope Frica will continue the good work as she inspires many of her fans and people around her.