Coco Rocha is Pregnant with Second Child: 'There's a Baby in Mommy's Tummy!'

Baby on board! Coco Rocha is Pregnant with Second Child; Find out all about the pregnancy and know more about their Marriage and Children

Supermodel Coco Rocha announced on the social media that she is going to become a mother for the second time.

She took the help of her little nugget, daughter Ioni Conran to make her announcement more special. In the video, her daughter suddenly pops out and reveals she is going to become a big sister. 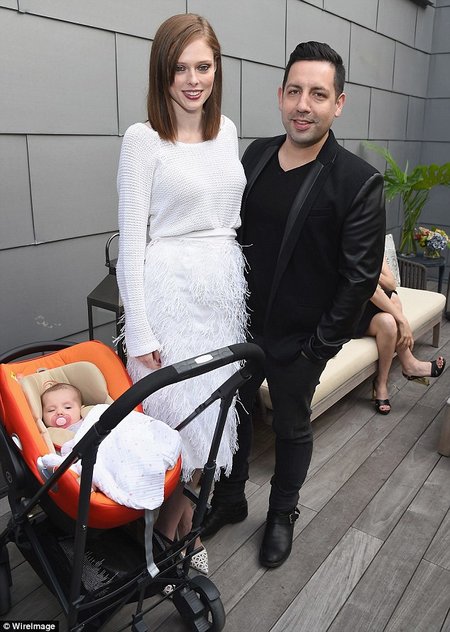 The video has been watched by over 25k fans and her fans congratulated the supermodel on the comment section. Judging by her belly size, we can make out the supermodel is in the initial stage of the pregnancy.

Your attention please! @ioniconran has a very important announcement to make!! #babyconran2

She revealed the big information after attending The Bloomberg 50 Celebration at Gotham Hall in NYC. In the video, she said,

"Your attention please! @ioniconran has a very important announcement to make!! #babyconran2."

In the cute video, both mother and daughter are wearing the matching outfits black in color. The 2-year-old cute nugget yelled, "Surprise! There's a baby in mommy's tummy!"

The location of the video is none other than her house in Westchester, New York. This will be the second child for her and husband, British muralist James Conran.

The pair welcomed their first child back on March 28, 2015. They tied the knot in 2010 after dating for some time.

As she herself is a famed model, many times she has been asked if her daughter wants to become a model just like her mother. To which she said,

“I don’t think so. You never want to do what your mom does. I keep saying she’s gonna be some sort of scientist. Something crazy where I just couldn’t help her with her maths or reading skills.”

Well, we hope her upcoming child bring more happiness to the already happy family of three. We congratulate the love birds.