Home Article BBC Radio 4's Martha Kearney, 59; see her journey as a wife and a Journalist

BBC Radio 4's Martha Kearney, 59; see her journey as a wife and a Journalist 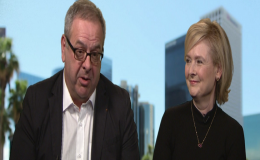 The BBC Radio 4's broadcaster, Martha Kearney is living a great life with her husband, Chris Shaw since a long time and yet has no children.

The Irish born English broadcaster, Martha Kearney is not a new face to us. She is currently working as the main presenter of BBC Radio 4's program "The World at One".

BBC Radio 4's Martha Kearney, 59, is not only a brilliant journalist but also a loving wife. So, today let us discuss the personal affairs of Martha including her married life.

Martha is very lucky when it comes to her personal life as she is a happily married woman. She tied her knot with a senior program controller of Channel 5 named, Chris Shaw in July 2001 at Depwade, Norfolk in a private ceremony with the presence of only close relatives, family and close friends.

The pair first met when they were both studying at Oxford and since then they are together. The couple is often spotted having a long walks and cycle rides.

Chris and Martha posing for a click, Source: Speakers of Schools and Eastern Daily Press

Even after years of their marriage, however, they still do not have any children. She is undoubtedly the best wife and we would love to see her being a mother.

Martha’s career as a journalist

Martha started her career in the journalism after joining the London-based national talk and phone in a radio station, LBC. In 1998, she joined BBC as appeared as a presenter from the BBC Radio 4’s Woman’s Hour.

Moreover, due to her dedication and determination, she became the political editor of BBC Two’s Newsnight. After that, she appeared in the BBC comedy series called, Time Trumpet. 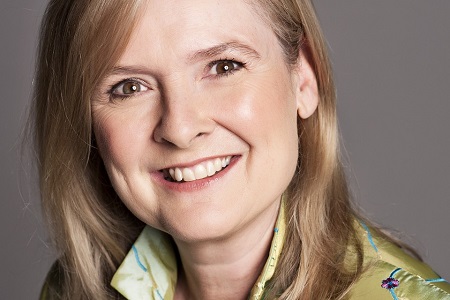 Well, she is surely a wonderful journalist and a caring wife. For more updates about your celebrity follow our page!!!!!!!!!!!!!!!!