Home Article General Hospital Actress Rebecca Budig Is Happily Married to Husband Michael Benson. The Couple Has One Daughter Between Them

General Hospital Actress Rebecca Budig Is Happily Married to Husband Michael Benson. The Couple Has One Daughter Between Them Beautiful Actress Rebecca Budig is Living Happily With Her Husband Michael Benson and Children. Know her Affairs and Relationships

After getting divorced for two times in a row, Rebecca Budig never expected that she'll ever marry again. Despite her two failed marriages, she opted to go for another and never looked back after that.

She currently enjoys her blissful marriage with her husband Michael Benson and their daughter. Today we're going to dig deep into their personal life and be up close and personal with them. After getting engaged in 2011, the couple tied the knot in a content ceremony with their friends and family in the attendance to bless the newly wed.

The former ABC executive didn't hold back on giving his soon-to-be wife a ring that she'll never forget. He chose a vintage 1935 ruby ring for his wife. Rebecca Budig showing her wedding ring while her daughter grabs her finger, Source:

If we take a close look at their marriage life then one thing is for sure, 'love is in the air.' They've stored a small fraction of their adorable relationship on their Instagram account.

They've stored a small fraction of their adorable relationship on their Instagram account. Take a look at their relationship and you'll feel happy.

Just another night out #goldenglobes

As if that wasn't enough, the couple welcomed their only daughter Charlotte Jo Benson on September 8, 2014. Their daughter is two-years-old now.

Before her marriage with Michael, she married Daniel Geller on June 1, 2000. But the marriage didn't work out and she divorced Daniel after living together for only a handful of months on October 2000. 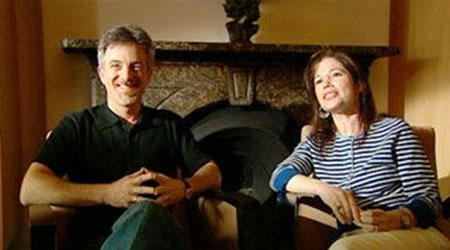 After her failed marriage with Daniel, she walked the aisle for the second time with her co-star on the show The Bachelors Bob Guiney. 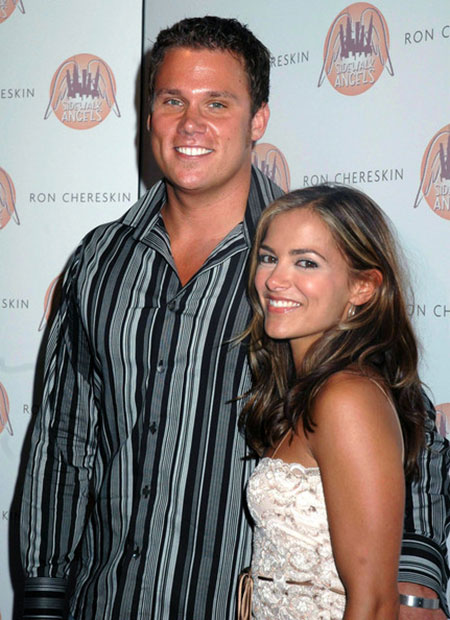 Rebecca with her second husband Bob Guiney during a charity function,

Her second marriage lasted for 6-years as she got separated from Bob in 2010 due to irreconcilable differences.

She was also in a relationship with Chris Barron and Matt Sorum. But after so many failed relationships, it's hard to believe but she's living happily with her husband.

Well, this is what we call fate and sheer willpower. If Rebecca would've given up on her marriage after two divorces, then she wouldn't be able to enjoy such beautiful relationship.

Rebecca with Michael at an Event, Source: Daytime Confidential

We can learn from Rebecca that no matter what, we must continue to move on and search for the worthy partner that'll stick with us until the bitter end. She completed her graduation from Cincinnati Public Schools School for Creative and Performing Arts. She later opted for Zoology as her major during her post-graduation.

She began her acting career in 1993. She's famous for her role in ABC's drama General Hospital which she joined back in 2015. She portrays the role of Hayden Barnes.

For her work, she got herself a Daytime Emmy Award nomination for her role in the TV series All My Children. She won the Soap Opera Digest Awards in 2003.