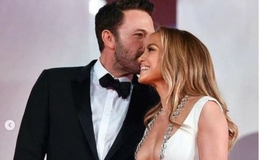 American actor Ben Affleck pushes off an intrusive fan who tried to click a selfie with his sweetheart Jennifer Lopez at Venice Airport.

On Saturday, the lovely duo Ben Affleck and  Jennifer Lopez walked through the Marco Polo Airport in Venice, Italy. At the time, an overzealous fan rushed up in an attempt to get a photo with the On the Floor hitmaker & the actor.

Upon realizing the fan's behavior, Lopez's 49-year old boyfriend stepped up to block the maskless fan that got a little too close to his girlfriend. 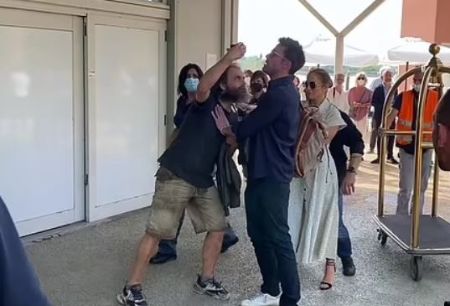 Ben Affleck pushes a fan who got a little too close for a selfie. SOURCE: The Image Direct

The event took place at the airport after Jeniffer accompanied him one day after the celebrity couple made their red carpet debut at the premiere of The Duel.

To be precise, a fan wearing a navy T-shirt and khaki shorts waited for them outside at the Venice Film Festival and then eagerly ran towards them to capture a selfie. The star pushed the man away to protect Lopez before their personal bodyguard stepped up. The security grabbed the fan's wrist & pushed him further away.

Well, the Good Will Hunting star said, "Woah, Woah, Woah," as he gently puts distance between the star-crazed fan and Jennifer by placing both hands on the man's chest. Ben then grasped JLo's hand with a sweet question, 'Are, you okay?' 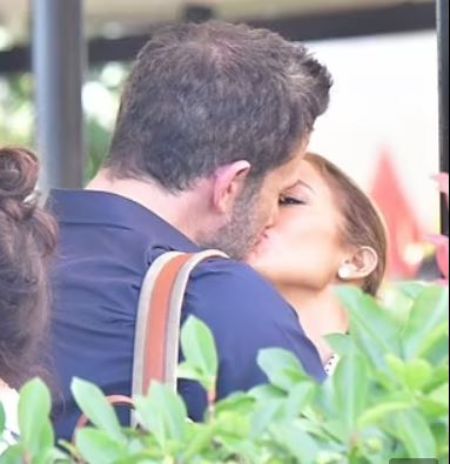 Once the path cleared, Ben was seen throwing his arm around her waist, resting his hand on her backside, and planting a series of face kisses before they shared a couple of smooches. After the scenes, the lovebirds continued to walk their way through the airport, holding each other's hands.

Having said that, the duo left keeping their heads low to avoid eye contact with anyone in the area around them. And, proving the utmost professionalism, Jennifer flashed a smile and even thanked airport personnel while strutting in a polka dot sundress and heels. 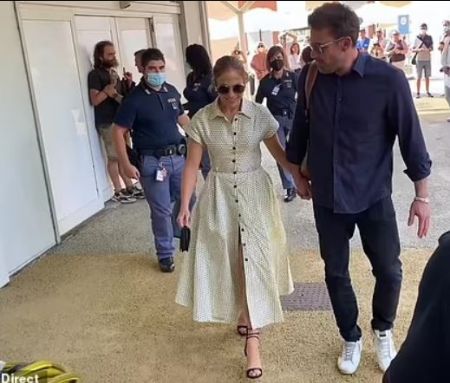 Ben Affleck & Jennifer Lopez walked their way through the airport once the path cleared. SOURCE: The Image Direct

Not to mention, this couple reawakened their relationship 19 years after their engagement and split. Since rekindling their romance at the end of April, they walked their first carpet together on September 10 in Italy. And, this was, infact, the first celebrity festival event, which the two attended together.