Home Article Bjorn Borg; Former Swedish Tennis player, what is he doing after the retirement? Know about his Married life, family, and Children

Bjorn Borg; Former Swedish Tennis player, what is he doing after the retirement? Know about his Married life, family, and Children 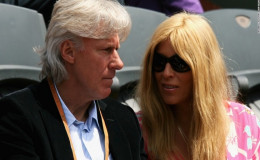 A former Swedish tennis player, Bjorn Borg is married for the third time with his third wife named, Patricia Ostfeldt.

A Former Swedish world’s no. 1 tennis player, Bjorn Borg,  who became the first Swedish to win over 10 grand slam titles in the Open era is an inspiring individual.  He played many tournaments and competitions before his retirement and became successful to win most of those with his great sportsmanship skill and spirit.

Other than that,  he is happily married to his third wife, Patricia Ostfeldt after two failed marriages. He is now well settled along with his family including his wife and children.

To know more about the life of the popular tennis player, stay on our page.

Living a happy married life along with his wife, Patricia Ostfeldt

Bjorn got married for the third time with the real estate agent, Patricia in 2002. The ceremony was held in the flower-filled 17th-century church with the presence of 130 guests including the close friends, relatives, and families. Moreover, the former tennis players including Mats Wilander and Ilie Nastase also attended the wedding.

They were looking really looking happy and stunning at the same time as the bride was dressed in a white lace gown with a bouquet of flowers. Whereas, the groom was dressed in a dark suit with a grey tie that complemented his look more. 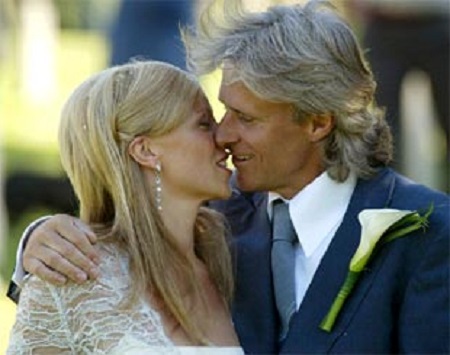 The couple has a huge age difference of almost 25 years and despite that, the couple could not stop themselves to fall in love with each other. This time, Bjron seems blessed this time with his third wife as they seem cherished with each other.

Moreover, the couple also got remarried for the second time in Las Vegas and posted the pictures on their social media.

As of now, Borg is spending more time with his family after the retirement also involving into the game as a captain.

Before getting married to Patricia, he faced two failed marriages and today he is moved on from his painful past relationships.

Bjorn was married for the first time along with Mariana Simionescu who is a retired Romanian tennis player on 24th July 1980 in Bucharest. 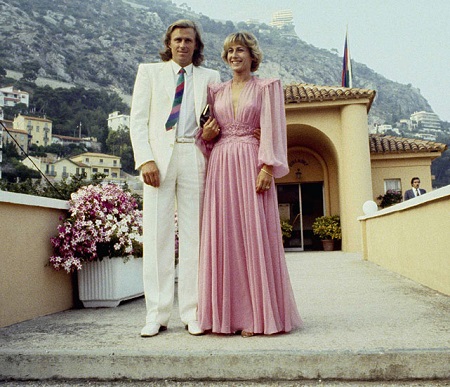 But years after their marriage, the couple got separated in 1984 after four years of their marriage. His former wife still adore him and loves him as previous as per her statement,

Furthermore, after getting separated from his first wife, he took a break from all those relationship issues and got married for the second time in 1989 with an Italian singer named, Loredana Berte. 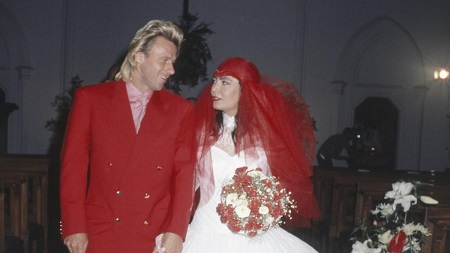 Bjorn and Loredana in a picture, Source: welt.de

Furthermore, he again faced a tragic ending from his second marriage and got divorced in 1993 and was forced to pay $15 million as a divorce settlement amount. Long years after the separation from his second spouse, he tied the knot with his current life and having a great relationship together.

Bjorn became a father for the first time in 1985 after the birth of his son named, Robin Borg who was born from Jannike Bjorling, who was a model. As per the speculation, the two dated for the certain times and gave birth to their child.

In addition, Jannike keeps her life low profile including his son who is one of the skilled tennis players as Bjorn. 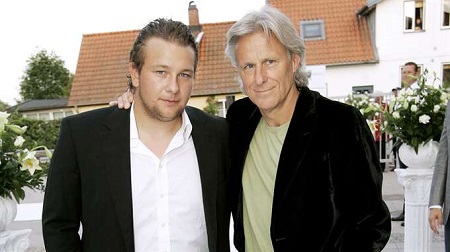 Bjorn and his on in the picture, Source: Expressen

Moreover, Bjorn became a father for the second time in 2003 after the birth of Leo Borg from his third spouse, Patricia.

His youngest son is exactly like him as he also has a keen interest in tennis like Brog and used to participate in several competitions. Both of his sons were interested in tennis as the player spirit is in their blood. 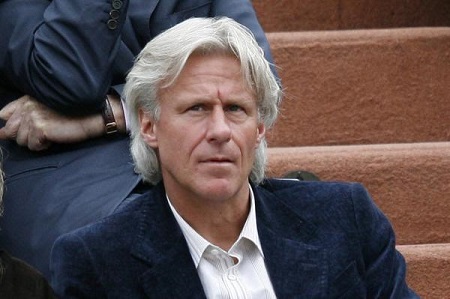 Bjorn in a picture, Source: UPI.com

For more articles and news, keep following our page!!!