Home Article Inside Bob Saget's Love Life: Everything to Know

Inside Bob Saget's Love Life: Everything to Know 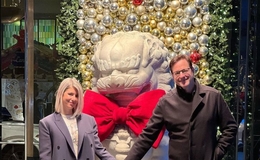 The complete truth about Bob Saget's Personal Life. The late comedian, who passed earlier this year, was married to his second wife, blogger Kelly Rizzo!

Bob Saget's name has been a fixated name on the headlines since the comedian's tragic death earlier this year in January. Saget was found dead in an Orlando room after performing a show the night before. It was later revealed that the comedian had died after suffering blunt head trauma (probably from a fall). Saget was as beloved as a comedian as he was as an actor. He rose to fame playing the selfless widowed father, Danny Tanner, in the ABC sitcom Full House. Throughout his decades-long career in television, Saget starred in many shows, including How I Met Your Mother, The Aristocrat, and New York Minute.

Born Robert Lane Saget on May 17, 1956, in Philadelphia, Pennsylvania, he got his first break as a member of the CBS The Morning Program. It wasn't long before Bob landed his career-changing role in the fan-favorite sitcom. During his eight-year-long stint as the widowed father of three, Bob also carved a notable profile as a stand-up comedian, distinctively known for his blue humor.

The Surviving Suburbia star was a married man when he died an untimely death. Saget was married to Kelly Rizzo, a blogger, and a radio contributor. Rizzo was Saget's second chance at love, although fate made it brief. As the dissection of the late comedian's life, be it his career, personal life, or the events leading to his death, has been on full blow, here's a look back at Saget's relationship with his surviving wife. The duo met in 2015 through some mutual friends, and Saget had been single for a long since his split from his first wife. 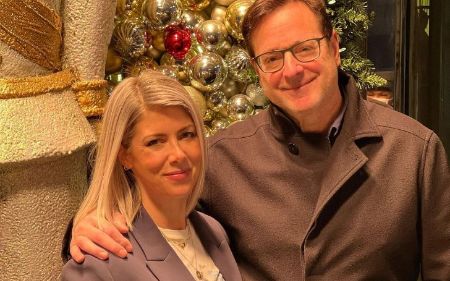 Rizzo, who is over 2o years younger than the comedian, recalls how Saget first approached her. "He said, 'Hey, want to come to a show of mine and then go out for some burgers and lobsters?' And then I was like, 'Oh no, I kind of like him." It was a hush-hush romance until the twosome came clean about their engagement in 2017. "In case you're wondering, we were celebrating our engagement," Saget wrote in a post. The couple's betrothal smoothly transpired into a timely wedding without any glitzy headliner or drama in October 2018.

Saget and Rizzo tied the knot in 2018 after over two years of romance!

Saget and Rizzo said their "I do's" in a private wedding ceremony on October 29, 2018. "Okay, so we went and did it. And damn, are we happy," Saget said in great enthusiasm while his then-new bride said, "the night was perfection, and the love and support from our family and friends were overwhelming," Rizzo added, “Oh, and the food was fantastic." Rizzo would often give her followers some insights into her marital life with the comedian, but only on the surface lo. 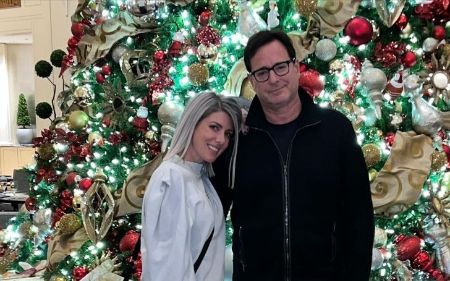 Saget is survived by his wife, Kelly Rizzo, and his three daughters from his previous marriage. SOURCE: Instagram

"Though being viral is part of my business, I still try to be fairly private when it concerns our relationship," the Eat, Travel Rock TV host explained, adding, "but I will say that Bob and I are incredibly lucky to have found each other, and I love all six of his personalities." The spouses consciously decided to refrain from welcoming any child of their own, as the late comedian had three daughters from his previous marriage. "Kelly and my daughters love each other, so it really is some magical thing that happened," the Full House actor said. 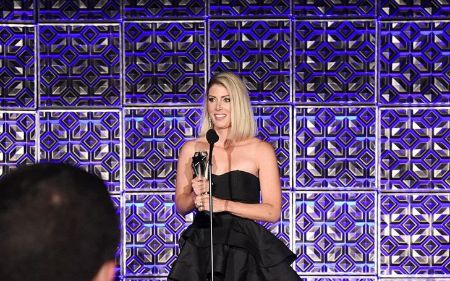 The pair's last adventurous moment came days before Saget's death as the twosome celebrated what would be their last Christmas together in 2021. "Merry Christmas Eve, everyone! So happy to spend my first Christmas with @bobsaget (even though we've been married for over three years!) because he's finally in Chicago for the holidays," the blogger wrote as she shared a loved-up picture of her and the comedian.

The Fuller House actor remained a bachelor for over twenty years following his first failed marriage. Bob was yet to land his breakthrough and was merely juggling from one show to another when he married his teenage sweetheart Sherri Kramer in 1982. It was five more years before the comedian would embark upon his highly-promising career and gain some stability in his married life with Kramer. 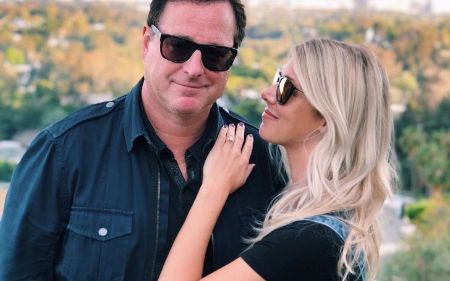 Saget was married to Sherri Kramer for more than a decade. SOURCE: Instagram

The couple's divorce was finalized in 1997, and during their fourteen years long marriage, Saget and Sherri had three daughters, Aubrey, Lara, and Jennifer. It was like Saget had translated his reel life into reality, and as much as the actor loved playing a doting father to his three onscreen daughters, Saget cherished his daughters. The comedian's first failed marriage may have left him with some sore experiences, but it also gave him his children.

"The best thing I’ve done, the highest thing in my whole life, is my daughters," Bob once said, adding, "if everything in my life is raised to the level of how great they are, then that would be a great thing to have achieved." We may never find out the complete story behind Saget's relationship with Kramer and their subsequent split, but the late comedian's fervent fans can rest assured that Bob didn't regret his years with his first wife.

Although the late comedian thrived on his typical raunchy jokes, Saget's love life didn't fit Bob's sense of humor. Saget was known to be a family man in his close circles, and a few who dated him remember him as the finest gentleman. Saget's ex, Juliet Angus, who he dated after his split from Kramer, mourned the comedian's death in a long, heartfelt tribute. "I dated some big jerks in my 20s. He was not one of them—a good man. Gone to [sic] soon," Angus writes.